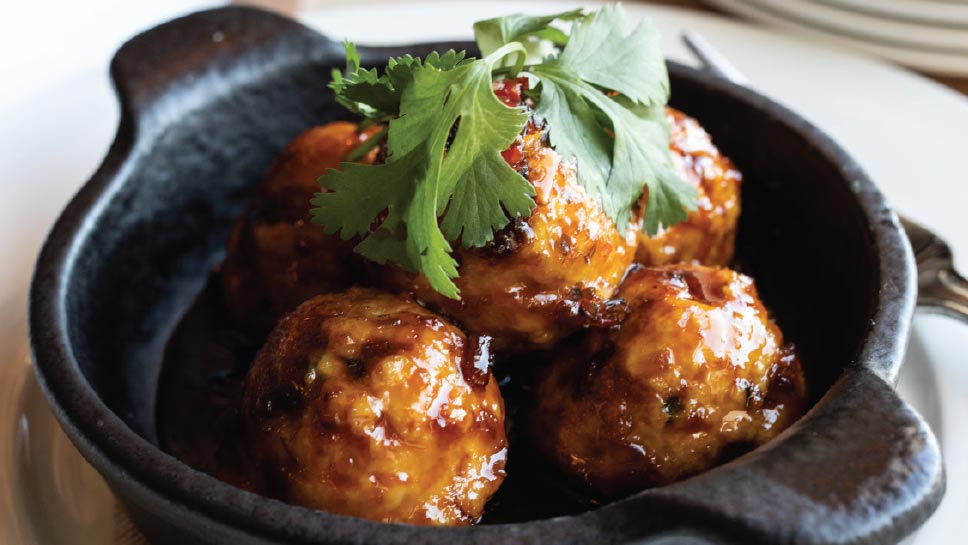 The new Beatrix outpost in Oak Brook was built for health-conscious shoppers. PHOTOGRAPHY BY ROBIN SUBAR

In recent years, Chicago’s very own Lettuce Entertain You Enterprises has become rather smitten—some might say spellbound—by the great state of California. In some ways, that’s not exactly shocking. When you’re a born-and-bred Midwesterner of a certain age, your eyes tend to drift southward to Florida or west to California’s sunny shores.

Nevertheless, Lettuce’s restaurant portfolio has been rebalanced of late to capitalize on what it perceives to be our affinity for clean California lines and even cleaner cooking. There’s Lettuce’s Summer House Santa Monica concept, whose glass-house aesthetic and airy open concept was designed to pull in more sunlight than a Dodgers game. Aba and Ema, which is Mediterranean food with a California lilt. And, of course, a rollout of various
Beatrix locations, which splice together a California ethos with middle America’s love for comfort food classics.

The recently opened Beatrix in Oak Brook stays true to that formula. We’ve stayed in hotels in the heart of Palm Springs that give off a fainter Palm Dessert vibe than this dining room. With its sleek Mid-Century modern design, its affinity for hanging ferns and full line-up of freshly squeezed juices (including charcoal-infused lemonade and kale-infused juice drinks), it’s so ’70s-California you almost expect a refrain or two from “Come and Knock on My Door” to make its way onto the sound system.

Never mind that earlier incarnations of Beatrix were housed in a hotel, a hospital, and Fulton Market, Beatrix was destined to find its way into a mall like Oakbrook Center. It’s tailor-made for weary shoppers, who can grab coffee, baked goods, teas, and juices or simply park their shopping bags in the restaurant’s spacious lounge and tip back a few feel-good cocktails.

I suspect what’s made Beatrix such a hit here in the Chicago area is its decidedly Midwestern take on what constitutes “healthful” eating, which ping pongs between bowls of vegan tomato soup and grilled swordfish kabobs with quinoa rice pilaf to diet-busting slices of caramel pie. 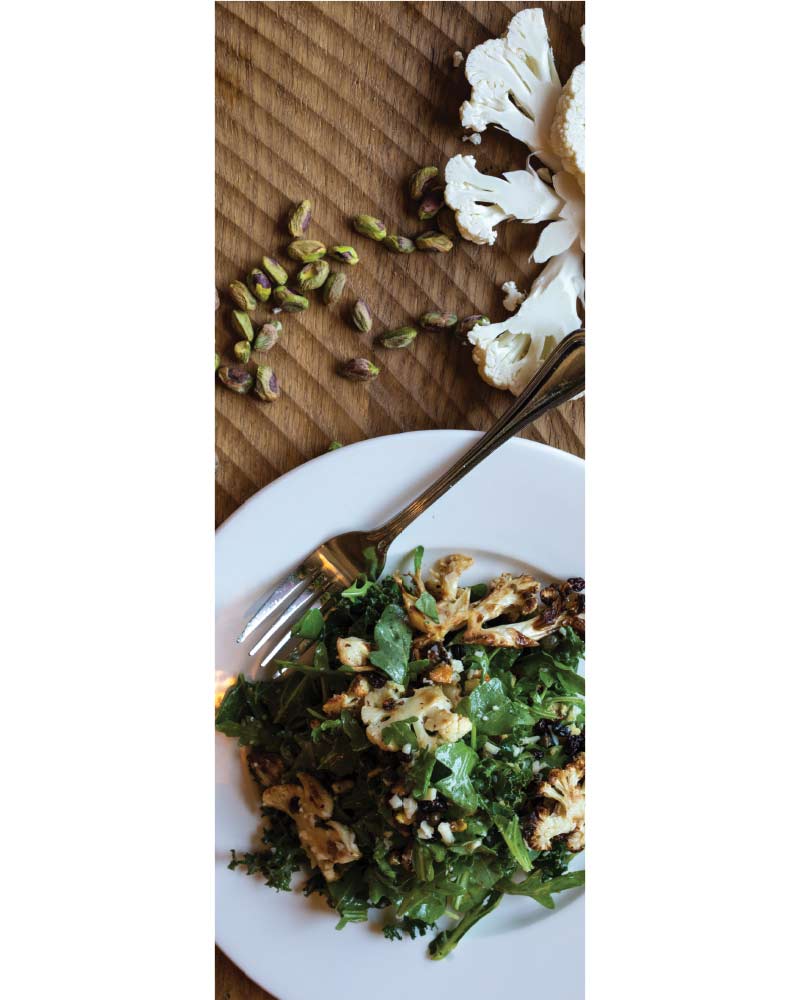 These are clean, no-fuss preparations, as light as a seaside breeze blowing in from Long Beach. The glazed chicken meatballs that are soft and fluffy as little round mounds of poultry are likely to get with just a hint of spicy ginger on the backend. And an ahi tuna crudo offering topped with what else but avocado is shaped into a ramekin and topped with crunchy rice noodles and a thin soy dressing.

As you’d expect, much effort has been put into creating winning salads. The best is a guilt-free jumble of feel-good kale and peppery arugula. Instead of being embalmed with your typical pucker-inducing lemon dressing, they’re dressed with a nutty pistachio vinaigrette and plenty of capers and grilled cauliflower. The result is more briny—like a meal enjoyed on the edge of the ocean—than a simple citrused pile of greens.

Entrees tend to lean more toward comfort food classics. The house meatloaf, for example, is made from turkey, sweet potatoes, and greens, instead of beef. And the wagyu pot roast isn’t a gravy-fest. Tufts of beef are formed into what looks like—and are as tender as—a boneless filet mignon and set in a brothy jus that runs across the plates onto a giant mound of carrots, dynamite mashed potatoes, and a side of ultra-creamy horseradish sauce. You eat it like you would a prime rib—dipping the beef into the horsey sauce and moistening it with the jus. It might just be the least messy stew in the state.

The best entrée, however, is the pan-seared Chilean sea bass, which reduces white wine, onions, and lots of fennel into something approaching a licorice-spiked soubise. Topped with fennel fronds and rimmed by a bright garden-fresh green oil, it’s the ultimate example of how a simple California sensibility can be fused with a Midwestern bounty of onions and spice.

After we’d spooned that dish clean, we were open to ordering just about anything for dessert and found the star of the list to be a lime chiffon pie that’s whipped up—almost like an aerated Key lime yogurt—and set on a thin buttery slip of a crust. By this time, we’d decided shopping could wait; there were a few cocktails calling our name and no need, quite yet, to dispense with all the positive vibes or leave the great state of Beatrix.

Kudos to Beatrix for refusing to churn out yet another classical cocktail program. In addition to a first-rate juice program and a mini wine counter, the bar slings out cocktails that leverage spice-infused tinctures and plenty of freshly squeezed fruit juices.

Green Machine: A shot of basic vodka is poured into a guilt-free blend of greens, lemon, and pineapple juice. A liquid salad never tasted—or made you feel—this good. 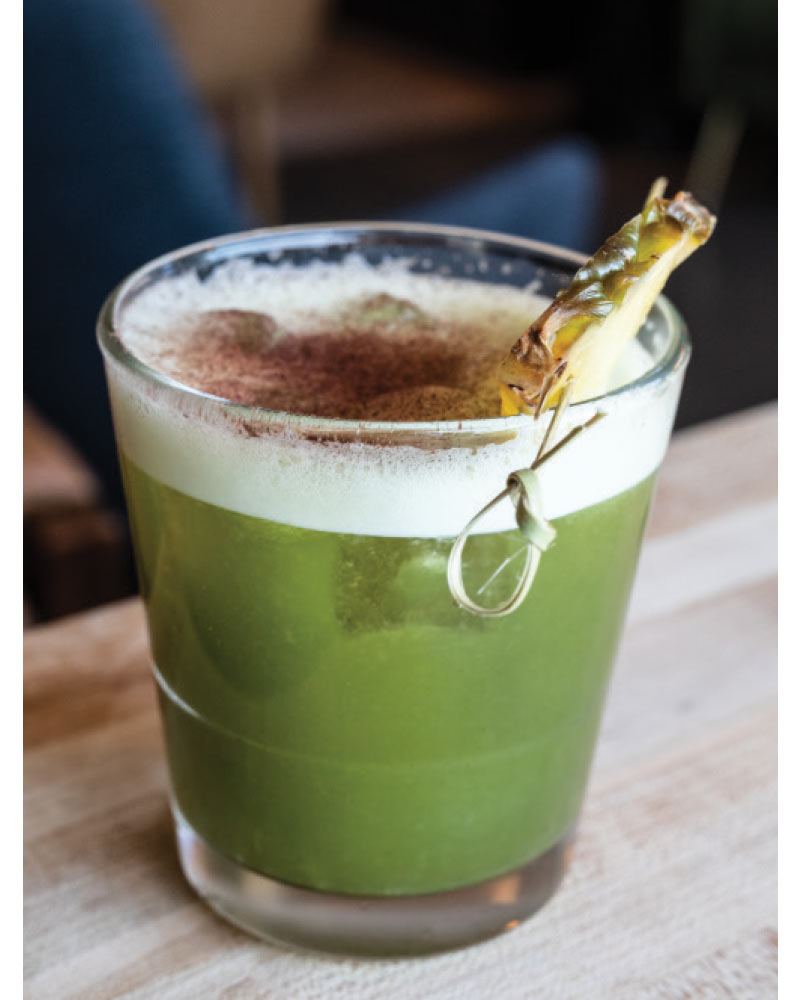 Warrior Rose: Whip-smart mescal-meets-mango cocktail brimming with smoke and tropical fruit notes. All those muscular flavors are cooled by frothy roof of egg whites and a sprinkle of angostura bitters. 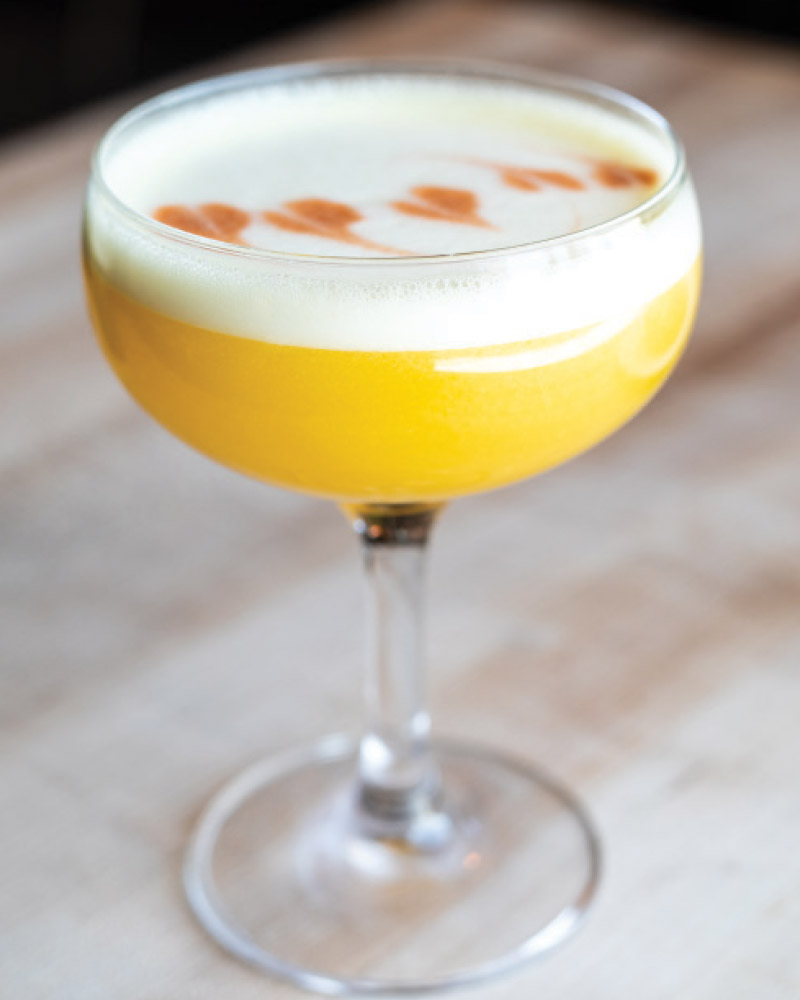