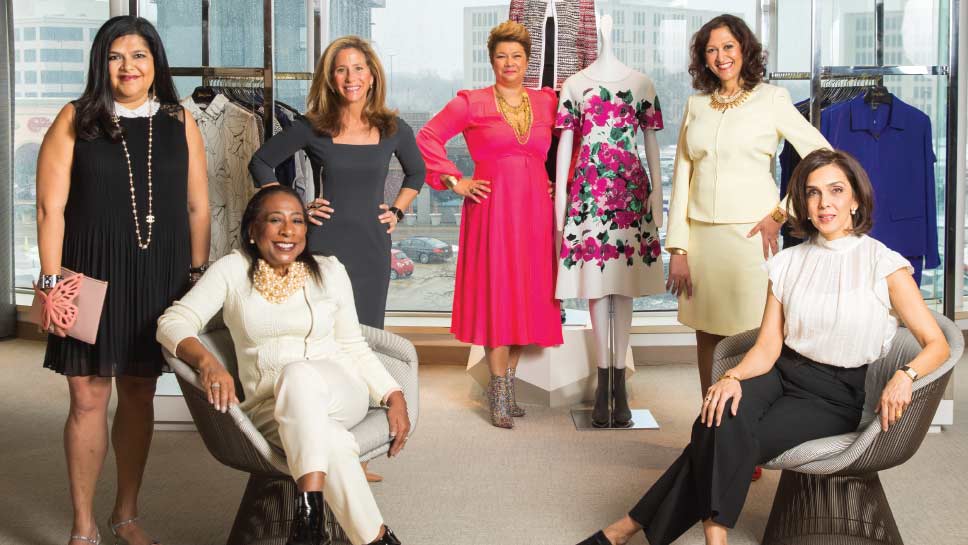 The women behind the Western Suburbs Giving Circle take philanthropy into their own hands to help local girls and women. PHOTOGRAPHY BY ROBIN SUBAR

Four years ago, Varsha Pancholi, Bernadette Chopra, and Munira Patel of the Western Suburbs decided to take matters into their own hands to help local girls and women in need. They formed the Western Suburbs Giving Circle to bring together like-minded women who combine their charitable dollars and then collectively decide where they want to donate. No intermediaries, no overhead, no red tape.

“We are women from different backgrounds, ethnicities, and professions who pool our resources together to make a gift that makes an impact,” says Anita Mital, this year’s co-chair of WSGC along with Sonal Gupta and Nancy Rizzuto. “The charities we’ve picked each does a different type of work to make an impact on the women and girls at different stages of their lives.”

Since its inception, WSGC has awarded grants to four local organizations totaling $64,800. The group focuses on helping girls and women achieve economic security and freedom from violence, and also seeks to build relationships with women and organizations in the area and to increase investments to women and girls.

One such organization is 360 Youth Services based in Naperville, which provides transitional housing and life-changing services though substance abuse prevention education, counseling, and housing.

“Girls residing here are very thankful that the women of West Suburban Giving Circle have helped them hang on to hope regardless of the events leading up to becoming homeless,” says 360 Youth Services Executive Director of Programming Deb Robinson. “We are very grateful for the funding support received from WSGC, which has allowed us to continue housing homeless females who do not have safe and stable housing, and also helps with transportation costs for the girls to get to and from work, college, and vocational programming.”

The Western Suburbs Giving Circle is one of six auxiliary giving groups of the Chicago Foundation for Women (CFW)—established in 1985—which have formed in surrounding suburbs by women who want to take an active approach to directing their charitable donations. Since its inception, CFW has made more than 3,800 grants to hundreds of organizations totaling over $32 million.

The concept of giving circles is not a new one, but has gained popularity in recent years to those who want to invest their charitable donations in a member-led, member-driven organization.

“The whole concept of giving circles is on the rise,” says WSGC founder Munira Patel. “The fixed amount we donate is given to the specific organizations we select. I like that we are seeing the impact of our work and improving the communities around us.”

In fact, a recent study conducted by the Collective Giving Research Group (a group of researchers who study collaborative giving) and published by the Women’s Philanthropy Institute suggests this type of philanthropy is growing. Between 2007 and 2017, the number of giving circles in the U.S. tripled, the study found, and there are now more than 1,500 across the country, the researchers say. Younger givers who favor a more collaborative approach to philanthropy than their parents, and women in particular, are fueling the current growth.

The women of WSGC are a case in point. With support from CFW, and using its grant making guidelines, members learn about and participate in the grant making process—members nominate organizations, review proposals, participate in site visits, and make funding recommendations.

All grants made are from funds contributed by members who each donate $1,000 annually—no fundraising events required. The Giving Circle meets 4 to 5 times per year, evaluates requests, and makes grant decisions as a group. In just four short years, WSGC has grown from three members to 14 to nearly 35 in 2019.

“We have a fair process,” explains Mital. “Each member gets one vote and we determine, in a democratic fashion, who we are going to give the grant to and what amount. The charities we have supported so far all do amazing work and sometimes the hardest decision is who to give the grant to.”

“I joined the giving circle because women can change the world,” says Rizzuto, co-chair who joined WSGC three years ago. “When women come together to support one another, we change our families, our communities, and the world. I believe passionately in using our resources to make an impact at the grassroots level to help at risk, marginalized women support themselves.”

For more information about Western Suburbs Giving Circle or to inquire about becoming a member, contact Anita Mital, 630-205-8224, [email protected]