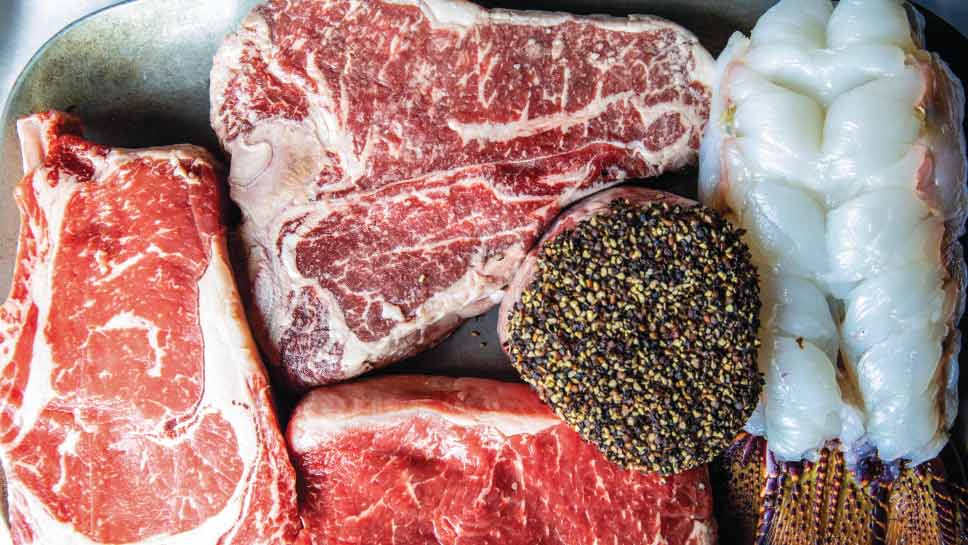 Some places—if you’ll forgive my unpolished Chicago patois—just got it. They have so much pure, unadulterated restaurant magnetism that they seem to suck up diners with the gravitational pull of a black hole.

Every night, without fail, the front doors swing open and in the hungry crowds flock, table by table, seat after seat, to the point where the competition can’t help but ask that saddest of questions: What exactly do they have, that we don’t?

In the case of Gibsons in Oak Brook—or for that matter, any Gibsons outpost—the answer is pretty simple: good old-fashioned consistency.

A lot of restaurant groups claim they can export the spirit of their downtown locales to the suburbs, but Gibsons has, in essence, cloned its flagship restaurant and artfully re-created its see-and-be-seen vibe in our neck of the woods. 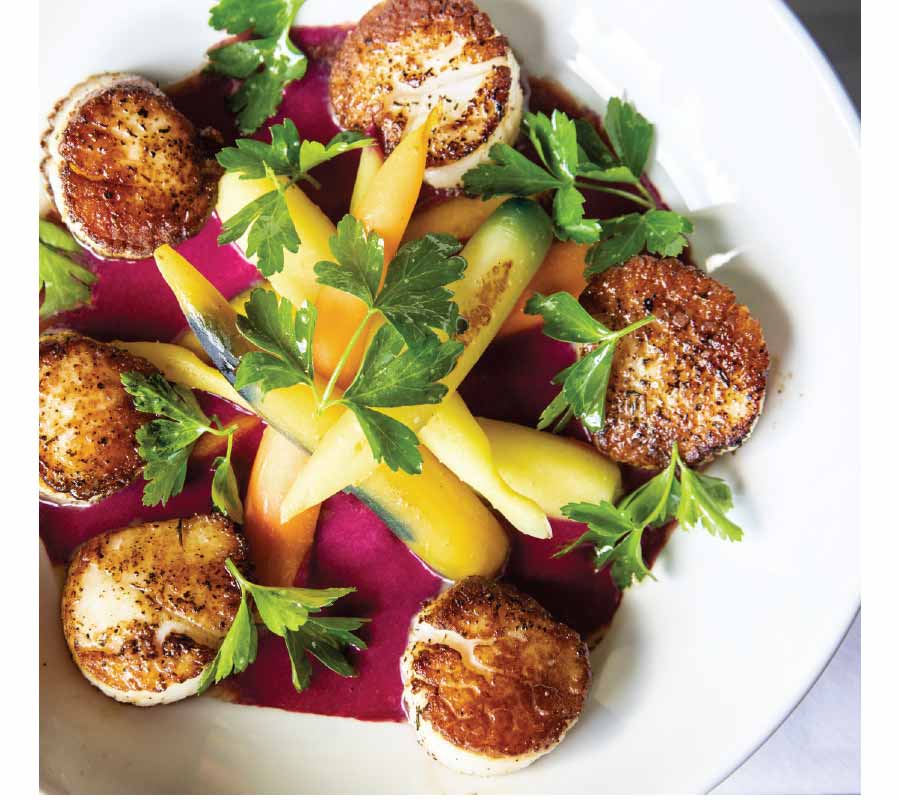 If you happen to feel a tidal wave of déjà vu wash over you upon entering Oak Brook’s dining room—with its old-school red banquettes and potted plants—it’s because the space is a facsimile of Gibsons downtown, right down to the orientation of its cozy window-lined backroom.

Thus, what you get on Rush Street, you’re going to get in Oak Brook. Pretty people sipping non-ironic martinis at the bar? Check. Enough signed snapshots on the walls to make you feel nostalgic about the days before camera phones? Check. Waiters hauling around giant platters of raw steaks. Check. 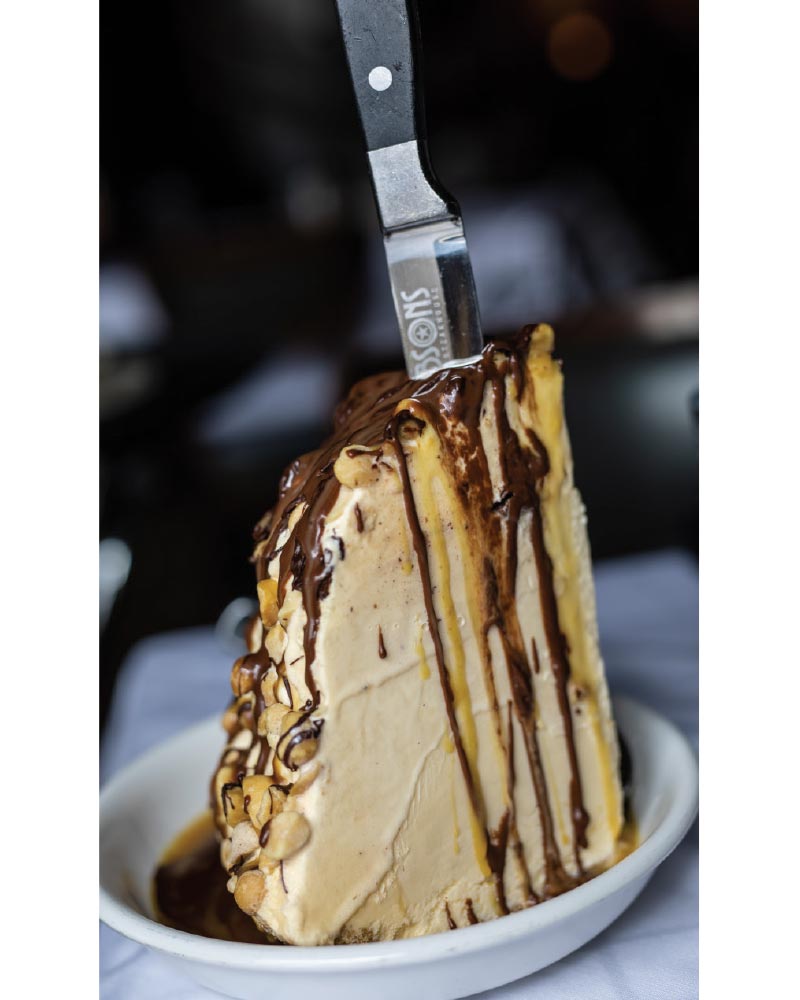 No. 1: Hospitality. The wait staff takes care of people, meaning you’re as likely to run into a pushy waiter angling to upsell you on a premium vodka as you are to leave this place feeling hungry. Not going to happen.

No. 2: Quality. When Gibsons says they serve steaks you can’t get anywhere else, it’s not marketing bluster. The USDA has awarded Gibsons its own USDA Prime certification. Translation: Corn-fed for about four months and aged for about 40 days, which produces as much marbling as a Caesar’s Palace bathroom.

No. 3: Value. How many steakhouses still offer a free cup of soup and side salad with your steak? Gibsons does, so go for the lobster bisque and follow it up with a seafood appetizer, preferably the house’s sesame-seared tuna, which tastes like it was pulled out of the ocean.

Over the years, we’ve learned how to order like one. When it comes to steaks, you really have two choices. If you go with a classic Gibsons steak, order it medium so the kitchen can melt the marble and highlight that Midwestern corn-fed goodness. You’re going to get a steak with distinctive rings of flavor: a charred crust as blackened as Texas brisket laid over an outer layer of gray meat, a pink center and a small bulls-eye of juicy red in the center. Texturally, it’s tataki-esque: crispy then soft. The sort of steak that makes martinis sweat with anticipation.

That being said, the newest addition to the menu—if you don’t count the new Gold Helles Lager conceived by Gibsons and produced Haymarket brewery—may be more impressive. Once Gibsons Italia opened at Wolf Point, the other Gibsons restaurants, including Oak Brook, began selling a 75-day-aged grass-fed steak from Australia.

Some grass-fed beef can be flinty—they can taste like the hayseed on the way down—but not here. It’s the Pinot Gris of the steak world: supple, mellow, and—dare it be said—slightly more tender than the Gibsons classic. Order a side of the house’s double-baked potato and you’ve got the steak and spud combo of the future.

Seafood lovers would be remiss if they didn’t order the seasonally changing scallops offering, one of the only dishes that Oak Brook’s chefs are allowed to experiment with on seasonal basis. Ours included charred carrots and a reduced beet puree with enough complexity to put an Eastern European borscht to shame.

Just make sure to leave room for dessert. Gibsons in Oak Brook is the only Gibsons spot to offer a dessert that doesn’t threaten to send you into diabetic shock. (It’s a rather simple yet satisfying bowl of mixed berries in crème anglaise).

But how can you resist ordering at least one of Gibsons’ cakes? The carrot cake is good. The caramel-drenched Homer’s ice cream turtle pie is better. Whatever you order it will be sumo-sized and arrives with a knifed plunged into its center like King Arthur’s proverbial sword in the stone.

Fitting I think. For what can you say about the pie—and this place—other than it’s pure Chicago magic?