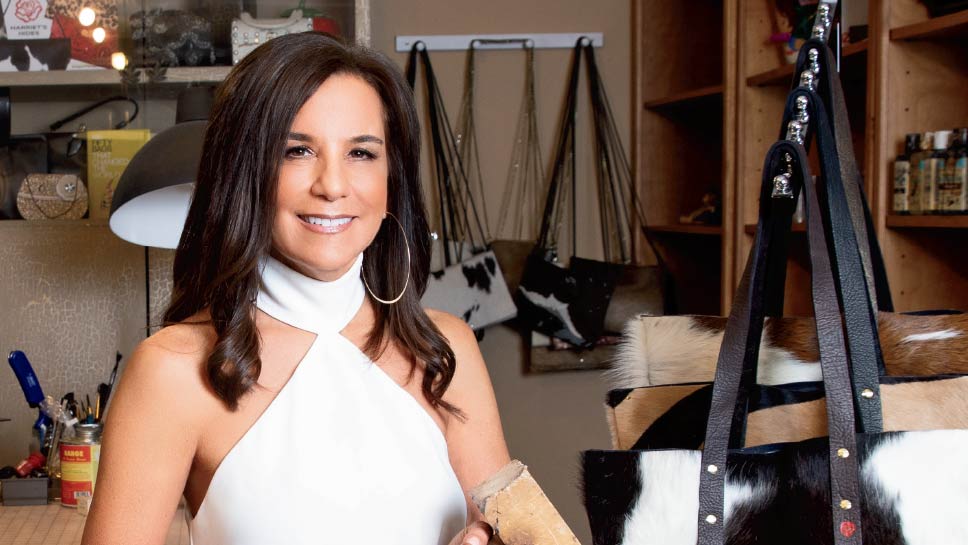 Known as Harriet’s Hides, Sheryl Rosenberg’s handmade hair-on-hide handbags are a true labor of love, dedicated to her beloved late mother, Harriet Waldman. Hinsdale’s Sweet William boutique is one shop where you can find yours. PHOTOGRAPHY BY ROBIN SUBAR

Sheryl Rosenberg’s journey to handcrafting her own line of handbags began with a chance encounter in Minnesota. While at a baseball game, she spied a woman carrying a cowhide tote bag. Introducing herself to this stranger, and complimenting her purse, Rosenberg discovered her new acquaintance was a local boutique owner that sold cowhide bags.

Rosenberg snapped one up, receiving compliments on that tote everywhere she went. “I just knew I had to figure out how to make these bags,” she recalls. In a clever display of forethought, she began collecting the email addresses of everyone stopping her on the street to ask about her tote, building her future client base.

The budding designer already knew a thing or two about the materials she’d be working with—her uncle Goodman “Goodie” Tasman began a family business processing hides back in 1947, now a world leader in the leather industry—and had a mind for creating and for business. Full of entrepreneurial spirit, Rosenberg began a successful ceramics business as a new mother more than 30 years ago, and later joined a party décor company, where her centerpieces garnered attention for many years. 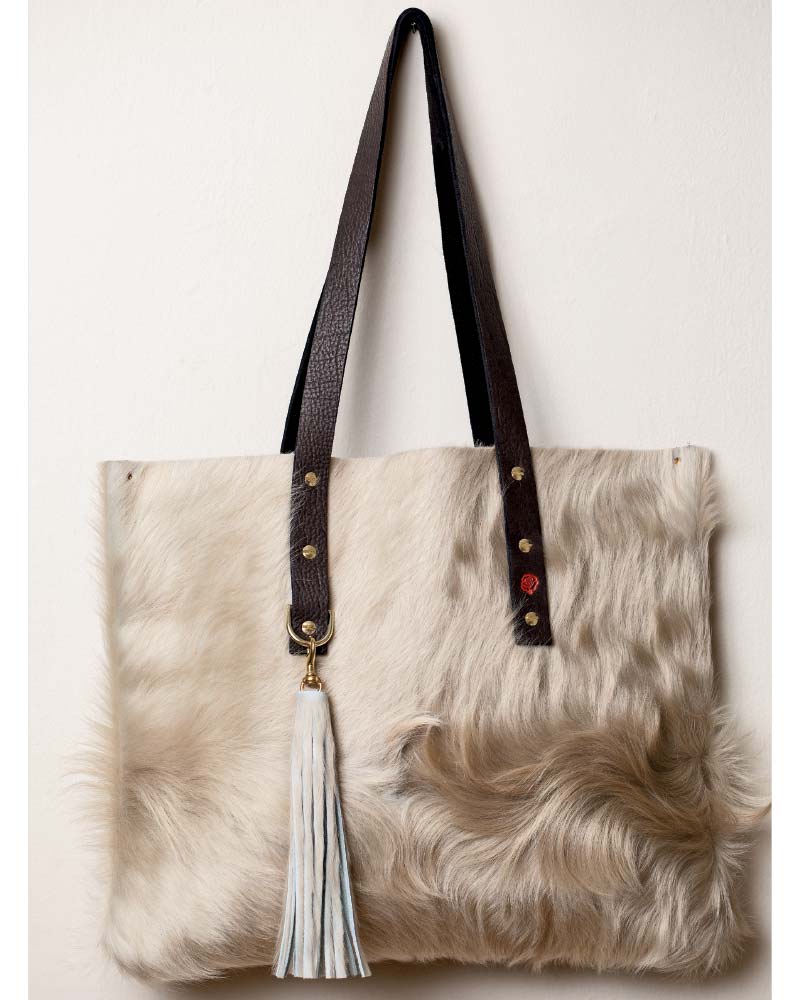 Originally from Louisville, Kentucky, she raised her two children—sons Jordan and Jason—in the northern suburbs of Chicago before moving to Rogers Park. It was in her new neighborhood that she discovered the Chicago School of Shoemaking and Leather Arts participating in a community event. She contacted owner Sara McIntosh, with whom she spent countless hours learning precise leather-working skills.

At a birthday party on the North Shore, Rosenberg was wearing one of the new bags she’d just made. “The girl next to me said, ‘I love your bag! Where did you get it?’ It was the first time I was ever able to say, ‘I made it.’ She was not expecting that response! She told me she wanted to be my rep and by the time I got home, she’d already written me an email!”

While starting out on this new endeavor, Rosenberg’s mother, Harriet Waldman, a nursery school teacher for nearly 50 years and party planner in Louisville (“She was a part of people’s lives from when they were children to creating their bar mitzvahs and weddings,” Rosenberg shares), was diagnosed with lung cancer, despite never smoking a day in her life. Known for her upbeat, rosy personality—accentuated by the rose she always wore on her lapel—it was Harriet who would become the inspiration for Rosenberg’s project, its namesake, and its signature: each purse is hand-stamped with a red rose. 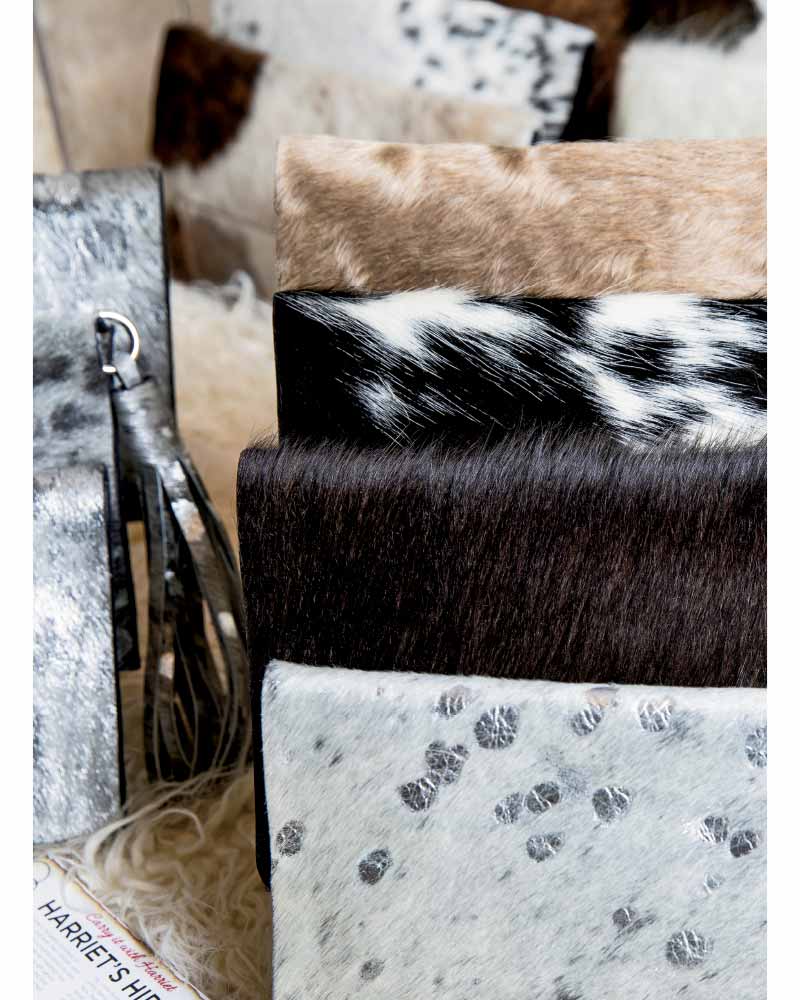 In 2014, Harriet’s Hides was first showcased at the One of a Kind show at the Merchandise Mart alongside her former mentor, McIntosh—Rosenberg is now in her third year of exhibiting solo at the show.

“Though mom is no longer here, she is part of so many women’s lives through these bags,” she says.

Her totes, hobo bags, clutches, and more can be found at City Soles in Chicago and Sweet William in Hinsdale, but the designer says the best way to learn about the bags is through a visit to her Rogers Park studio to see the process and variety of styles in person—and maybe even meet her apprentice, Laide Asolade, from Nigeria. For those too far afield, or just more digitally inclined, Harriet’s Hides will be launching e-commerce this spring.