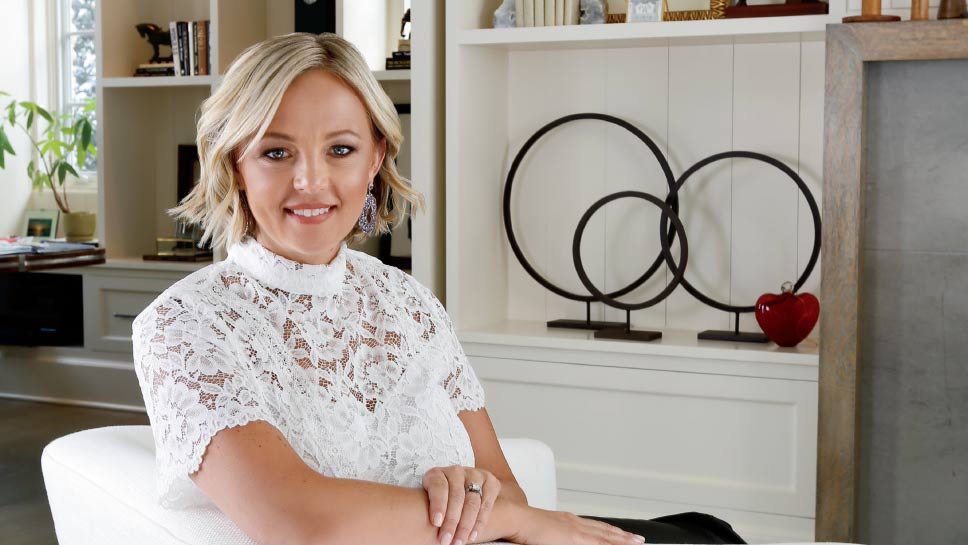 Hinsdale’s Irene Wood shares her journey to the debut of her luxury glamping concept in Western Michigan this summer. PORTRAITS BY MONICA KASS ROGERS, INTERIORS BY FIG MEDIA

Irene and Cary Wood count themselves fortunate to have traveled to some of the most luxurious resorts and exotic destinations in the world—Ritz Carlton Reserve in Krabi, Thailand; Intercontinental in Da Nang, Vietnam; Inn at Palmetto Bluff, South Carolina—the list goes on.

Last summer, Irene Wood wanted to change things up a bit and suggested they try glamping—a high-end, more glamorous version of camping with posh accommodations. They booked a trip to Big Sky in Montana, but they were a little dubious. As they pulled onto the dirt road and during the ten-minute drive to the main lodge, they whispered to one another that they might just check in, stay for one night, and then get the heck out of Dodge and come home.

They were downright nervous. After all, there were moose and bear to worry about.

On the first night, after an early dinner they found themselves back in their tent by 7 p.m. They looked at each other as if to say, “Now, what?” No TV, no Internet.

“So, we played Scrabble in the thunderstorm, and woke up to snow on our tent,” says Wood. “When we removed all the external expectations, like the dreaded ‘what to pack,’ blow drying my hair, and putting on makeup, I was able to be me again and just play. By the fourth night, we didn’t want to leave.” 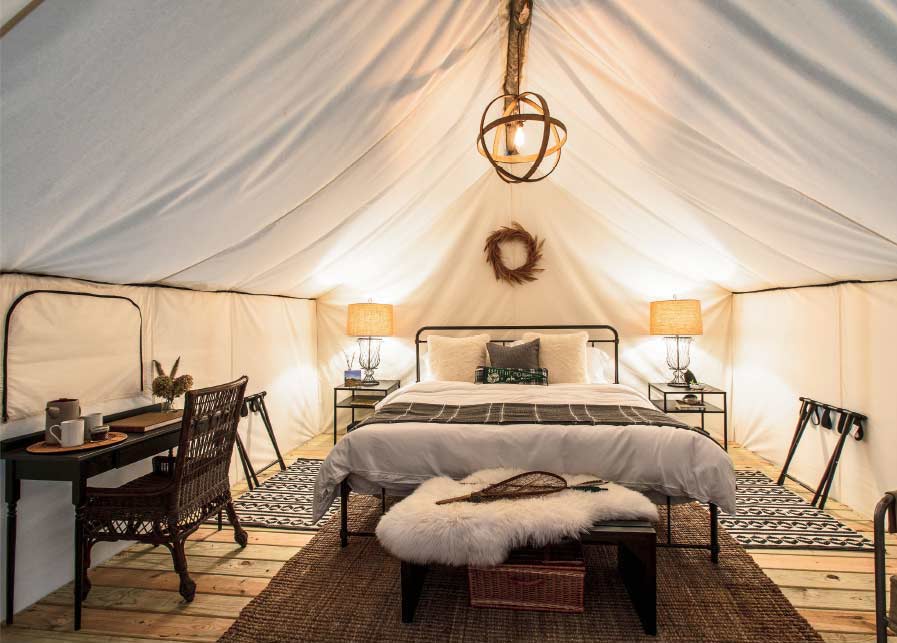 They were hooked, and Irene wanted to do it again, only closer to home. “I thought, ‘there has to be something nearby,’ but there was nothing.” That was Wood’s light bulb moment—an epiphany that has now become a business enterprise.

This summer, she will unveil her new luxury-tenting concept, The Fields, on a blueberry farm in Michigan.

But, why a blueberry field? Why Michigan? Why Wood?

“I grew up between town and a farm in South Haven, Michigan,” says Wood. “My parents were divorced. Mom lived in town, and dad lived on ‘The Farm’.” It was a working farm, with cows, pigs, corn, and soybeans. In town, we were two blocks from the candy store and the movie theater. It was a dichotomy for sure.”

But it speaks to Wood’s appreciation for and love of both worlds. 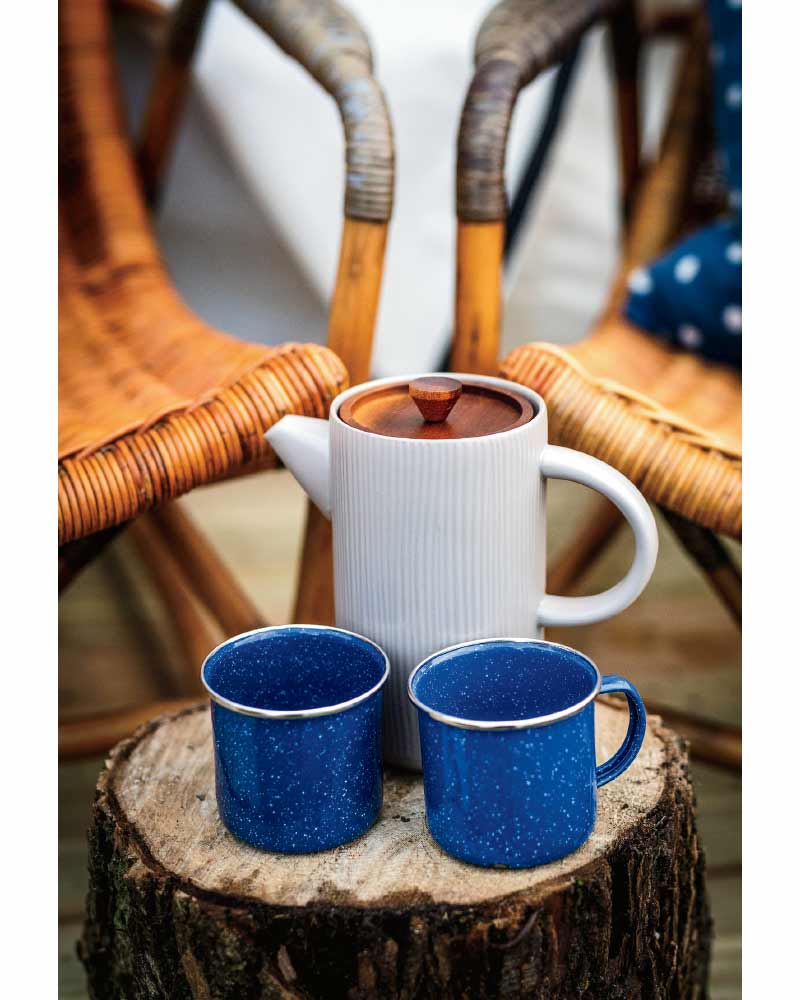 At Western Michigan University, Wood studied math and chemistry even though she loved (and squeezed in some electives) the romantic subjects of literature, art history, and women’s studies. “There is a part inside everyone that is hidden,” she says.
This is the part that she is exploring now.

But Wood was practical, and she was already a single mother while still in college. She wanted to be able to support her children. So, she got a job as an engineer for an automotive company and later moved into the pharmaceutical field. Along the way, she met Cary, they married, and eventually moved to Hinsdale for his work as CEO of a private equity firm in Chicago.

“Our first introduction to Hinsdale was while visiting my brother-in-law, his wife, and family,” Wood says. “The first time we drove down the streets in town, we thought it was the cutest, Mayberry sort of town.”

When they came in again to visit during Halloween, they were sold. They bought a lot, and built their own home.

Wood stopped working so her husband could focus on his rigorous work demands and she could be a full-time mom to their three children, Ben, Layla, and Max. She also has a grown stepdaughter—Liz, who recently moved to Hinsdale. Wood fulfilled her need to work and be creative through her involvement via her husband’s membership in with Young Presidents Organization (YPO). This is where the party and event-planning piece comes in. 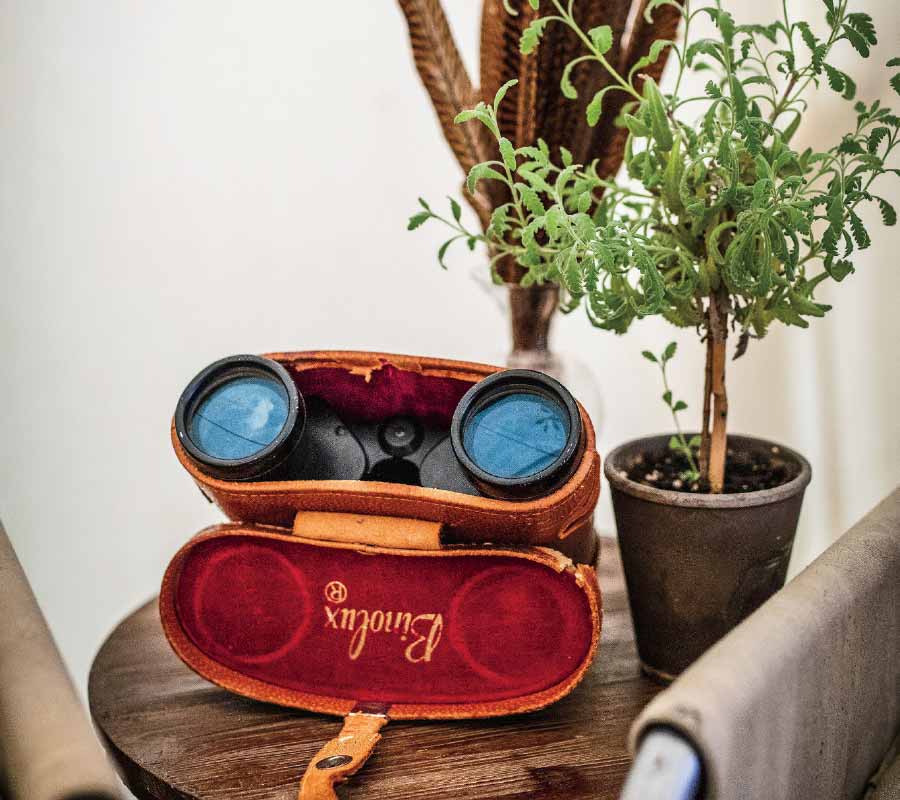 “YPO needed someone on their board to put together events,” she explains. “I put together fun female-oriented events for the next seven years.” She was guided by her determination to create unique events that broke the mold of the typical gala, fundraiser, or sit down dinner format.

“I always knew that if I could throw a party that I’d want to go to, other people would want to come too,” she says. An educational event with sex doctor Dr. Laura Berman at a swanky, sexy hotel in the city; karaoke with Lil’ Jon; an ‘80s theme party at a huge mansion with glow sticks. You get the idea.

All the while, the Woods kept and maintained their Michigan farm, which they had purchased from her father. As things often do in life, everything crystalized last summer. The Woods happened to be renting out their farm during the season to fund a much-needed barn renovation—and their Big Sky glamping trip happened.

“All the guests staying at The Farm loved it,” she says. “They kept booking and rebooking again. They were obsessed with flying kites, picking tomatoes from the garden, buying apples and peaches at the farmer’s market, collecting fireflies—and swinging on porch swings with nothing to disturb them other than the sounds of birds. I thought to myself, ‘How can I marry this up?’ I love hosting and giving people experiences and putting on events people love to go to.”

And thus began the process of conceptualizing, finding a blueberry farm, and working out all the big and little details of starting up and running an authentic farm experience with luxury tents. 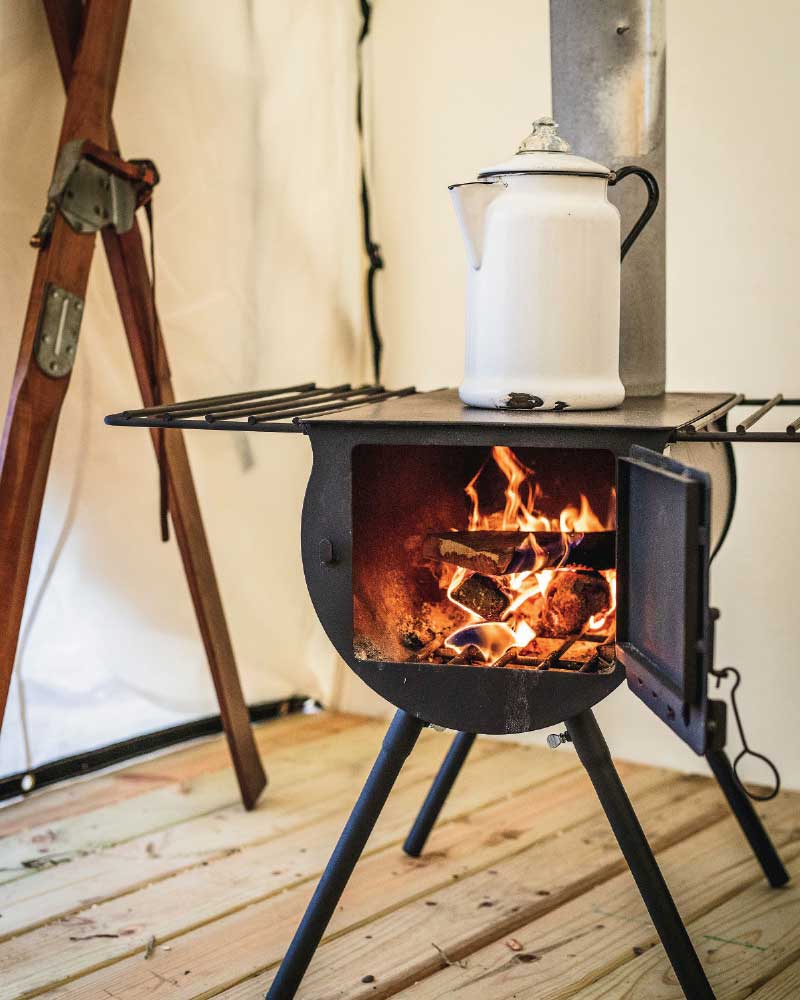 “It had to be on a farm because that’s where my roots are,” she explains. Specifically it had to be in a blueberry field as South Haven proudly wears the title of Blueberry Capital of the World. She adores the annual National Blueberry Festival (now in its 56th year) every August in South Haven. Naturally, blueberry pancakes will be on the breakfast menu.

And, she’s already envisioning two additional locations—one in a sunflower field, and the other “maybe in a wheat field,” she muses. Hence, the inspiration for the name—The Fields. After all, the farm is The Farm.

At The Fields, Wood envisions a one-of-a-kind luxury experience where everything is taken care of for guests—s’mores sticks, toiletries, pie makers. No makeup or hairdryers needed. Guests will make cinnamon rolls over a campfire, learn to hook a worm, pick and eat and make recipes with blueberries (all 22 different varieties).

Nights spent inside the enchanted tee-pees of The Fields feature a bespoke experience that includes all of the luxuries of a five star resort. Nestled in the blueberry field, each tent has been thoughtfully designed to provide guests with a king-size bed, luxury linens, wood burning stove, private en-suite bathrooms, plush towels, and organic bathroom amenities.

You’ll be transported back to childlike wonder and discover once again the simple pleasures in life. Reconnect with yourself and your loved ones. Touch, feel, and smell the earth and the fields. Invite someone to “come sit for a spell” with you.

Activities will be plentiful—breakfast, cooking experiences, farm-to-table dinners. Yoga in a lavender field, a bike ride into town with visits to local shops, sunset sails and wine tours. A photography shoot near the farmhouse; blueberry, fruit, and flower picking. Outdoor cooking by the fire, s’mores, and drinks under the stars.

“I want people to experience the sweetest charm of the best of the Midwest, curated by someone who is a local and who has also traveled to some of the best places in the world,” Wood says. “I want this to be a top travel destination like Sedona, Telluride, or Laguna Beach, because it is just as good at The Fields in South Haven, Michigan.”