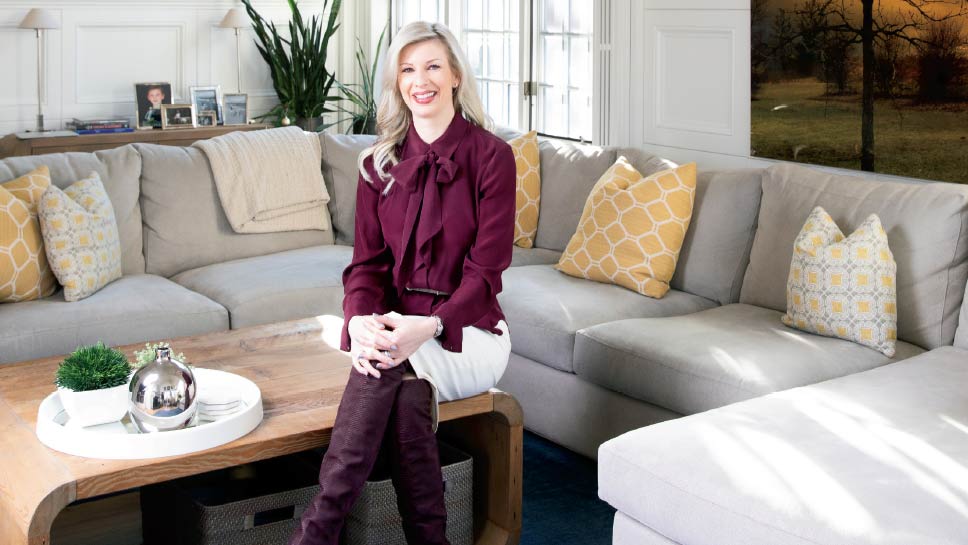 Former Chicago Blackhawks winger Eric Daze met his wife Guylaine in her small French-Canadian town more than two decades ago, starting what would become a lifelong romance. Today, the couple lives with their two children in Hinsdale, where the language of love is still spoken daily. PHOTOGRAPHY BY ROBIN SUBAR

As childhood-sweetheart stories go, the tale of former Chicago Blackhawks winger Eric Daze and his wife Guylaine is a charmer. There were matchmaking mishaps, extended absences filled with letters and longing, a spurned prom invitation, global relocations, an engagement ring purchased on the $35-a-week salary of a junior hockey player, and not one, but two weddings.

“Yes,” Guylaine laughs. “We got married twice. Once in 1998 during the Winter Olympics when Eric had a week off from hockey; we got married in Las Vegas in five minutes flat. And the second time was a big wedding two years later in Montreal for my family.”

The couple met when Guylaine was 16 and Eric 17, introduced by mutual friends during a festival celebrating the 125th anniversary of a little town near Montreal.

“We met on the street,” Guylaine recalls. “He was very shy but charming; the opposite of what I had been expecting. I knew his cousin, who was a rebel, and our friends had tried to get Eric and I together before, but I resisted, thinking he would be a rebel too.”

Eric wasn’t a rebel, but he was already very passionate about hockey.

In the beginning, Guylaine didn’t take that passion too seriously because in Montreal, everybody plays hockey. So when she asked him, “What do you want to do in life?” and he said, “I want to be a hockey player,” she was surprised.

Already playing for the junior league, Eric got traded to Quebec City while still 17, which created an absence filled with letters between the couple. When Guylaine’s birthday arrived near Christmas, Eric was there to try to surprise her. And then a few months later, when it came time for Guylaine’s high school prom, she called to ask him to go. 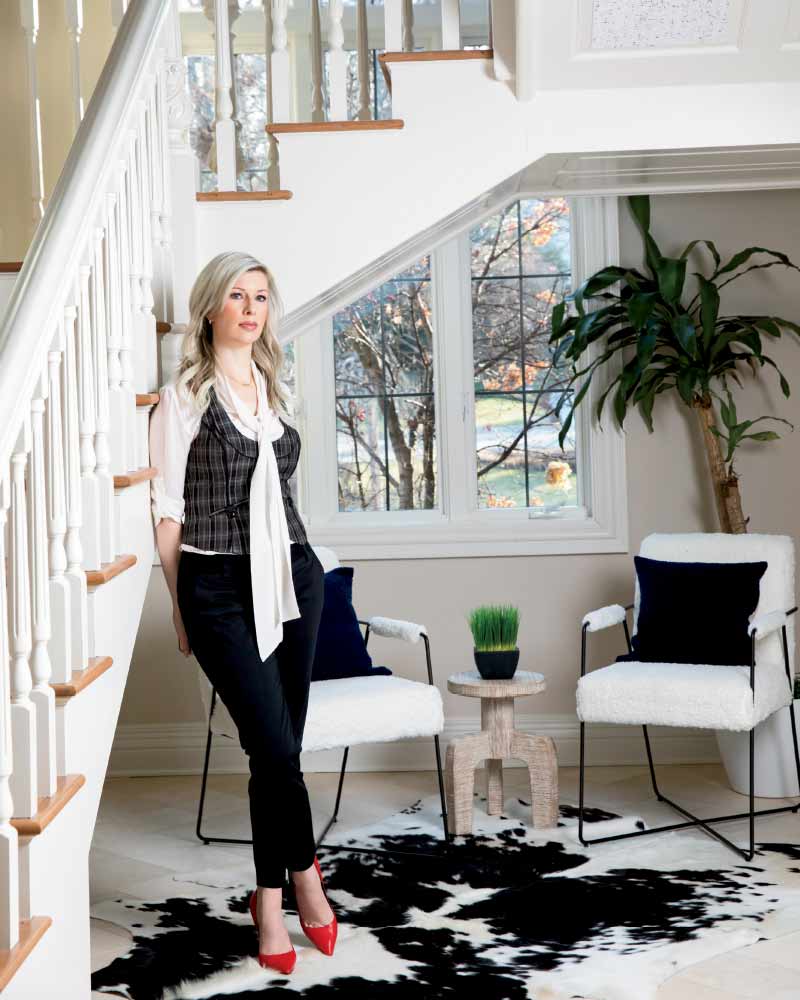 “But that day was also the NHL draft day, so Eric told me he couldn’t go to prom with me. I was so clueless, I said, ‘Can’t you just go to the draft another day?’” Guylaine laughs. “It’s still a running gag with us that we joke about.”

A summer of young love followed, capped with Eric’s marriage proposal to Guylaine, the night of his parents’ 25th anniversary.

“He really surprised me,” she says. “Right in the middle of the celebration, he popped the question. He gave me the only ring he could afford at the time—a plain, gold ring with a small diamond. After a few years in the NHL, he kept wanting to replace that ring to buy me a bigger fancier one. But I always said no. That first ring meant so much to me. I still have it.”

In the years that followed with Eric’s rise to fame with the NHL, Guylaine and Eric had to build a life for themselves in the United States—a big challenge for Guylaine.

“The first few months I wasn’t sure I could stay. I was from a small skiing village near Montreal and I spoke no English. Also, I had finished part of my college degree in languages and French literature in Montreal. It was very depressing trying to continue that here so that the credits would transfer. I feel like I had to go to college twice.”

But thankfully, Blackhawks colleague Dennis Savard and his wife Mona, took Guylaine and Eric under their wing.

“We were only 19, just kids to everybody else. The rest of the team and their spouses were in their 30s. So the Savard’s friendship was huge for us. They gave us so much encouragement and a little bit of that French-Canadian vibe. Dennis was the guy on the team that if he said anything everybody would listen. Everybody respected him. That helped a lot. And Mona became my best friend.”

Guylaine recalls Dennis saying that after a couple of years, she wouldn’t want to go back to Montreal—that Chicago would feel like home.

“And he was right!” she agrees.

Guylaine and Eric still have a summer house in St. Sauveur—ten minutes from the village of St. Hippolyte where Guylaine grew up. But Hinsdale is their real home.

“We have lived in three different houses in Hinsdale,” says Guylaine. “We love renovating properties. And at first we came here because the real estate agents told us it was a great investment. But as we went on to have two children, we stayed here because we love so much more about the community, including the schools. The school district here is one of the best in the country.”

A French tutor and translator, Guylaine actually teaches French at several schools in Hinsdale during the lunch hour through the Language Lab company. Currently she has more than 40 students she works with at Elm, Monroe, and Oak Elementary. She also requires that her own children, Kayla, 14, and Derek, 10, speak French at home.

“I’m very strict on that,” she laughs. “While we consider America to be our home, it’s very important to me that the children preserve and inherit some of our French-Canadian culture. As soon as they get in the car, I won’t listen to them unless they speak French!”

In addition to teaching and tutoring in French, Guylaine also hosts home cooking parties where her guests learn to prepare a variety of dishes from world-influenced menus.

“I love wine and I love to cook,” says Guylaine. “For years, I would host parties and my friends would ask for my recipes.”

One friend especially encouraged Guylaine to begin teaching others to cook.

“So I started doing that and it just grew,” she explains. “When I have the time, I shoot everyone an email and do a cooking class dinner party.”

The parties usually include about 15 guests. Guylaine orders the wine in advance and pre-preps most of the meal, including her guests in the final stages of the meal’s preparation.

“It’s very casual, bubbly, and exciting,” she says. “I have a big dining, room, living room and kitchen which makes these events very easy and fun to host.”

The types of foods Guylaine likes to prepare fit with her healthy lifestyle.

“Farm to table is my kind of thing,” she adds. “I am very conscious to prepare everything from scratch with the focus on whole foods—no chemicals and little sugar.”

With so much going on, how does Guylaine keep the romance alive?

“You know, it was difficult when my husband retired and had three back surgeries. When he decided to quit the sport that he loved so much, he was lost for a few years. But we have many things we enjoy to do together, such as renovating properties, and of course, raising our children. Also, Eric is now working with our son’s mission hockey team (a triple-A league.) And Eric loves to be on the ice and loves to be with the kids.”

“The special connection we had from the beginning is still there,” Guylaine concludes. “There is no special recipe. I know him; he knows me, and when you know and understand each other so well, it’s priceless.”