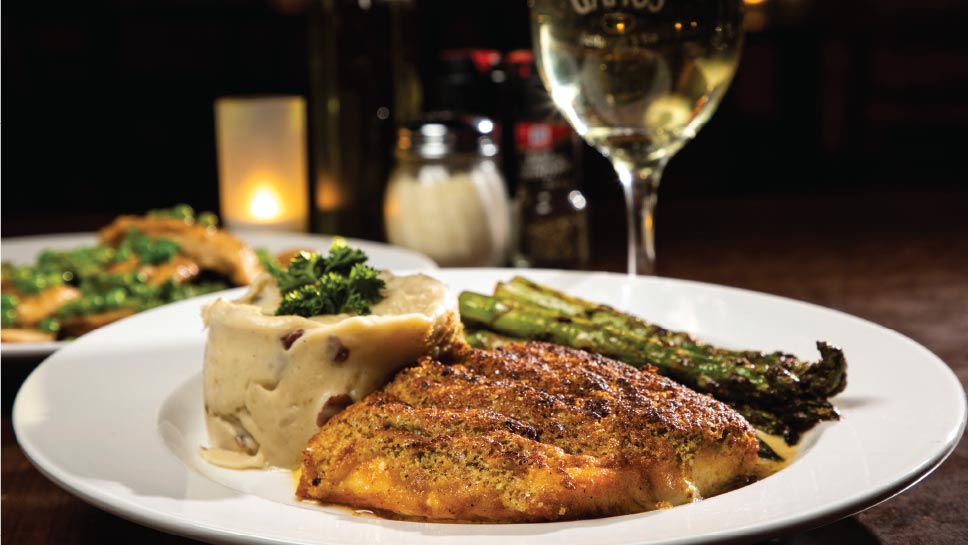 The spirit of Taylor Street lives on in Downers Grove. PHOTOGRAPHY BY JOEL LERNER

There is a photo—a single priceless black-and-white snapshot—hanging from the walls at Gatto’s in Downers Grove that captures just about everything you need to know about the place.

It’s an old shot—curated from the Gatto family’s own photo album—of some pre-dinner action unfolding in a tiny little Italian-American kitchen. As to be expected, it’s dinnertime, as there’s something bubbling in a pot on the stove. An older gentleman is dipping his wife in front of the stove in hopes of a pre-dinner kiss. Everyone in the photo is smiling, eyes aglow, frozen in mid-guffaw as they take in the romance of the moment.

Brothers Frank and Chuck Gatto, who own four suburban Gatto locations, are particularly proud of it, as well as the giant blackboard they’ve festooned on the wall next to it.

Every night, someone on staff—their fingers caked with old-school chalk dust—prints what’s available for the evening on the blackboard, in a tip of the fedora to the old-school Italian-American restaurants that once monopolized Taylor Street in Chicago.

Every year, yet another old-school red-sauce trattoria in Little Italy (now UIC-ville) gets laid to rest. And with every closure, the brothers Gatto feel the body blow of a restaurant spirit becoming lost but not forgotten.

Years passed and the brothers cut their teeth there. They still keep in touch with some of the guys down there, too. In some small way, they hope their restaurants are keeping the spirit of what Taylor Street once represented—huge platters of home-cooked food, laughter-filled dining rooms with a side of good-intentioned ribbing, and plenty of “yes, ma’am,” “yes, sir” service that starts with a welcoming smile and ends with a “see you next time” pat on the back.

This ain’t Mario Battali or Tony Mantuano’s take on Italian food. No tripe or offal dishes. No obscure cheeses or walnuts imported from some micro-climate of Italy. You’ll get the stuff you know how to pronounce— big honking platters of eggplant and chicken Parm. A garbage salad so overloaded with toppings—fontina, bleu cheese, hearts of palm, black olives, cucumbers, ham, salami, peppers, and onions—you wonder what the size of this place’s walk-in looks like. And plenty of pastas that can be topped with meatballs, Italian sausage, and various sauces.

Our first thought: How can you not order the calamari platter at a place like this? We tried both the fried and grilled versions. And though the grilled is served, in a nice twist, with the house’s cocktail sauce, there’s something special about the balsamic glaze that coats the grilled version. The results are charred and slightly sweet—the seafood equivalent of perfectly caramelized onions.

Everything, in typical Italian-American style, is supersized. So order what you know you like. We enjoyed the red sauce cavatelli and its 16-inch softball-sized veal-beef meatball, adapted from a Gatto family recipe. Order a single bowl, no matter which pasta you choose, and a doggy bag will be in your future. 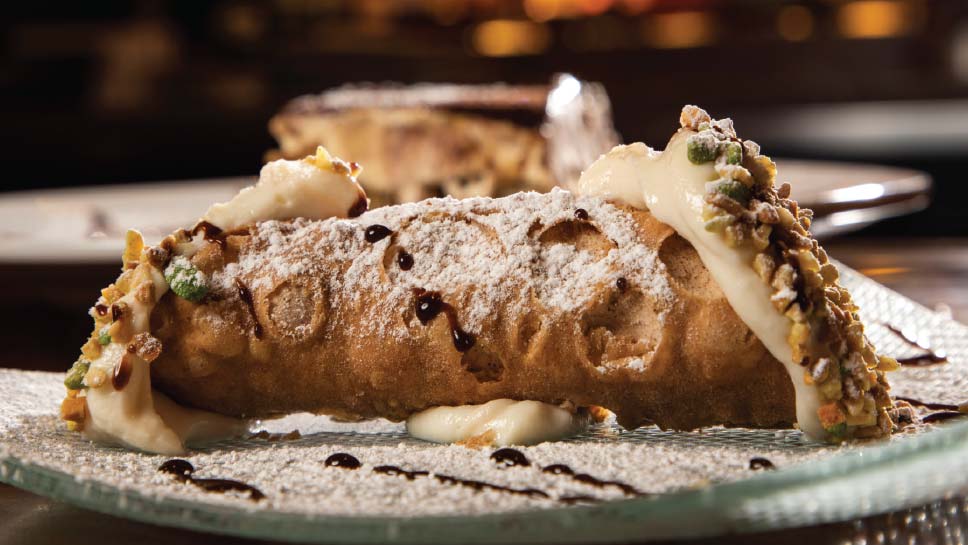 This much you can bank on: The Taylor Street staples are done right. If you don’t burn off your veal marsala the right way, it can be as cloyingly sweet as a kiddie cocktail. At Gatto’s, the marsala is used merely as a counterweight to the earthiness you get from the garlic, shallots, and mushrooms. And in a delightful little twist you’d never see in the old days, the chicken Vesuvio can be ordered boneless. Still redolent with oregano and garlic, there’s a nice shot of lemon and acidity here that plays well with the roasted potatoes.

The real find may be the fresh seafood options, including the weekend special pistachio halibut. A long rectangular plank of halibut is topped with a Mohawk-like spread of pistachio-spiced breadcrumbs. Served next to first-rate skin-on mashed potatoes and some asparagus, it’s a first-class comfort food favorite, as is the house tiramisu, which avoids being soaked in booze.

It’s a testament to the Gattos how much fun everyone seems to be having in their restaurants. People stop by other people’s tables all the time. Someone always knows someone nearby, which may explain why I kept wheeling around to stare at that aforementioned family photo.

That photo is proof that the Gatto brothers haven’t forgotten where they came from and still realize that a good restaurant is every bit as much about the camaraderie it can engender as the quality of the food coming off the burners. Book a table at one of Gatto’s spots and you’ll find you’re sure to experience both before the night is done.