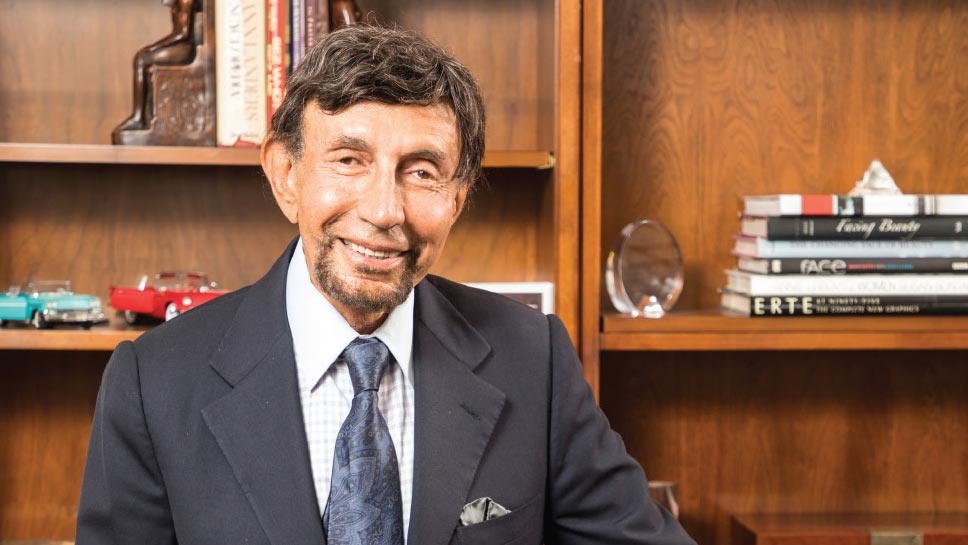 Dr. Wafik Hanna has the unique ability to pair his aesthetic vision with his skills in facial cosmetic surgery to create gorgeous results for his patients.

Dr. Wafik Hanna has long been one of the most respected facial cosmetic surgeons in the Chicago area. He has built that reputation mostly on referrals because, as he puts it, in his line of work it is hard to hide the result. “When I do my surgery, I follow my patients for a year because that face belongs not only to the patient, it belongs to me,” he says. The results are what create more clients, and his reputation as a caring, hands-on doctor keep the referrals coming.

Dr. Hanna first started practicing medicine in Egypt, and he later lived in London, which introduced him to facial cosmetic surgery. He began studying the practice, and the skills and expertise came naturally. By the time he moved to the United States and started his practice here, his reputation preceded him.

The University of Illinois graduate became one of the pioneers in doing multiple facial procedures in one stage, including a combination of an eye job, face lift, chin implant, nose job, and laser work. It’s documented in the book of the International Academy of Facial Plastic Surgery. “When you do them together, you make the face prettier and younger at the same time,” Dr. Hanna says. “And the patient saves a lot of money doing everything at one time.”

He has always been a student of the craft. In school, Dr. Hanna wouldn’t go on vacation. He would go and watch facial plastic surgeons throughout the world-in Paris and London for example. “I did not spend my vacation on the beach. I spent it in operating rooms watching how they did it, their techniques, and experiences.”

One of the most important things to Dr. Hanna is the ongoing relationship he has with his clients, especially directly after procedures. “There are no silly questions,” he says. “I’m with them all the time-I take their phone calls, and they can see me whenever they want to. They feel like they are not left to heal without any coaching, and that’s why my practice is known for its concern and care for the patient after surgery.”

Dr. Hanna limits his practice to facial cosmetic surgery; not reconstructive surgery. He focuses mostly on about six procedures-eyelids, noses, facelifts, laser resurfacing for wrinkles and acne scars, chin implants, and eyebrow lifts. In his practice he has a medical medspa which includes Coolsculpting to remove stubborn fat permanently, special lasers to remove skin pigmentation and fine wrinkles as well as tighten skin.

“The other thing I enjoy doing is facial liposculpture,” he says, explaining how this targeted removal of fat sculpts the face and neck in places like the chin, cheeks, and jowls. Often done in conjunction with a facelift, the combo achieves the profile and appearance many patients are looking for.

Dr. Hanna has been helping people look younger, prettier and more handsome for more than 35 years, and he continues to do it because he loves seeing how satisfied his patients are. Many of his patients now are men as well- more than one third, in fact- which means his skills are brood and varied, and he can accommodate the needs and wants of many different patients.

Hinsdale is Dr. Hanna’s home. He’s been living here for close to four decodes, and he’s mode a big impact on the community and the patients he serves. And although he sees patients from all over the world, he has grown his business here, and plans to continue to do so.