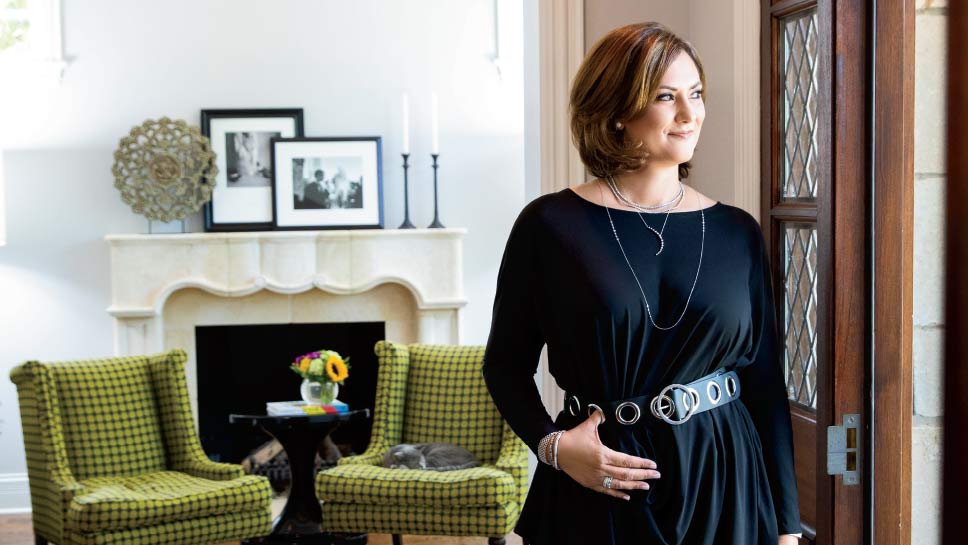 While keeping a pied-Á-terre in the city, talent agent Dawn Rao Jones found the perfect home for her family in Clarendon Hills. PHOTOGRAPHY BY ROBIN SUBAR

When Dawn Rao Jones and her husband David bought a chateau-style home in Clarendon Hills this March, the couple let their two-year-old twin daughters, Olivia and Eloise, put their stamp on the house. “It’s covered head-to-toe in Minnie Mouse stickers,” jokes Rao-Jones. After all, it’s their children who inspired the move from the city to the suburbs once Jones realized they needed more space.

Both Rao-Jones and her husband grew up in small towns and wanted to put down roots in a place where they’d know their neighbors, could walk to school, felt safe, and had easy access to the city. Clarendon Hills checked all the boxes and after looking at more than 75 homes in the area, Jones found the one.

“We knew instantly,” she says. “I’m a big believer in keeping at it until you get what you want, which really paid off here. It’s our style, it has the space we want, it’s in an incredible location and really, we could envision our family living in this house.” The home touts a patio off the master bedroom, a pergola in the backyard with beautiful vines, a basement playroom, and a built-in homework desk for two on the second floor, which ultimately sealed the deal.

They’re planning to rehab both the master bedroom and kitchen at some point and are currently in the middle of decorating. “We’re both creative people so it’s really fun to think about the possibilities,” she says. One interesting element they’ve already added to the home is a built-in cat door to their second-floor laundry room for their first baby, Burt, who’s 12 and is celebrating a birthday soon. “He is the most pampered cat you can imagine,” says Jones.

And they’ve also kept some space to themselves, like Rao-Jones’ third floor office. “The girls actually don’t even know we have a third floor yet,” she says, so it’s the perfect retreat. 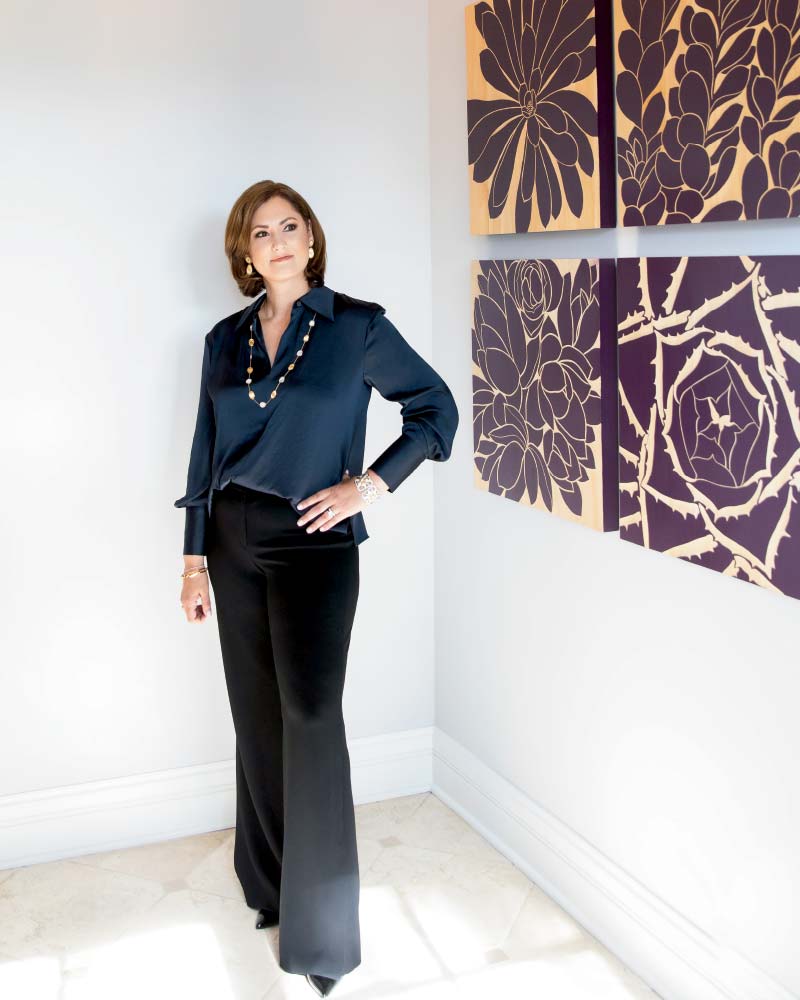 “What are the chances we’d buy a house from a local jeweler?” says Jones, joking: “Everyone should have a local jeweler. I highly recommend it.” Jones and David are celebrating their 20th wedding anniversary in October so she’s hoping there’s a box in her future.

“Everything good happens to us in October,” says Jones. “I’m sad to see summer come to an end, but the girls were born a week before Halloween so we’re excited about the holidays.”

Until then, though, Rao-Jones has been busy with her namesake company, Dawn Rao & Associates, a talent agency representing film directors and editors who shoot and produce the commercials you see on television. Remember the 2011 Volkswagen Darth Vader ad that aired during the Super Bowl?

Yes, that was her. She’s also worked with directors like Quentin Tarantino, Michael Bay, Spike Jonze, and with brands like Miller Lite, Allstate, Subaru, Facebook, Samsung, and Nike.

“It’s really exciting to see an idea that someone maybe sketched out on a napkin come to life,” says Jones. “Seeing that spot on-air during the Super Bowl or the Academy Awards or the Olympics is really gratifying, and it’s the projects that make it to that level that are some of my favorites.”

When it comes to balance, Jones is quick to credit her nanny, Grace, who’s considered one of the family. But she also believes it’s less about balance and more about integration and focusing on the big picture. Something Rao-Jones likes to tell herself is to do her best, to assume everyone around her is also doing their best, and to give herself a break when things aren’t perfect.

“David and I joke that we’ve never been more invigorated and exhausted at the same time,” she laughs. “Before we had kids, I’d want to get together with friends who had kids and didn’t understand why they couldn’t meet for dinner at 9 p.m. but now, I totally get it. There’s a lot of things that have to fall into place for that to happen. It’s like a military exercise.”

Part of that balance is keeping an apartment in the city. They downsized to a smaller unit in the same building in Streeterville with views of the lake and of Navy Pier so they’ll still have access to the world-class shopping and dining that Chicago has to offer, right outside their front door. In Clarendon Hills, though, Jones is a big fan of the Village Gourmet, which she orders from most weekends; Little Creperie; Nabuki; and the burger at the Fuller House Bar, which she and David joke is the real reason they moved to the area.

The other part of that balance is vacation, of course. “We were so great at vacations before the girls,” says Jones. “We were going to Anguilla every New Year and to Europe in the summer. Now that the girls are here, we like to stay closer to home. We love the Montage in Laguna Beach and the American Club in Wisconsin. We were actually just there a few weeks ago for David’s birthday.”

But, Jones notes, they know Disney, and Minnie Mouse specifically, are in their future. In the meantime, though, they’re looking for ways to give back to the community.

“David and I have always believed that when you give to someone else, it’s really a gift to yourself,” says Rao-Jones. “We feel so fortunate and blessed to live in this community and really want to be a part of it.” Here’s hoping Clarendon Hills gives them a warm welcome.