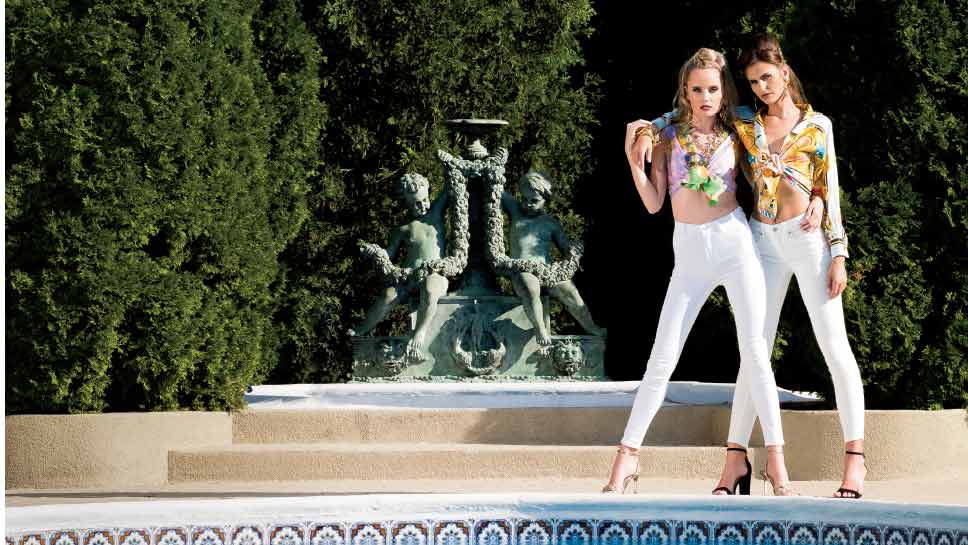 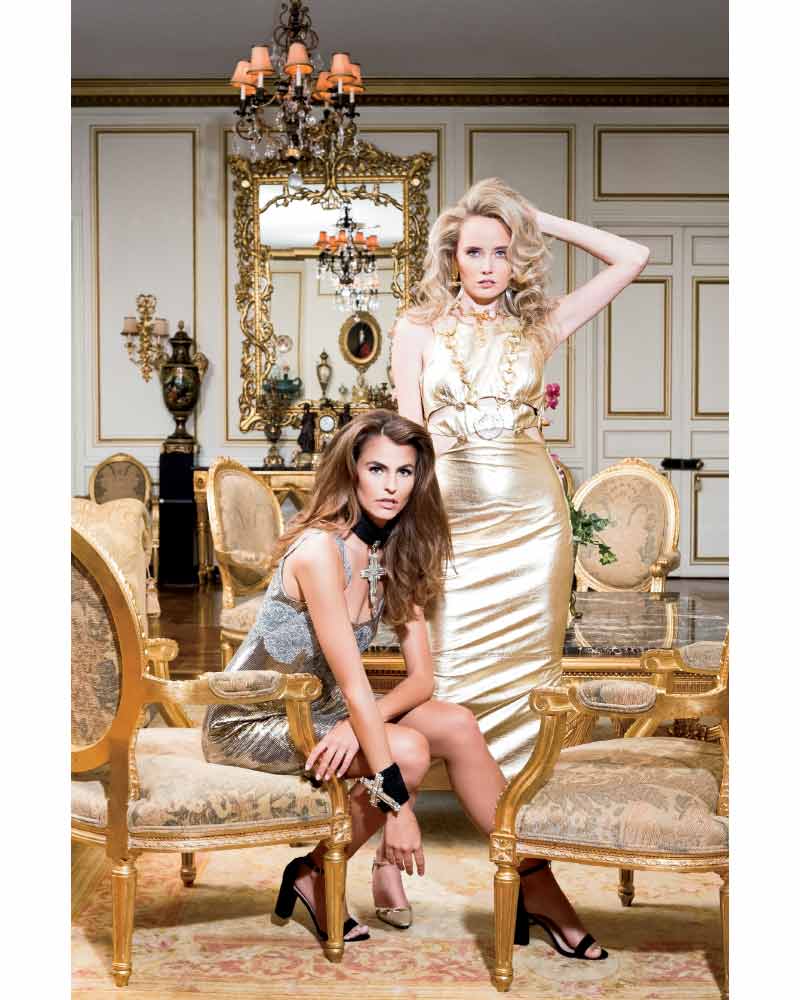 Versace created many of’ the ’90s iconic fashion moments and literally “invented” the supermodel (think Naomi Campbell, Cindy Crawford, Claudia Schiffer, Helena Christensen, and Carla Bruni). Many of the rare items to be sold at “The Genius of Gianni Versace: A Collection of His Iconic ‘90s Designs” auction (taking place on September 21) were the actual designs of garments and accessories used in important runway collections and ad campaigns from the ’90s. 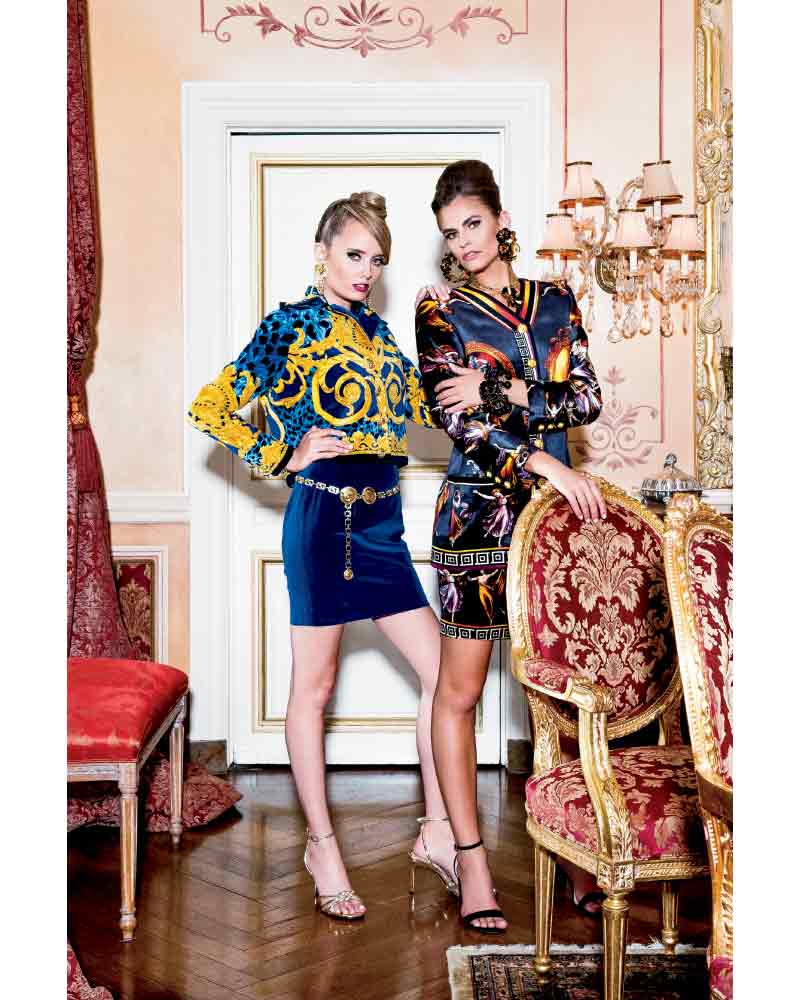 “This single-owner collection was carefully curated by a gentleman who recognized the artistry, fearlessness, and talent of Gianni Versace. The trend-setting designs, paying homage to Versace’s classical European roots, struck a chord with the collector who went on to explore the many facets of the fashion house,” says Mary Shearson, director of luxury accessories and couture at Leslie Hindman Auctioneers. “What started out as a treasure hunt turned into a love and respect for Versace, his craft, and his designs. His love of Versace was known among salespeople and he often got first dibs on iconic pieces, many of which were never worn.” 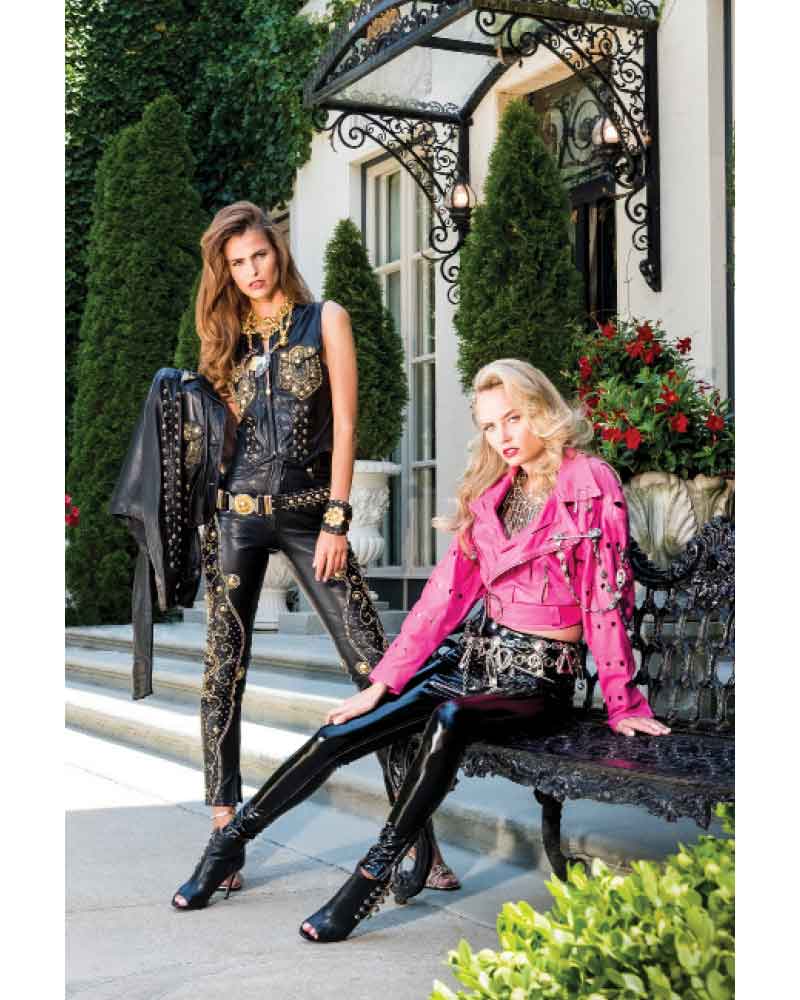 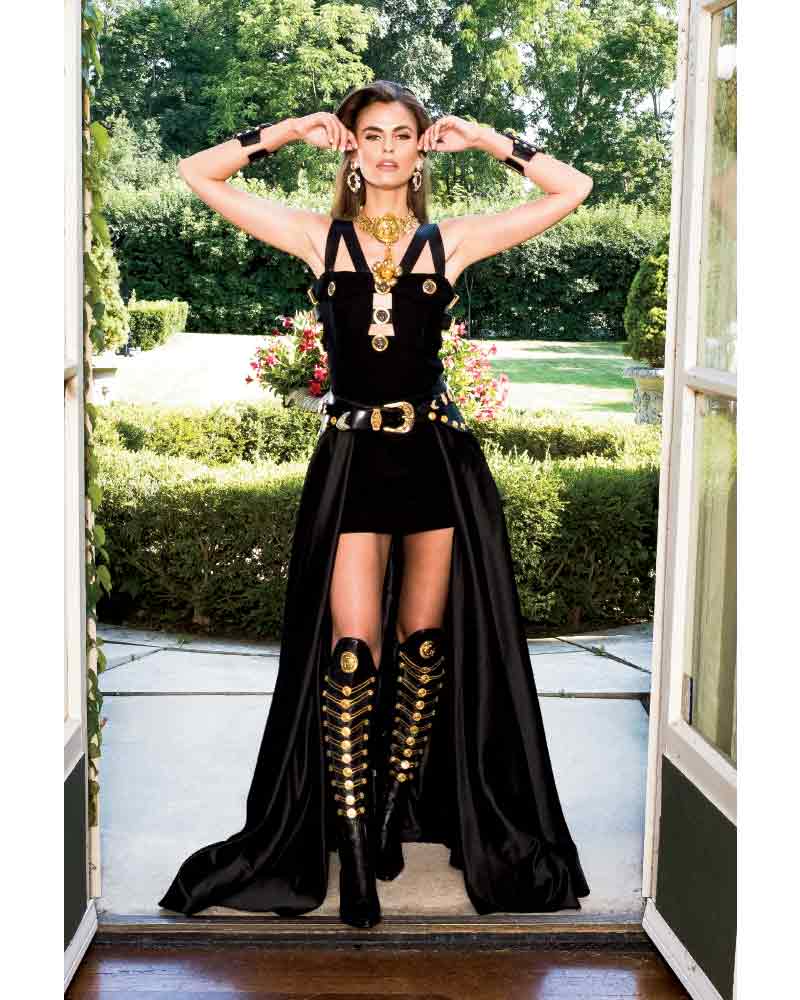 “Every detail needed to be perfect, down to the setting. I wanted our readers to experience what I felt when I held fashions that were created by Gianni Versace and worn by supermodels, and I am so grateful for this opportunity to honor the legendary designer,” says JWC Media Style Director Constantine James, who directed the styling, hair, and makeup for our shoot. He continues, “Our vision for this spread was inspired by archival photos from ad campaigns and runway shows from the ‘90s to recreate Versace’s “vintage” looks in a modern-day environment and pay homage to the visionary designer.”

Highlights include: Versace’s gold leather cut-out design worn by model Claudia Schiffer on the Fall 1994 Milan runway; a black wool bondage dress (from Versace’s infamous “Bondage” collection) worn on the Fall 1992 “Miss S&M” Milan runway; the hot pink Moto Safety Pin jacket, identical to the one worn by Carla Bruni on the Spring 1994 Milan runway; silk tops from the “Miami/South Beach” Collection featured on Naomi Campbell on the Spring 1993 Milan runway and ad campaign; and the printed silk velvet “Canova” skirt suit from the Fall 1991 Milan runway (a duplicate of this suit has been included in the Versace exhibit at the Metropolitan Museum of Art in New York City). Also making an appearance in our shoot were many of Versace’s oversize, dramatic, and intricately designed accessories including: Byzantine crosses; Medusa medallions; chain embellishments; and safety pins. 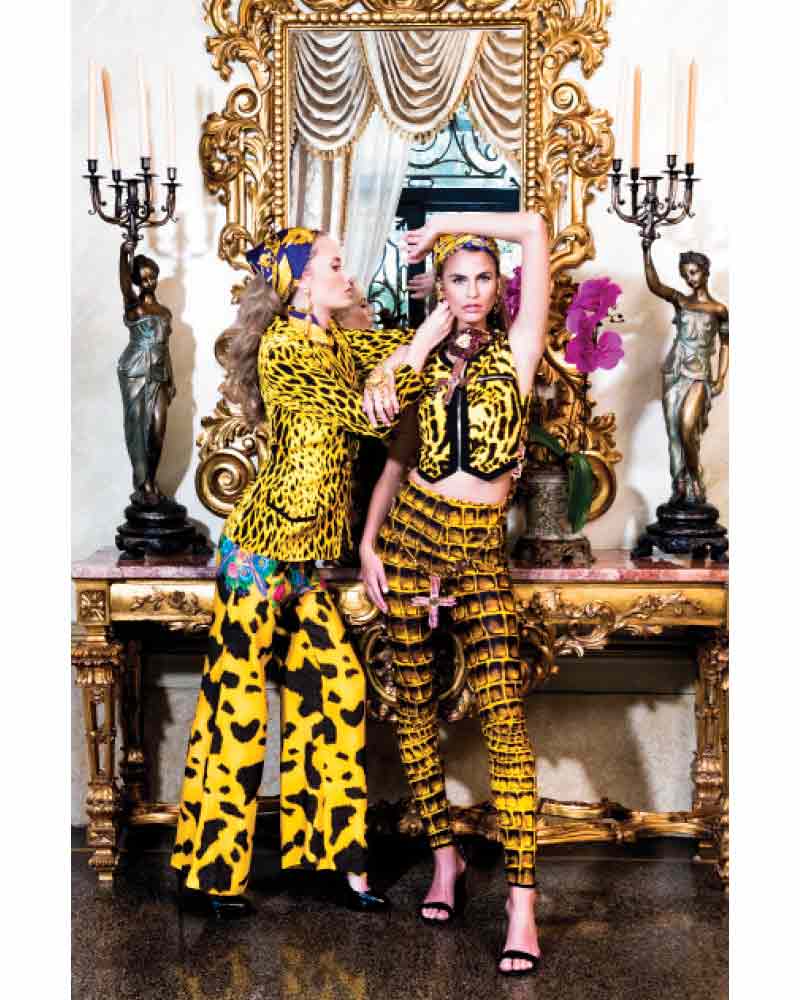 While the world lost a fashion trailblazer in 1997, we hope we’ve captured and helped preserve on these pages the eternal relevance of Gianni Versace’s visionary design.