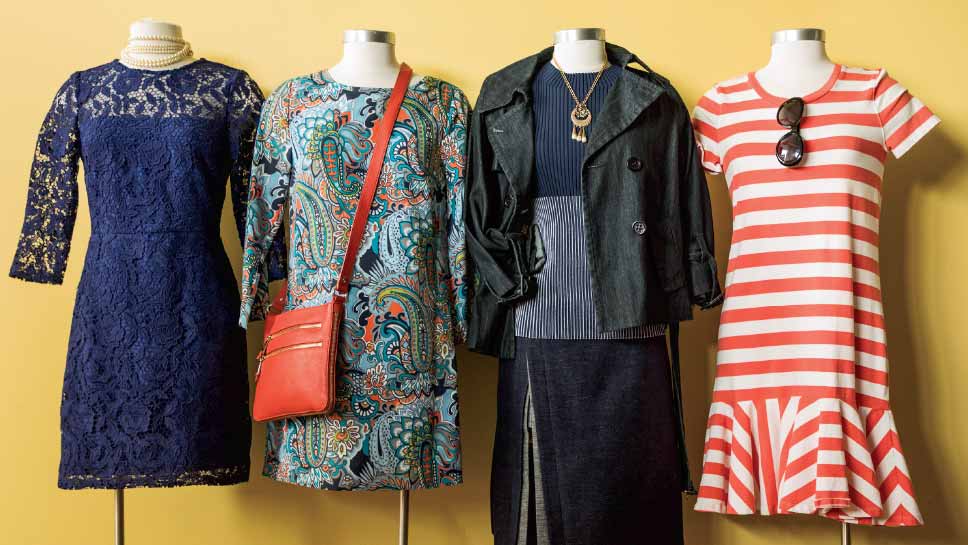 Kelsey Resale Boutique owner Beverly Moran is opening a new shop where 100 percent of the profits will benefit a different local charity each month. PHOTOGRAPHY BY JOEL LERNER

Scrolling through Kelsey Resale Boutique, whether online or in person, is a visual treat. Rows and rows of high end, contemporary clothing, handbags, shoes, and accessories greet the eye in all colors and sizes. But the best part is the price tag—70 to 80 percent off all retail pricing. It’s a shopper’s Shangri La for those who don’t want to pay full price at the mall, and we have Beverly Moran to thank.

“I’ve been doing resale my whole life and it’s something I’ve always wanted to do,” says Moran, owner of Kelsey Resale Boutique in Hinsdale. “For me, opening the shop was a natural next step.”

When Moran first opened her store in Glen Ellyn in 2011, she put the word out that she was taking women’s clothing and accessories on consignment. Because it was hugely successful, she decided to open her Hinsdale store in 2012. In 2017, she continued her expansion by opening a shop in La Grange, but it’s her latest addition about which Moran gets most excited.

On August 1, Kelsey Resale Boutique will open the Community Shop in Downers Grove with 100 percent of the profits going directly to charity. “When we first started, all the clothes in the store that weren’t sold were donated to Poise For Success,” says Moran. “So with that concept, we decided to donate to a new local charity each month with the profits from the Downers Grove store.”

Moran will pick a new charity each month—preferably local—and donate the profits from monthly sales to that organization. She is open to suggestions from customers as to which charity needs donations. “We will change charities each month and sometimes we will donate to the charity based on theme. For example, in October we will donate to something related to breast cancer. In November, we can focus on veterans,” says Moran. “And I’d like to keep the focus on local charities.”

Her first month’s charity will benefit Pillars Community Health, and she plans to donate to Misericordia, Infant Welfare, local animal shelters, and cancer research to name a few.

To fill the Community Shop, Moran will take clothing from her Hinsdale and LaGrange stores that is now out of season and consigners are aware that their clothing, not accessories, will be donated.

“Once the season is over, I bring the clothes from the other stores here,” says Moran. “For example, now that we are getting into fall, all the spring and summer clothes have been moved to the Community Shop. We will of course take outside donations as well.”

The new store will be managed by her son Zach, who has been working for Moran since he was 16. He will run the shop while he is training to be a firefighter. All other persons in the Community Shop will be volunteers. The store will be open seven days a week and open late on Thursday, Friday, and Saturday nights. 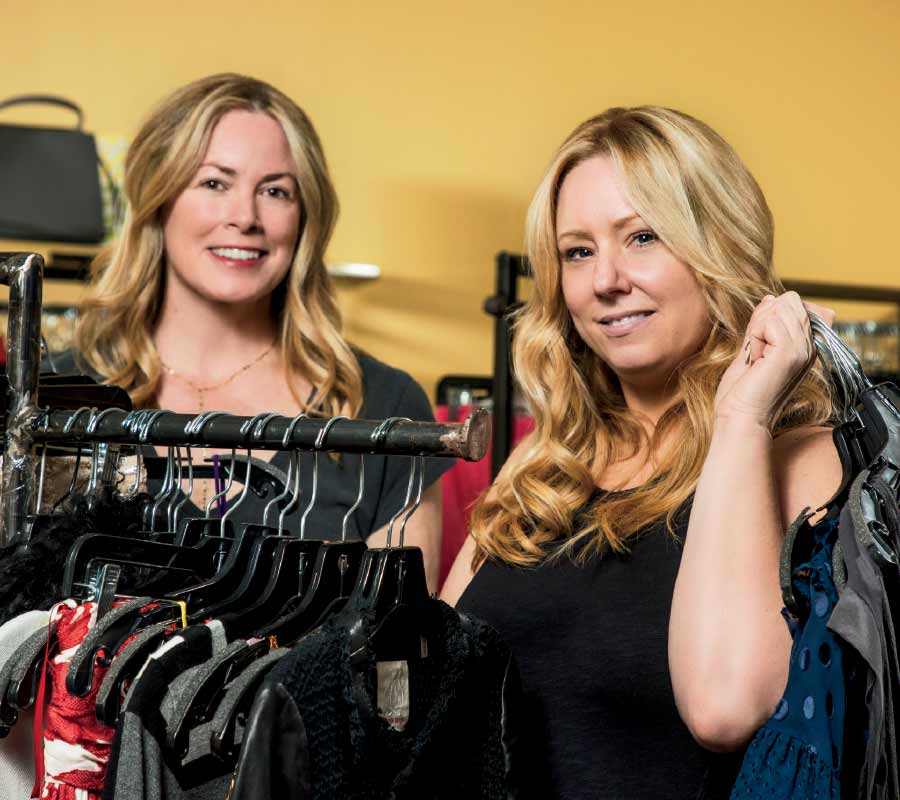 One such volunteer is Hinsdale resident Maureen Camden, who has been consigning with Moran for years. “I’ve been consigning with Beverly since she opened in Hinsdale,” says Camden. “When my daughter was little she had these beautiful baby clothes and they were well-kept so I started there before consigning my own things.”

Camden praises Moran’s creativeness and organization with her resale shops. “She is great with people and she has such a great eye for fashion,” says Camden.

The racks are organized by size and color with more prominent designers in featured areas. But the pricing at The Community Shop can’t be beat. With such designers as Milly, Rag and Bone, Tory Burch, Chanel, and Chloe to choose from, it’s a steal that pricing in The Community Shop is 50 percent off resale. “Whatever the lowest price was at my other stores, it will be cut in half here,” says Moran.

The clothes that don’t sell at The Community House will then be directly donated to charity. Moran typically moves clothes every six months.

With all three shops now up and running, Moran is grateful for all the people she’s met throughout the years.

“Our La Grange shop is new and we really like it there. We love our Hinsdale community. We have the most loyal customers and consigners,” says Moran. “It’s wonderful. I am so fortunate.”