As parents of a special needs child, Oak Brook residents Bill and Tina Capraro have supported that community for many years—once sending the work crew that was remodeling their family house over to finish out a basement apartment so that a 23-year-old man with special needs had a place to call home.

“Clearbrook had a residence of seven men with special needs but needed a quick basement apartment rehab for this particular man, who was found at a local police station with nowhere to go. That’s how we got involved with Clearbook,” explains Tina Capraro. Since then, the couple has teamed up with the Arlington Heights-based nonprofit organization to renovate six more homes for individuals with disabilities. 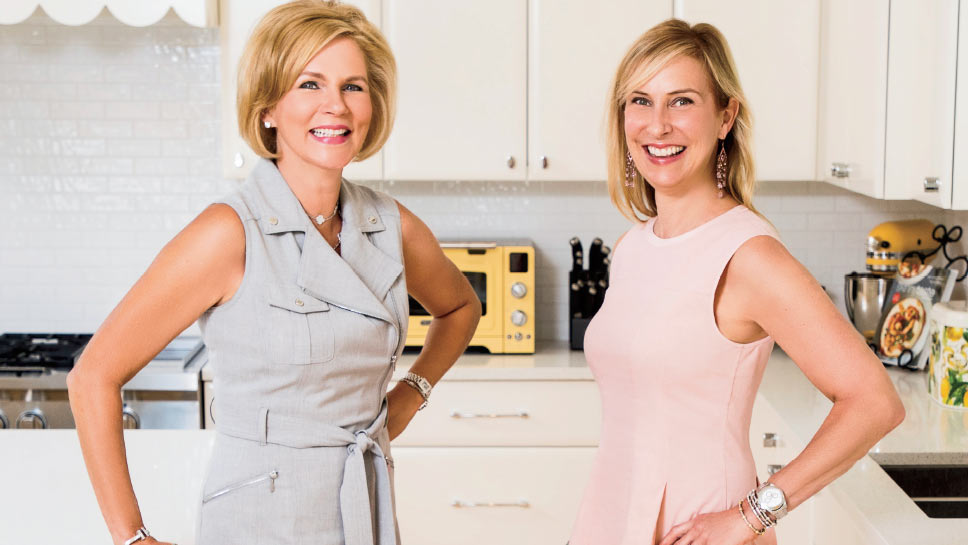 Tina and Bill Capraro of Oak Brook have long been supporters of the special needs community but when it came time for the couple’s own special needs daughter to live independently, the project they embarked on was a labor of love. Today, Lea and her four roommates now have a beautiful home in Lombard that was built just for them. PHOTOGRAPHY BY JOEL LERNER

It’s a cause that’s near and dear to their hearts—one that became even more poignant when the couple decided to commission a new construction residence for their own daughter and four of her friends, also with special needs.

“Long-term, independent living arrangements for special needs individuals is always a concern for parents,” says Tina Capraro. “School is invaluable for children with special needs but when they graduate from school, a lot of people don’t know where to go. We’ve always tried to stay one step ahead.”

After purchasing and combining two properties in nearby Lombard, the Capraros secured architect Frank Lucchese to design and build a home for Lea and her roommates. All the doors in the house are three-feet wide with an extra wide space around the kitchen island for ease of movement. For added peace of mind, there are safety locks on all windows on the second floor and each girl is provided with a keypad lock on her bedroom door.

Other special features include a handicap elevator, commercial grade sprinkler system (all fire and sprinkler systems are connected directly to the fire department, as well as a generator and ramp accessibility). In addition, each bedroom and bathroom is handicap accessible. Tina Capraro says even though Lea and her roommates do not currently need these amenities, they wanted to anticipate what the road ahead might bring.

“For example, as the residents age, the elevator may become very useful,” she says.

While the functionality of the home is important, decorating is the fun part. The style of the home is considered “girlie chic” and came to fruition with the help of good friend and Olive and Duke principal designer Karen Hipskind. “We tried to recreate a sorority atmosphere for Lea and her
roommates and we just love the outcome,” says Tina Capraro.

Hipskind hands the credit back to Tina. “She had such a clear vision of what she wanted and she communicated it perfectly. I just helped bring it along.”

When entering the home, a Missoni runner for the front hall staircase immediately catches the eye. Its colors inspired a palette for the other rooms, giving each one a personality of its own and a strong color scheme tied to the piece.

Bright colors such as aqua and yellow adorn the walls while Lea, a huge fan of anything pink, worked with several shades to maximize the pink effect in some rooms. “I wanted Lea to feel very comfortable and to feel like the room really represented her,” says Hipskind, who worked with both Lea and Tina when selecting pieces. “We wanted her to feel very happy in it.”

Pearl accents and jumbo pom poms on Lea’s bedspread are a few touches added to the fun yet tasteful designs. Butterfly window treatments complete the whimsical theme. The kitchen palette is shades of bright yellow with bright white cabinets and a kitchen fabric (used on curtains) that has become a crowd favorite.

“I call it bird on a wire. The birds in the fabric are jumbo and they literally look like they are sitting on a wire,” says Hipskind. “It’s such a great conversation piece.”

Finally, the 4,700-square foot, six-bedroom structure is surrounded by a fence to contain the petite golden doodle puppy Lea added to make the house a home.

As for Lea moving out and becoming more independent, the Capraros have the same mixed emotions any parents has when it’s time for the children to leave the nest. But in the end, they are excited about their daughter’s future and the life she will be able to lead.

“It’s a big change for us because Lea and I are buddies,” says Tina Capraro. “We are together a lot so it will be an adjustment for both of us but I absolutely love this house. It just fills me with such joy.”

For more information about Clearbrook and its programs around the Chicago area, visit clearbrook.org.