Aaron Fuller of Hinsdale knew at an early age that a military career would be in his future. As soon as the fourth grade, his parents Doug and Amy Fuller say their son had found his calling to serve his country. Last month, in a class of more than 800 at Hinsdale Central High School, Aaron was the only student to early enlist in the armed forces—landing a spot in the U.S. Marine Corps, his top choice. While he was away at boot camp in San Diego and not able to be interviewed, we decided to devote this space to a special Independence Day edition of Parting Words that highlights Fuller’s commitment to protecting America.

Was there any family legacy that influenced Aaron’s choice?

His great-grandfather on his father’s side was in the Navy during World War II. 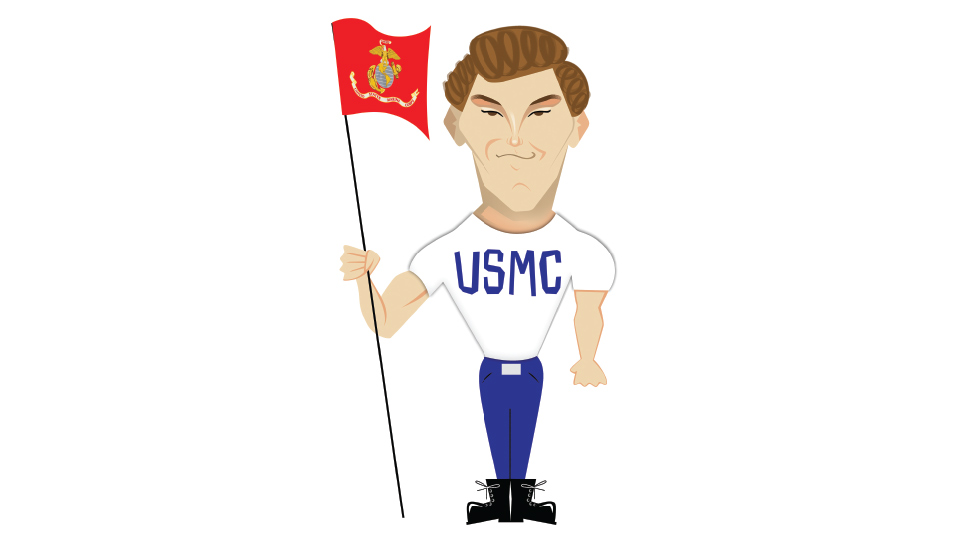 How will Aaron’s new place in the U.S. armed forces influence how you feel this 4th of July?

We will definitely think about this holiday differently. Obviously, because we miss our son, but also because now our nation’s freedom and all the rights we have as a nation has a lot to do with his role in the military. Aaron will be the one protecting our freedom and our rights; not someone else’s son or daughter, but ours—and that makes us extremely proud. Knowing what sacrifices he is making like every other soldier has made so we could have our freedoms.

How has this impacted his siblings?

His brother Aiden Fuller says that knowing his brother is protecting us, we can all sleep in peace. His oldest sister Elle agrees and says that he has a heart of gold, and is very determined.

What is Aaron’s favorite, most inspiring movie?

Did Aaron have any fears or worries about going off to boot camp?

They were mostly about leaving his family and girlfriend Jess. We will travel to San Diego in August to see him for the first time in 13 weeks. Our first letters should be arriving in the next couple of weeks. It’s very hard not having any communication with your child, but there is some peace knowing he is living his dream!