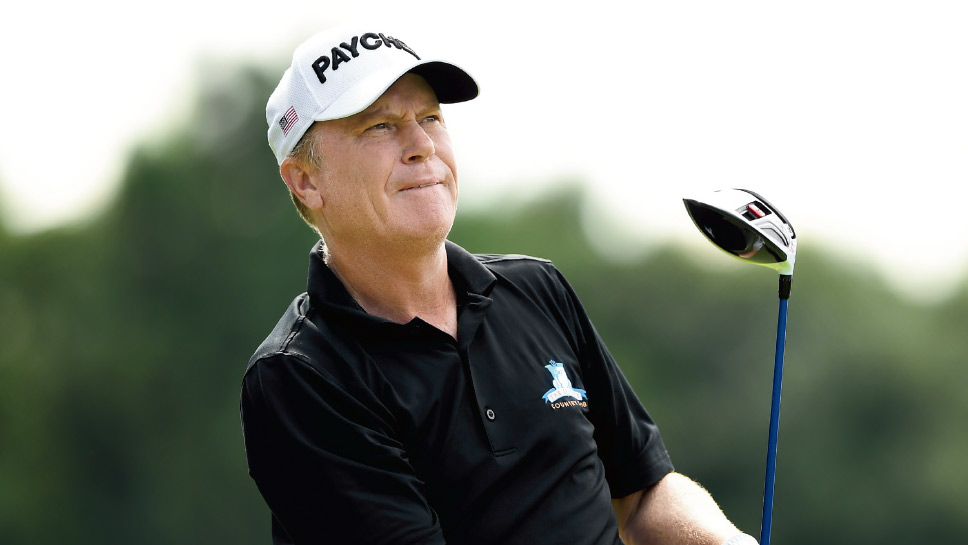 Longtime Hinsdale resident and PGA TOUR Champions golfer, Jeff Sluman, spent his spring getting ready to tee off at the 2018 Constellation SENIOR PLAYERS Championship. The July event at Exmoor Country Club in Highland Park marks the first time in 21 years that a PGA Champions major tournament has been played in the Chicago area. PHOTOGRAPHY COURTESY OF THE PGA TOUR

You don’t need to tell Hinsdale area residents that the Chicago area has some of the best golf courses in the nation. Many of them are right here in our own back yard. That’s why PGA TOUR veteran Jeff Sluman is so thrilled that the area is getting its first major senior tournament in more than two decades.

“Aside from having some of the best courses in the country, Hinsdale is a wonderful community with a phenomenal school district,” says Sluman, who called Hinsdale home (along with his wife and daughter) for more than 20 years. “That is where we made a lot of great friends.” The Slumans were members of Hinsdale Golf Club prior to relocating to Chicago and Del Rey, Fla. recently.

Sluman will be one of the PGA TOUR Champions players vying for the title at the upcoming Constellation SENIOR PLAYERS Championship, which will be held at Exmoor Country Club in Highland Park July 12 to 15. It’s the first time in 21 years that a PGA TOUR Champions major tournament has been played in the Chicago area. And Sluman, for one, plans to be ready.

Many of the best senior players on the circuit will participate in what promises to be a spectator-rich and exciting four-day event on the on the classically designed, Scottish-style Donald Ross golf course at Exmoor. Sluman has been competing with PGA TOUR Champions since he became eligible at age 50 in 2007. 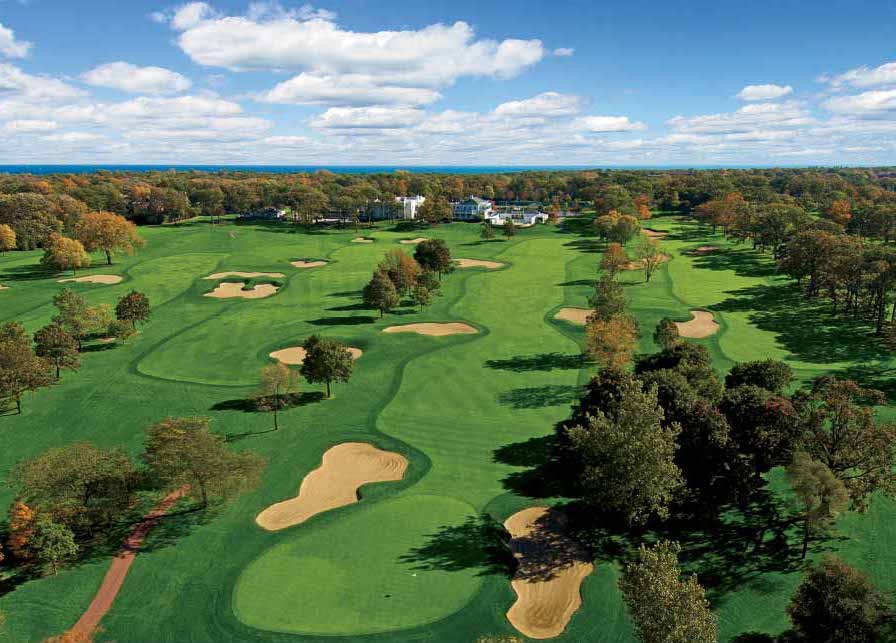 The course at Exmoor Country Club

Long before that, it seemed he was destined for a successful career in golf when he made his first “ace” (a hole in one) at age 14 at Ridgemont Country Club in Rochester, N.Y., where he grew up. At age 30, he won the 1988 PGA Championship at Oklahoma’s Oak Tree Course. Just before his 40th birthday he won at Tucson, which triggered victories in seven more events world wide including four on the PGA TOUR. After winning the 1997 Tucson Chrysler Classic, he won seven more events including four on the PGA TOUR during the next seven seasons. Since joining PGA TOUR Champions in 2007, he’s won the 2008 Bank of America Championship as well as the First Tee Open in 2008, 2009, and 2011.

As one of the tour’s most consistent top 10 finishers throughout his career, Sluman’s regular career earnings exceeded $18 million dollars. Perhaps more importantly, he’s still a really nice guy who truly loves the game of golf, and who is looking forward to the challenge of Exmoor.

“I’ll probably go out ahead of the official practice rounds, and play the course a couple of times in solitude,” he says, when asked about how he prepares for a major tournament like this. “My caddie, Doug Lloyd, will chart the course. I’ll get his opinion and we’ll talk strategy on how to play certain holes. You can overanalyze the situation, but golf has a way of rearing its ugly head. Ultimately, it all depends on how you are playing during the tournament, regardless of the golf course.” 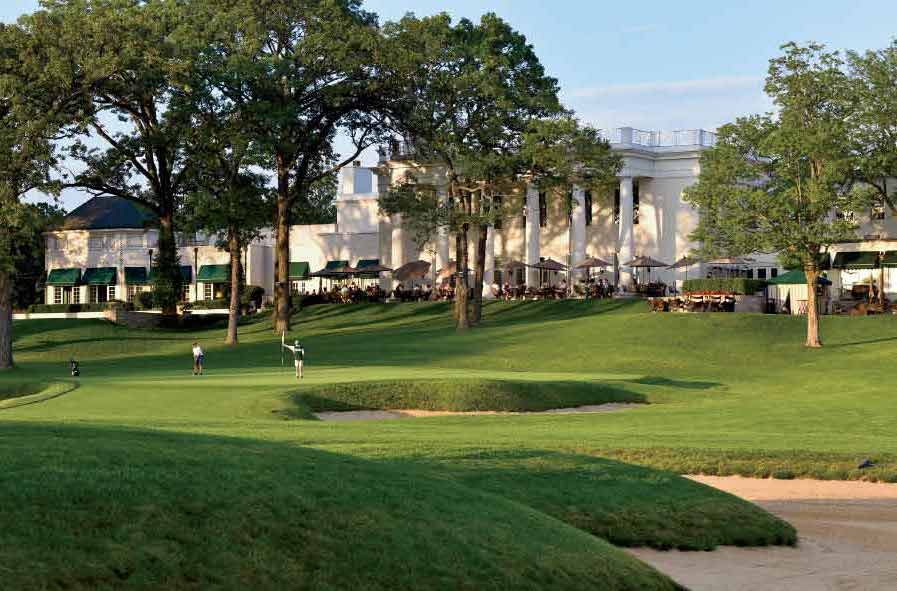 The quality of the course is one of the many reasons the PGA TOUR Champions selected Exmoor for the upcoming Constellation SENIOR PLAYERS, one of the five major championships contested on the PGA TOUR Champions schedule. The tournament has visited some of the best venues on the East Coast, with stops at Baltimore Country Club, Westchester Country Club, Fox Chapel Golf Club, and Philadelphia Cricket Club’s famed Wissahickon Course. The 2018 event will be managed by the Western Golf Association in partnership with the PGA TOUR’s Championship Management division.

Most of the PGA TOUR Champions playing at Exmoor in July are familiar names to area golfers. Sluman will be up against players such as defending champion of the 2017 Constellation SENIOR PLAYERS Championship, Scott McCarron, who counts six other PGA TOUR victories to his name. Other notable players currently confirmed include Bernhard Langer, Jay Haas, John Daly, Kenny Perry, Colin Montgomerie, Sandy Lyle, Jerry Kelly, Kevin Sutherland, David Toms, and Joe Durant. 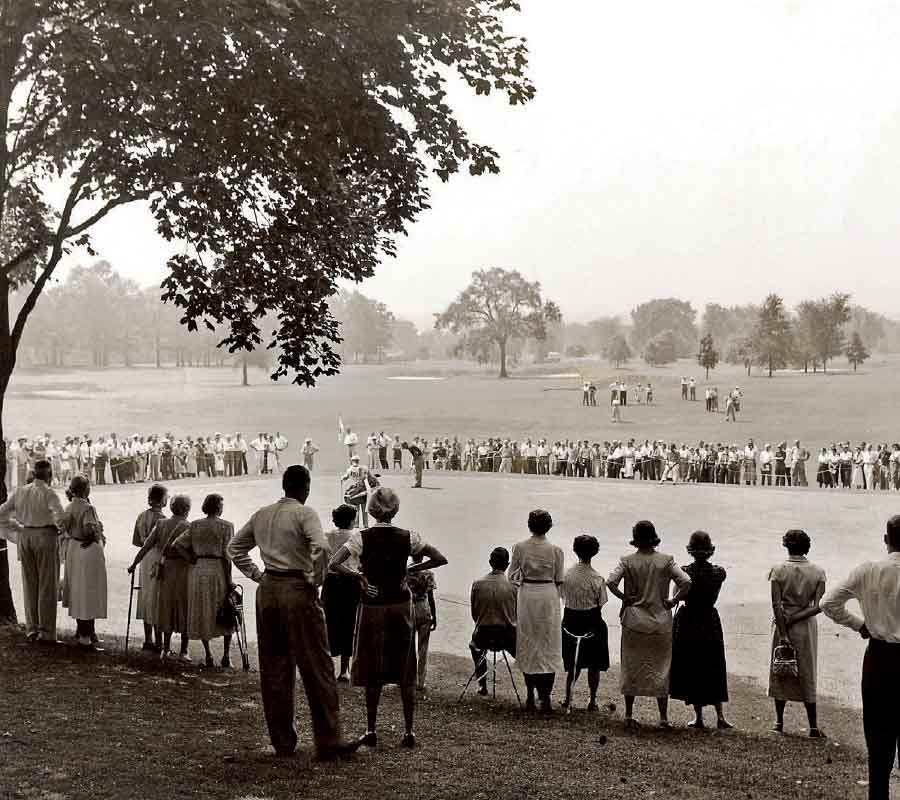 In closing, Sluman says that spectators will be amazed at the level of play at the senior level. “People can learn a lot from us. We are hyper-competitive, and the players will make some great shots. Come on out and see.”