Artemisia Gentileschi, one of the most prolific painters of the Modern Era, was recognized by her contemporaries and being both a genius and a monstrosity—all because she possessed a talent thought to be exclusively male. Her paintings reflected injustices in her own life that she suffered, but they also became a war cry for oppressed women everywhere.

Perhaps then it is apt that Artemisia, A Chicago Theatre, produces plays that are focused on empowering women. And starting this summer, that empowerment and recognition for celebrating women’s strong and unique voices is now being extended to teenage girls in the Hinsdale and Oak Brook area.

Building on its founding mission, the Artemisia Girls Summer Camp—running July 9 through July 14 at the Oak Brook Park District—will be focused on helping young women find their courage, and the power to express their own voices, through theater.

“It wasn’t until after her death that Artemisia got the accolades she deserved because her artwork was all attributed to men,” says Noha ElGanzouri, Hinsdale resident and board member at Artemisia. “Her work wasn’t recognized while she was alive and that’s unfortunate.”

“In theater, the producer, the director and the leads are often male,” says ElGanzouri, who joined Artemisia after participating in the Artemisia Fall Festival. “Julie saw this many years ago and wanted more equality in theater so she started Artemisia.” 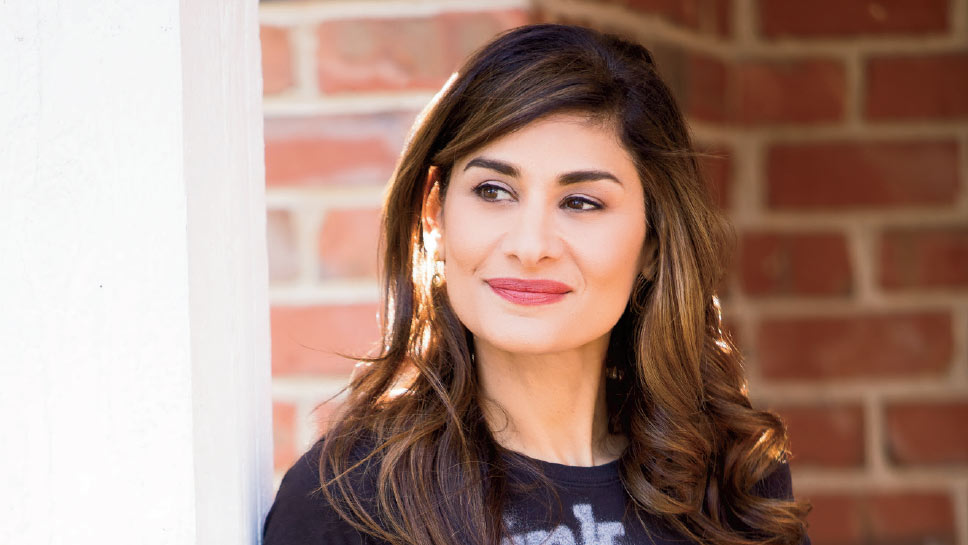 A new camp that encourages girls to find their voices through theater is coming to Oak Brook Park District this summer. PHOTOGRAPHY BY ROBIN SUBAR 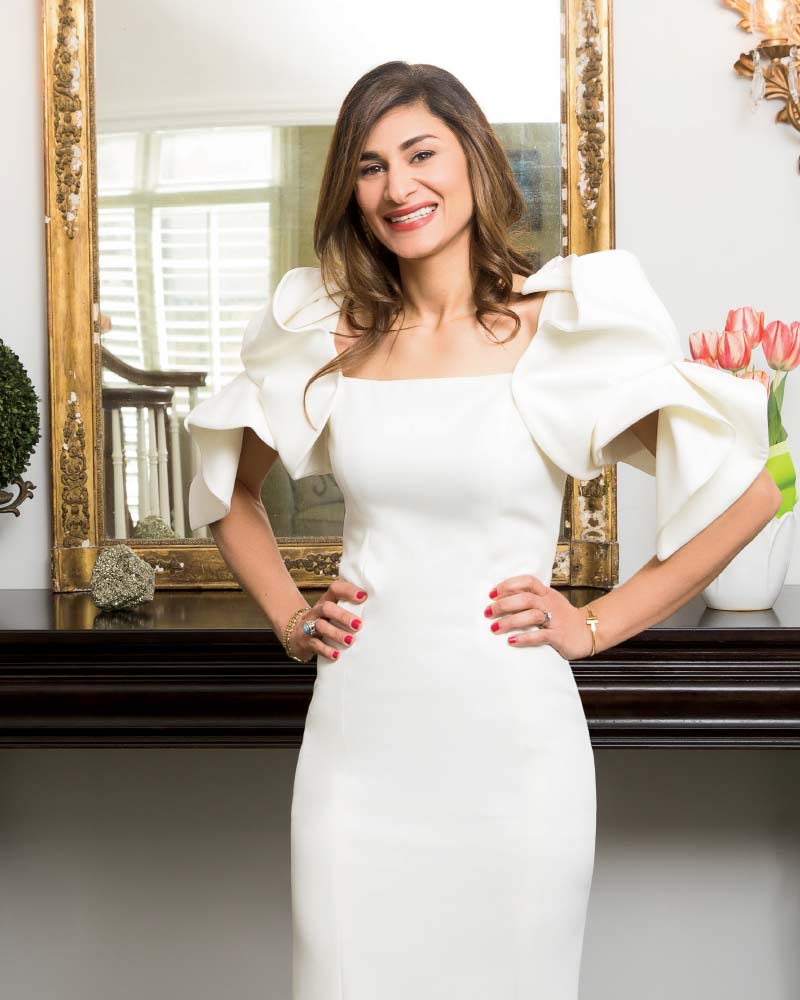 Research shows that teenage girls often suffer from low self-esteem due to peer pressure, the need to please others, and difficulty trusting their own voices. ElGanzouri, Proudfoot, and Scott believe that these young women can find their individual voices by writing, directing, producing, and acting in plays that focus on women’s strengths.

“When Julie approached me about being a board member for Artemisia, it was in that same conversation that I told her, ‘If your theater’s mission is to empower women, then there is no greater need for this than in the early years of adolescence,’” says ElGanzouri.

It was then that she pitched the idea of a Girls Summer Camp unlike others she had seen in her community. The focus is not on producing a mass production, but instead using the art of theater as a tool of empowerment. Proudfoot liked the idea and later asked ElGanzouri to put together a proposal for the board.

“I put together a brief keynote that I presented,” explains ElGanzouri. “Her interest in the camp idea and my love for teaching students is the main reason I joined the board. As a former high school theater teacher and director, I love the creativity, imagination, and yearning to express themselves that comes with adolescence. I have seen first-hand how this artistic expression has allowed students to have a heightened sense of self-worth, be accepted for who they are, and respect their voice and the voice of others. These are all qualities I hope our summer camp will instill. As both an artist and mother, I see that there is such a great need for this, especially for middle school and high school girls.”

ElGanzouri, who also acts in the Theatre of Western Springs, says she notices in daily conversations with her kids and on the stage with teenage actors the topics that come up regarding women.

“They talk about body image and social rewards for simply agreeing with other people because if you don’t, you don’t get accepted,” says ElGanzouri. “These girls are conditioned to silence their voices or to please the other person, and it becomes a negative cycle. I ask my kids, ‘Why is their voice more important than yours?’” 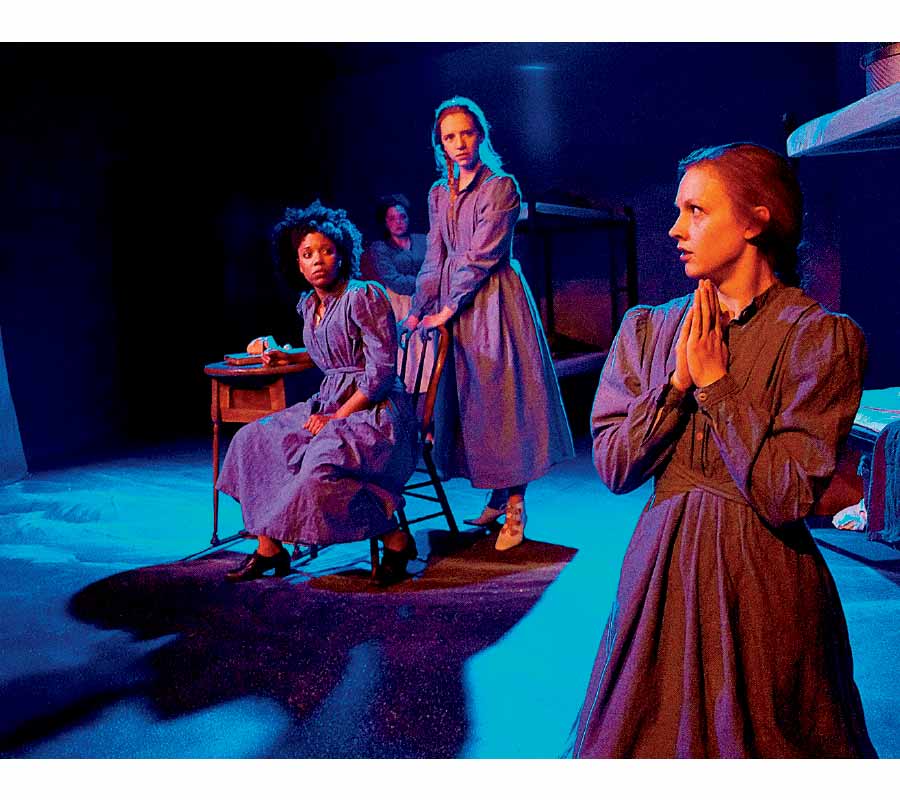 A recent production by Artemisia, A Chicago Theatre

The classes will focus on artistic growth while promoting creativity. They are not interested, for example, on a mass production that only highlights a few participants. Rather, the camp will focus on using theater to teach girls leadership skills, a heightened sense of self-worth, and being accepted for who they truly are.
The curriculum includes warm up exercises that encourage participants to get comfortable with each other. They will then play improv games, work on body movement, write original material for stage and get coached on how to perform their written play. “I want the girls to have a lot of fun. I want them to feel comfortable being themselves in front of others, and to use theater techniques where everyone in the room is free from fear or judgement,” says ElGanzouri. “I also want critical response so the participants know how their skits are received. That way, they can modify it for their showcase on Saturday.”

As part of the camp, participants will write, direct, produce, and act in a Saturday performance at the camp’s conclusion. The skits will highlight all the girls in the troupe as there won’t be only one star of the show. Family and friends will be invited to watch the showcase five-minute performances that incorporate their own stories.

Benefits o participating in the camp are numerous. Girls will develop theater skills that help build confidence, self-empowerment, risk taking, collaborative learning, respect for others, trusting their own voices, and learning to be present in the moment.

Added benefits include feedback from Julie Proudfoot, Steve Scott, and ElGanzouri. Scott, a renowned figure in the theater world, recently concluded a 37-year career in the Goodman Theatre. “Steve will be able to give the girls real-world feedback which is so valuable,” says ElGanzouri. Meanwhile, Proudfoot, who owns Artemisia and is a writing critic for HBO, bring valuable experience as well.

“Everyone has their own areas of specialty so that will be beneficial to the participants,” says ElGanzouri. One thing she wants to be clear, however, is that the camp is not designed for “boy-bashing.” Equality is important to Artemisia. “It’s not about women becoming better than men,” says ElGanzouri. “This is our opportunity to help the girls shine their own light.”