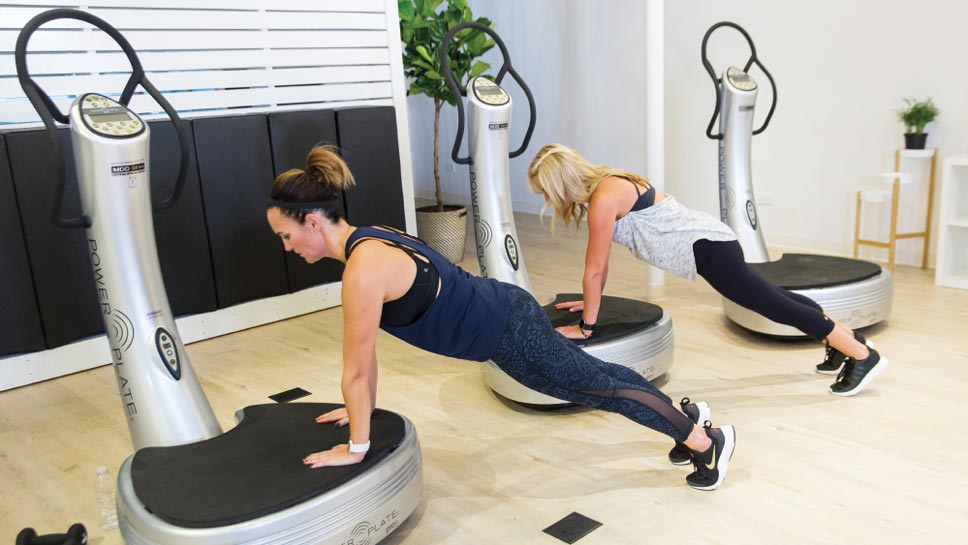 Plate Up
One of the latest fitness trends just arrived in Hinsdale. Plate28, a new boutique fitness studio that features state-of-the-art Power Plate machines, delivers whole body vibration training in a quick, efficient 28-minute workout. Owners (and Hinsdale moms) Katie Mueller and Kelly Milne say the best way to describe the method is the ability to get “more muscles, doing more things, more often, and in less time.” The Power Plate machine allows your muscles to contract at a rate of 30-50 times per second, with a workout that incorporates circuit training and timed intervals on both cardio and strength. “I first discovered Power Plate 8 years ago while living in London,” explains Milne. “After the birth of my second daughter, I wanted to get in shape but lacked the time. I began going to a small Power Plate studio near my house a few days a week and was amazed by the quick results.” Mueller says after she learned of the method from Milne, she was hooked. “It was quick and efficient and after every session, I felt significantly stronger.” The Plate 28 studio—located at 5819 S. Madison Street in Hinsdale, serves up to eight clients at a time, seven days per week. For more information, call 630-537-1176 or visit www.plate28.co 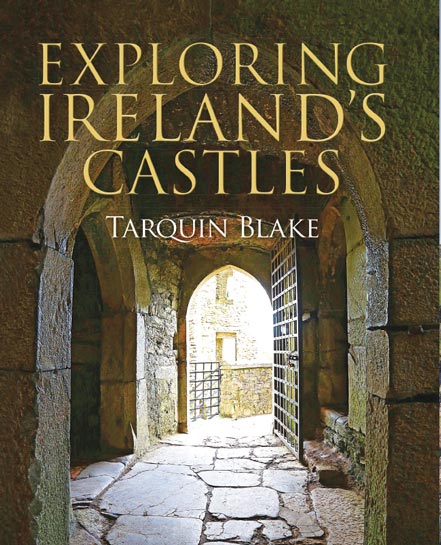 To the Castle
Green beer? Corned beef and cabbage? Always fun to enjoy on St. Patrick’s Day in America but truth be told, not very Irish at all. For a real taste of Irish history and culture, check out Tarquin Blake’s new book, Exploring Ireland’s Castles. This coffee table-worthy tome takes you on a tour of lesser-known gems, such as Fiddaun Castle in County Galway, as well a luxury hotels like Ashford Castle in County Mayo. Photos are accompanied with historic stories of the families who lived through triumph and tragedy behind these fortified walls. Available on amazon.com or at your favorite local bookstore. 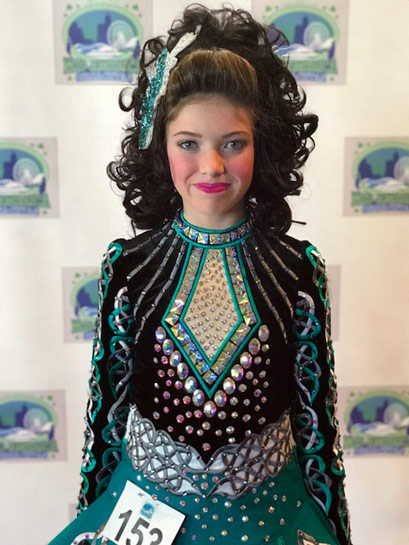 World Qualifier
If you believe in the luck of the Irish, send some along this month to Mallory Turner, a 7th grader at St. Isaac Jogues School, as she heads off to Glasgow, Scotland for what will be her third trip to the World Irish Dancing Championships. According to Mallory’s parents, Debbie and Dan Turner of Hinsdale, she has been around Irish dancing “as long as she could walk.” With a proud Irish-American family heritage on both sides (tracing to Counties Mayo, Clare, and Monaghan) and an older sister (Kate Turner) already dancing at the Mulhern School of Irish Dance, it was a natural for Mallory to get involved. She has been taking lessons for 10 years, qualifying for the Worlds all three years that she has been eligible. Debbie Turner says the family is thrilled to see Mallory move on to the top competition, which goes from March 24 through April 1. “Mallory’s teachers (Coleen Mulhern Malloy and Eileen Mulhern O’Kane) have taught her that dance is about much more than competition results,” she says. “While she strives for excellence in dancing, she has learned valuable lessons about perseverance, discipline, and good sportsmanship that extend far beyond the walls of the dance studio.”