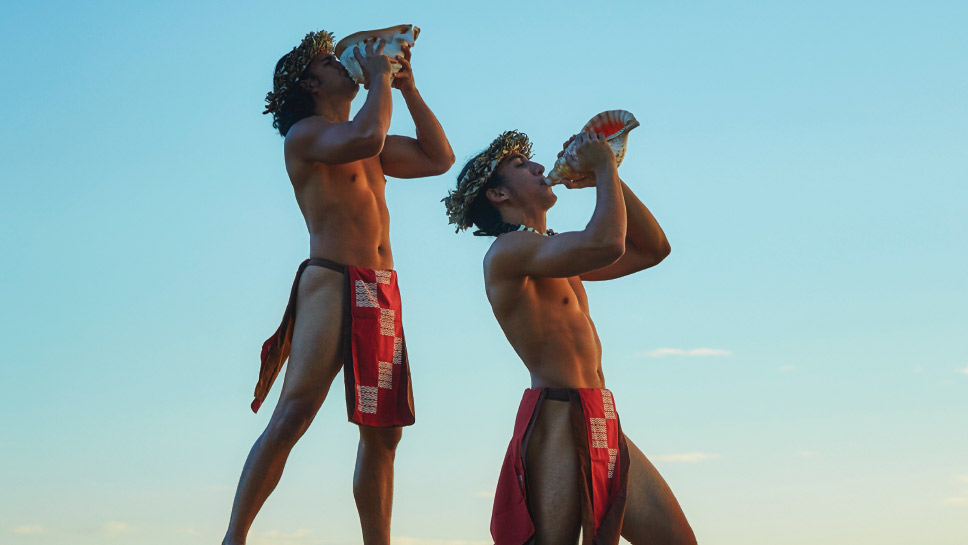 A trip to the new Four Seasons Resort Oahu at Ko Olina, a sumptuous, spiritual, stress-busting retreat, may be the best Hawaiian vacation money can buy.

The Four Seasons Resort at Ko Olina—a life-altering 371-room resort perched on the leeward side of the island of Oahu—is one of the last hotels in the United States that render smartphones, cameras, and iPads completely useless.

My family and I snapped hundreds of photos during our trip. And we know what we shot. Sunrises that poured over the horizon like molten gold. A lagoon striated with so many different waves of color—from bright teal to midnight blue— that it might as well have been liquefied agate crystal. And sunrises—those sunsets—which dripped down the Hawaiian coastline like melted swirls of guava- and mango-flavored sorbet.

But truth be told, none of our snapshots came close to capturing what we actually saw out there. Everyone we spoke to at the Four Seasons—honeymooners, families, employees—shared similar experiences, as if this particular idyllic slice of heaven was under the protection of some ancient spell.

Some say that’s exactly what it is: Hawaiian magic. For centuries, the 624 acres of oceanfront land that is Ko Olina—which translates to “Place of Joy”—was reserved for special religious ceremonies. Hawaiian royalty—including King Kamehameha, who united the Hawaiian islands—chose this place as their private retreat.

Many non-natives followed, including Alice Campbell, the daughter of industrialist James Campbell, who was so smitten by this area that she called it Lanikuhonua: The place “Where Heaven Meets Earth.” 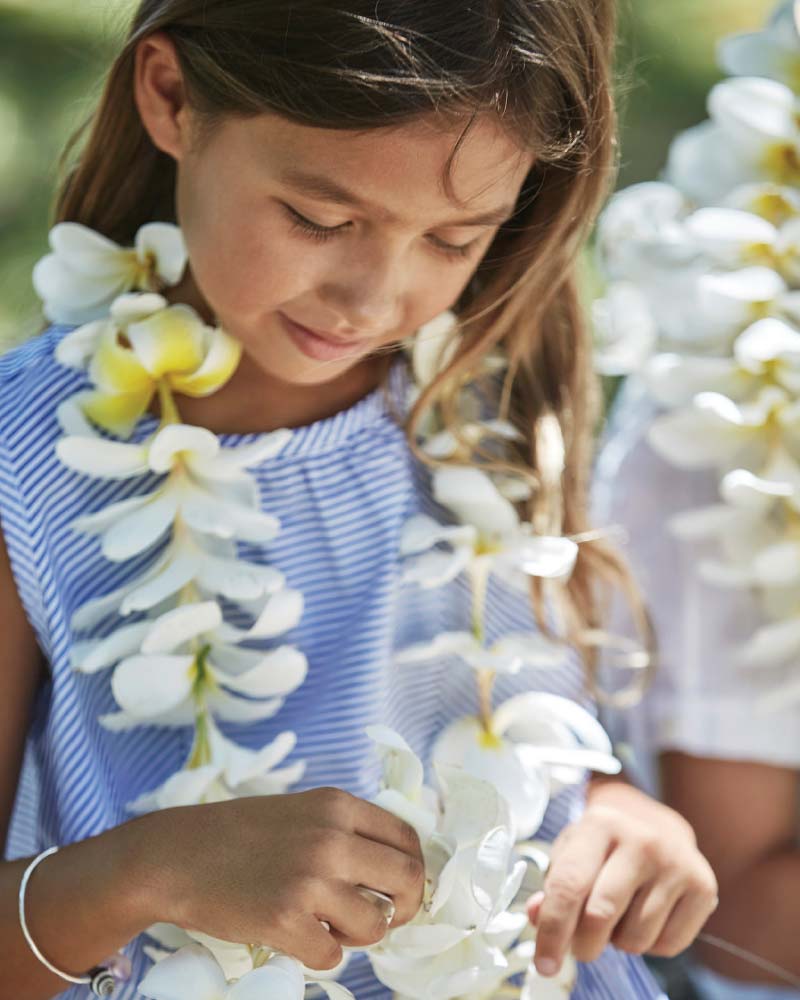 It wasn’t until the Four Seasons took over an old JW Marriott at the northern end of Ko Olina in 2014 and poured in $750 million to renovate it that Ko Olina boasted a resort worthy of its heaven-like setting.

What separates the Four Seasons Ko Olina, which formally opened in May 2016, from just about every other resort on Oahu is the attention that’s been paid to blending modern resort luxuries with the majesty of the natural environment.

You never get the sense that you’re staying in an actual brick-and-mortar hotel here. Every sightline in the Four Seasons seems to stretch seaward, toward either sunshine or stars. Common areas boast large floor-to-ceiling windows, which invite in breezy trade winds and fresh ocean air. And native flowers bloom, twist and curl into every nook and cranny.

In the lobby, a giant overturned urn spills out sunflowers, and walls of orchids twist in the breeze. Follow their scent down a white marble staircase and you’ll find yourself staring into an in-house botanic garden, complete with a rushing waterfall, bridges, and a tiny chapel.

Keep following those glorious flowers and you’ll come to three separate swimming pools. A giant circular pool overlooking the Pacific Ocean. A kid’s pool, where servers carry trays full of free chunky-monkey smoothies and mini cake pops. And then the coup de grâce: a boardwalk-lined adults-only pool, where you can enjoy free Mai Tais every day from 2 p.m. to 3 p.m. and meditate to a 24-hour soundtrack of rushing water and swaying palm trees.

Just about everything at the Four Seasons Ko Olina is an upgrade over your typical resort offerings. The water doesn’t come studded with cucumber, it’s infused with flavors usually reserved for cases of La Croix, like fresh strawberries and pineapple slices. The kids don’t get free lemonade; they receive a tropical blend of lilikoi, passionate fruit, and orange juice.

And yet what’s most impressive is the care that’s been taken to seamlessly integrate local Hawaiian culture into your typically luxe Four Seasons experience. Rather than impose mainland influences onto Oahu, the resort finds creative ways to showcase native Hawaiian sensibilities.

The Four Seasons has been so thoroughly embraced by the Oahu art community that local artisans travel daily to the resort to hold workshops as part of the resort’s WayFinders program. The variety of offerings is stunning, running the gamut from how to make jewelry with native shells and weaving lauhala bracelets to personalized painting lessons and bamboo stamp tutorials.

The resort’s commitment to embracing the bounty of the natural environment extends to its culinary program as well. You’ll find no less than four restaurants in the resort, each designed to offer a different al fresco experience.

At Noe, diners enjoy fresh pastas and Italian-inspired offerings beneath a canopy of illuminated Hawaiian Autograph trees. At the new Michael Mina Fish House, diners enjoy fresh-off-the-line opa, mahi mahi and Hawaiian snapper against the backdrop of flickering tiki torches and fire pits. But the most stunning culinary experience is the house’s signature Sunday Brunch, which is so expansive it brings in locals from across the island.

Pretty much whatever Hawaiian delicacy you can imagine is here. There’s a build-your-own poke station and a grill that fires up lobster tails, lamb chops and crispy skinned pork. If you’re in the mood for fresh oysters, crab legs, and shrimp cocktail, there’s a station for that. Not to mention the main dining room, which offers salmon as far as the eye can see, a whole station devoted to pickled veggies, and then a Willy Wonka-esque assortment of sweets and candies. 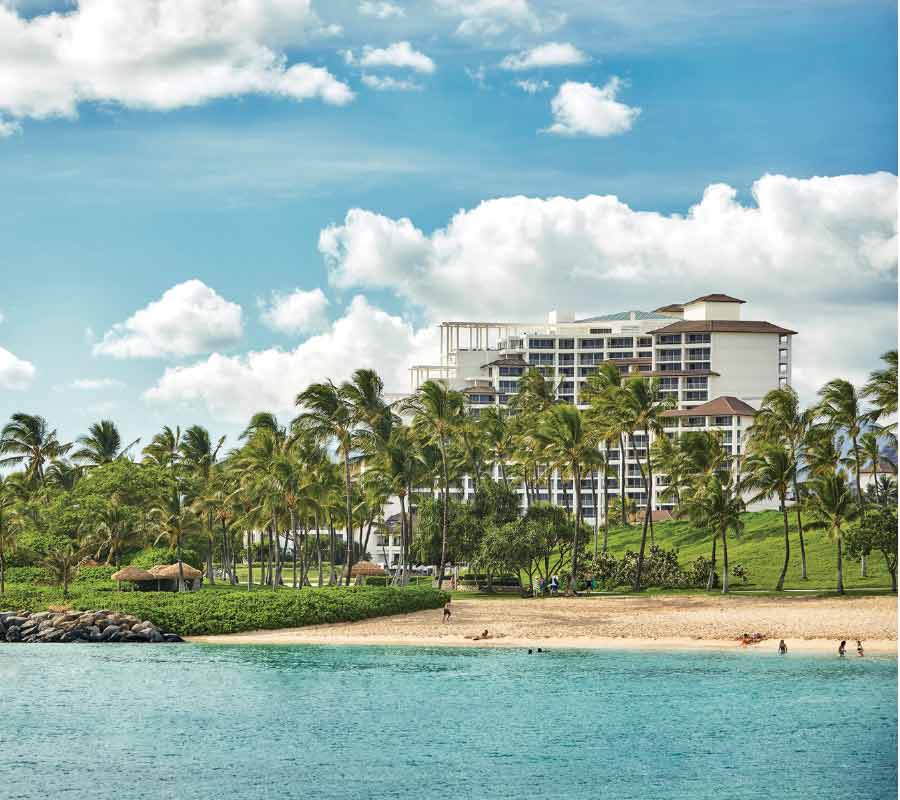 You gorge and then you gaze. In essence, the Four Season has the corner suite position of Ko Olina, which provides guests access to the best lagoon on this side of the island. You can snorkel in water as warm as baby’s bathwater and spot native fish and sea turtles. And because the Four Seasons boasts only 371 rooms, its grounds never feel congested.

Compared to the crowded, behemoth-sized resorts down the road, it’s practically a boutique hotel. And thus the luxury of a Four Seasons experience isn’t just the amenities, it’s the freedom that comes from knowing that you can claim box seats overlooking the Pacific Ocean whenever you please.

During the day, the Four Seasons experience is designed to exorcise whatever stresses you brought to the island. But it’s at night when you feel the unmistakable spirituality of this place. It starts with the dusky sunsets, which locals will tell you are the best in all of Hawaii.

There are benches here, so out-of-towners can sit together marveling at the sky just as the kings and queens of Oahu did centuries ago. When the sun is setting, you can see, as Alice suggested, the cleaving of heaven and earth.

I don’t think I’ve felt as unburdened from stress as I did watching those spectacular sunsets frost their way across the night skies of Ko Olina. If you can’t find some semblance of peace here, you won’t find it anywhere.

Which is why we did the same thing almost every night. We sat at the Four Seasons and drank it all in. Sunlight cracked. Clouds parted like tufts of cotton candy. And then came the moonlight, which was so luminescent it seemed to bath the green grasses in a celestial dew.

You can take video and post Facebook pictures of countless resorts, but how many places allow you to do something far more impressive: Put your smartphones down and completely forget why you even needed them in the first place?