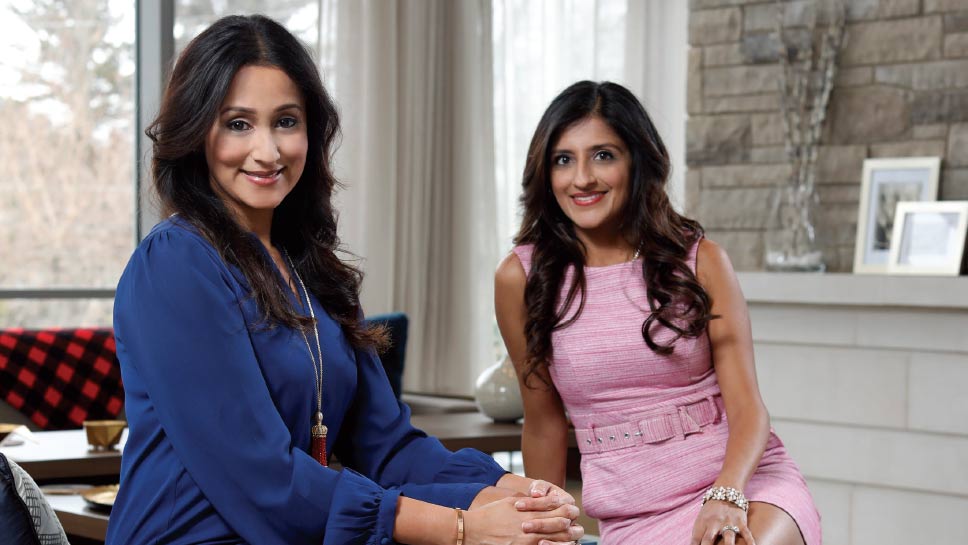 Did you know that every hour, two girls are sold into the human trafficking market in India? Did you also know that these girls are as young as 8 years old? These staggering statistics are what spurred Purva Shah of Oak Brook and Dina Patel of Hinsdale into action. Coming together for a common purpose, Shah and Patel founded Ignite Hope Chicago to raise funds to help victims in their homeland of India.

Being involved in charitable organizations isn’t new to Shah and Patel, but having young daughters the same ages as some of the victims hit close to home for them.

“Ignite Hope is something that has been brewing in me for the last two to three years as a result of being involved in various charities,” says Shah. “I wanted to start on my own, but I wasn’t quite sure what that was going to be.”

Since moving to the Western Suburbs from Chicago, Shah has volunteered at Hinsdale Junior Women’s Club, the Oak Brook Chapter of the Infant Welfare Society, and numerous school-related fundraising events. Ignite Hope began when Shah and Patel realized how dire the trafficking situation in India truly is.

“Our daughters are the same age,” says Shah of her friendship with Patel, explaining how they met through various community events. “We both wanted to create something for people like us—Indians who live in the U.S. but who still have strong connections back in India.”

The connection between the two mothers was instantaneous, and soon their vision for a charitable foundation was aligned. Their shared mission for Ignite Hope is to have a positive impact for South Asian women and children on a global level. Each year, the charity to which Ignite Hope donates funds will be different. After a long vetting process, Shah and Patel will team up with a foundation of their choosing.

“We wanted to impact and see change in things that aren’t given much attention. We know that poverty, homelessness, and things like that are a problem in India but there are also many organizations and institutions in place that exist to help that,” says Shah. “We wanted to help the overwhelming problem that is not spoken about in India and that is sex trafficking. Even though I have visited India every year of my life growing up, I didn’t even know what a huge problem it is.”

For their first fundraiser, the two women picked Rescue Foundation— a nonprofit NGO in India that helps rescue young trafficking victims. Patel visited the foundation in Mumbai in November and Shah went in December. Both realized immediately they had made the right decision. “In my opinion, it was a seamless partnership,” says Patel.

Girls in India are “sold” on the market for various reasons. In many cases, their families are selling the girls for money. Some girls are sold because the parents are hoodwinked into thinking their daughters are leaving home for a career; some are purely kidnapping victims. Either way, these girls don’t have a choice. “They have no voice,” says Shah. “These girls are sold for only a couple hundred dollars. That’s how desperate some families are.”

Through the Rescue Foundation, victims complete a full-cycle consisting of three phases—rescue, rehabilitation, and repatriation.

After victims are rescued, they are brought to one of four shelter homes— two in Mumbai, one in New Dehli, and one in Pune—where the girls are given full accommodations. They receive food, education, psychiatric evaluation, medical treatment, and vocational training. Each house accommodates approximately 60 to 120 girls.

The final phase is repatriation, where the women are introduced back into society in a meaningful way. Rescue Foundation ensures the women are fully equipped physically and mentally to assimilate back into society. “Once the girls leave the homes,” says Patel, “they oftentimes come back to visit and act as counselors for younger victims in the homes.”

Ignite Hope is having its first annual gala fundraiser on Saturday, March 10 at the Hilton Chicago/Oak Brook Hills Resort & Conference Center. Guests will enjoy a full, open seating dinner while enjoying cocktails and musical entertainment. DJ Sohbash, a famous Bollywood DJ, will entertain the crowd prior to a paddle raise and live auction.

Ignite Hope Chicago has three levels of sponsorship—Gold ($2,000), Silver ($1,000), and Bronze ($500)—and have already secured numerous private donors. Retina University located in the Western Suburbs is among the first Gold Level sponsors already donating to this worthy cause.

For this first event, Shah and Patel wanted to keep it culturally connected but plan on expanding to other areas of need in the future. Both Patel and Shah say they have had many people who aren’t culturally connected to India still show interest in this cause. For that, they feel blessed.

“It’s amazing how inquisitive people from this community are about India and our culture and how they want to help this cause,” says Patel.

For Shah and Patel, though, the point of all this is to help others. “Everyone should have a chance at life, and no one is looking out for these girls,” says Shah. “If we can help even 20 girls, that’s 20 girls who get a second chance at life and, in the end, that’s all that matters.”

The Ignite Hope Chicago inaugural gala will be held on Saturday, March 10, at the Hilton Chicago/Oak Brook Hills Resort & Conference Center. For further information or to purchase tickets, visit ignitehopechicago.com.