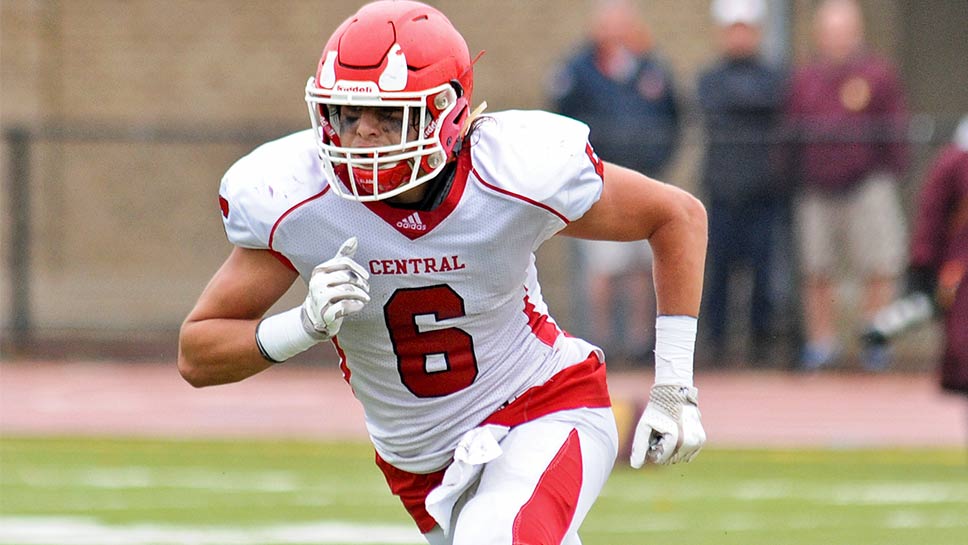 As a student, Hinsdale Central senior Matt Bjorson is as active as they come. “I love to talk in class,” Bjorson says. “I like to be the leader, a speaker, and a very active participant. I like to be helping people out. I don’t like to sit back.”

Combine that eagerness and enthusiasm with a bit of an attitude and he becomes Matt Bjorson, the football player.

That person is just as active—maybe more.

“In school, I’m nice and friendly, but once I strap it up, I’m wild. I never back down to anyone,” Bjorson says. “I think teammates will remember me just as a kid always ready to go at all times. I’m an angry football player that’ll get in people’s faces.”

Now preparing for NCAA Division I football at Indiana University, the 6’ 3”, 225-pound Bjorson earned all-state honors after a team-high 25 receptions for 411 yards with eight touchdowns as the Red Devils reached the second round of the Class 8A state playoffs. He also played defensive end and even quarterback and running back in goal-line situations. 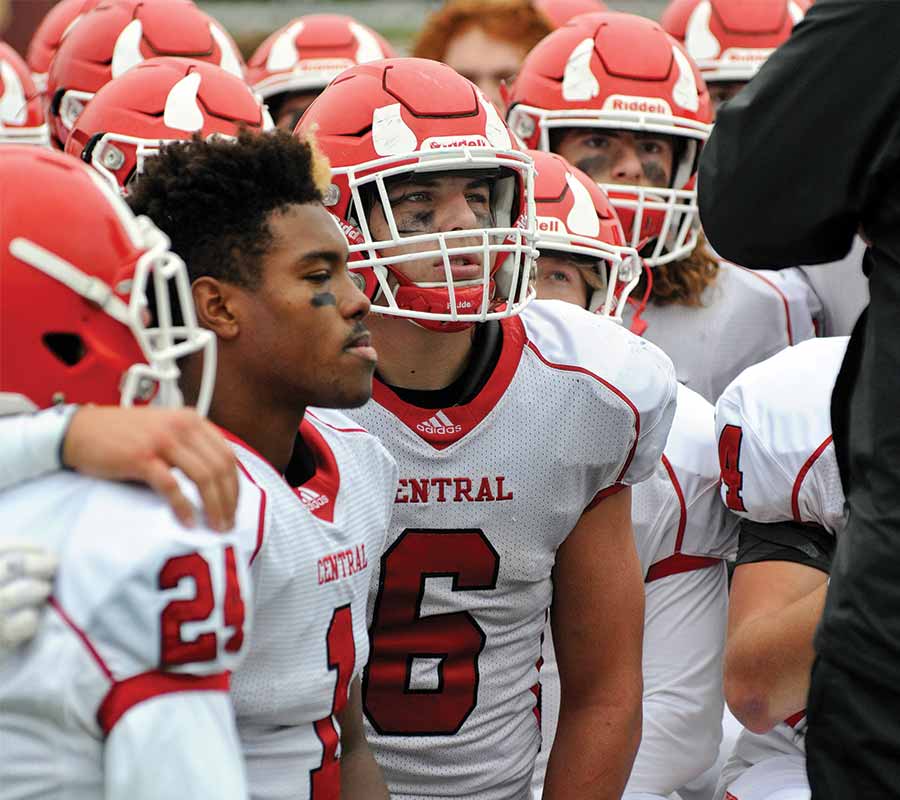 “He is like having a coach on the field. He has been so great working our young players. He has taught a lot of them what it takes to play at a high level,” Hinsdale Central coach Dan Hartman explains. “He goes all out on every play, trying to dominate the player he is going against. It doesn’t matter if it is a 285-pound defensive lineman or a 5’ 8”, 165-pound defensive back.”

Bjorson achieved football success with the help of his father Kris and older brother Nick.

Kris is in sales and industrial real estate. Bjorson also has an interest in math and enjoys his elective business classes.

“Playing football my whole life motivated me as a student,” Bjorson says. “The thing I’ve learned most about myself is there’s always room for improvement. Every time you step on the field or in the weight room, you try to reach peak performance. One thing I love about football is that you’re never able to outwork everyone, but every day you have to strive to be the best.”

Kris played football for the University of Cincinnati. Nick is a sophomore there after playing football for Fenwick.

Matt was offered his scholarship while attending Indiana’s 2017 summer football camp and accepted a week later.

“I didn’t really look into going to school in Cincinnati that much because I wanted to do my own thing,” Bjorson says.

Eventually, Kris became his coach. Bjorson played quarterback and then was switched to fullback/receiver, where he had “a ton of great catches.”

As a sophomore, Bjorson was moved to tight end because of his size and made varsity. Kris, a tight end at Cincinnati, provided technique and blocking pointers.

“The one thing I like as tight end is being able to block people and get the ball. Those are two great aspects of the game,” Bjorson says.

Moments into the 2015 season opener, Bjorson broke his arm. By the time he returned for an 18-yard playoff catch against Neuqua Valley, he was 15 to 20 pounds bulkier.

“It was really tough, but I took the injury as an opportunity to gain weight. I knew when I came back I was in the right shape to play,” Bjorson says. “After that, missing out on a season, nothing motivates you to train harder, get back better than ever.”

In the 2016 showdown with perennial power Glenbard West High School, Bjorson’s 65-yard catch on third-and-15 set up the last-minute field goal to force the game into overtime.

Bjorson fondly recalls his 8-yard overtime touchdown catch on a flat route. When the defense then thwarted a 2-point conversion, the Red Devils beat the Hilltoppers for the first time since 2006, 31-30.

“Everyone was rushing the field. It was just the coolest moment of my football career,” he says.

Bjorson’s college goals? To be a team captain and Academic All-American. Tom Allen completed his first full season as Indiana’s head coach with a 5-7 record.

“I love their attitude and style of play. It just relates to the way I play,” Bjorson says. “Right when I got to Indiana, I knew that’s where I want to be and I just shut down the recruiting.”