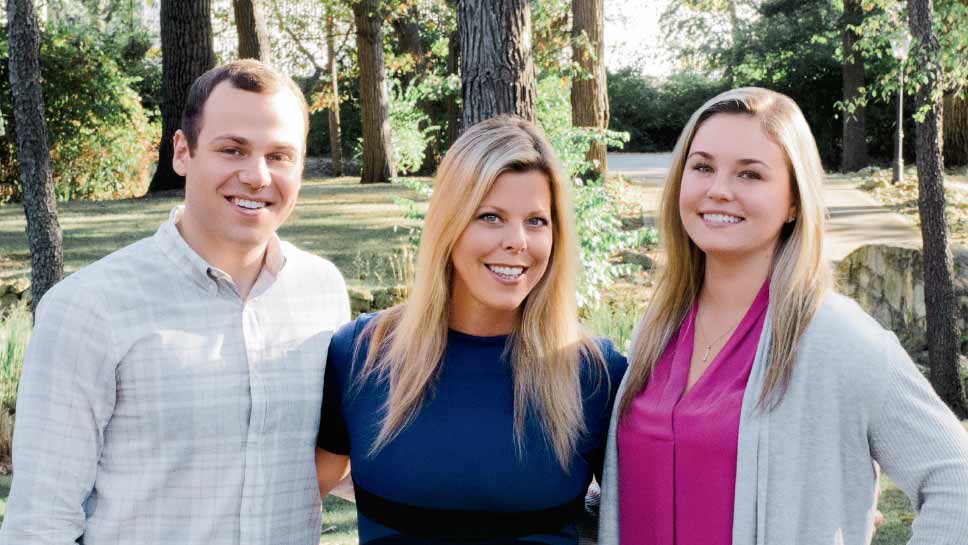 A Hinsdale broker, a young couple, and a bull dog named Vinnie, get their 15 minutes of fame on HGTV’s hit show House Hunters.

Since HGTV’s House Hunters debuted 18 years ago, most real estate brokers have loved relating to the trials and tribulations of finding homes for house hunting couples and managing their conflicting tastes, interests, and budget constraints. Imagine her surprise when Hinsdale broker Jennifer Hawbaker, with d’aprile properties in Hinsdale, was notified by her clients Rob Johnson and Karolina Drvaska that they were “in the running” to film an episode for the first time in the western suburbs of Chicago. Since more than 2,000 applicants submit online requests to appear on the hit show—every week—it was quite the coup. But there were a few hoops to jump through first.

“When Rob and Karolina told me they’d been selected, but that I’d have to submit a 10-minute video of myself as part of the vetting process, I was super nervous and super excited.”

Turns out she’s a natural with a “can do” attitude, and not afraid to roll up her sleeves and dive into a new project. “When you go out with clients, you can tell which ones have watched the show because they expect it to be like reality TV,” laughs Hawbaker, who is also a fan of the show. “But it isn’t that glamorous in real life.”

Before the market crash, Hawbaker and her husband did a lot of their own house flipping. “We bought, fixed, and flipped,” she says. “After 2008, my husband went to school to be a pharmacist and I stayed home with our five kids for a while to ride out the market.”

In 2011, she came back to real estate and soared to join the ranks as a Top Multi-Million Dollar broker and a Top 1 percent Main Street Organization of Realtors, among her many awards and accolades.

Her clients, who were longtime fans of House Hunters were already working with Hawbacker when Drvaska applied to be on the show, almost as a joke after some co-workers at Blue Cross/Blue Shield prompted her to apply. She and Johnson, who is a leasing agent for a luxury high rise in Chicago, were looking to move to the suburbs from the city. The couple also had to submit a 15-minute video that would demonstrate how they appeared on the screen and include their wish list for the perfect home.

“You have to be serious about buying a house,” says Drvaska. “There is a phone interview process and the 15-minute video where we talk about our wish list. If they like your concept and it gets approved, they set up the dates to come out and film.”

After the couple and Hawbaker were formally selected to film an episode of House Hunters, the real work began with filming taking place in March. Hawbaker selected three houses within their budget that she would show her clients during filming. 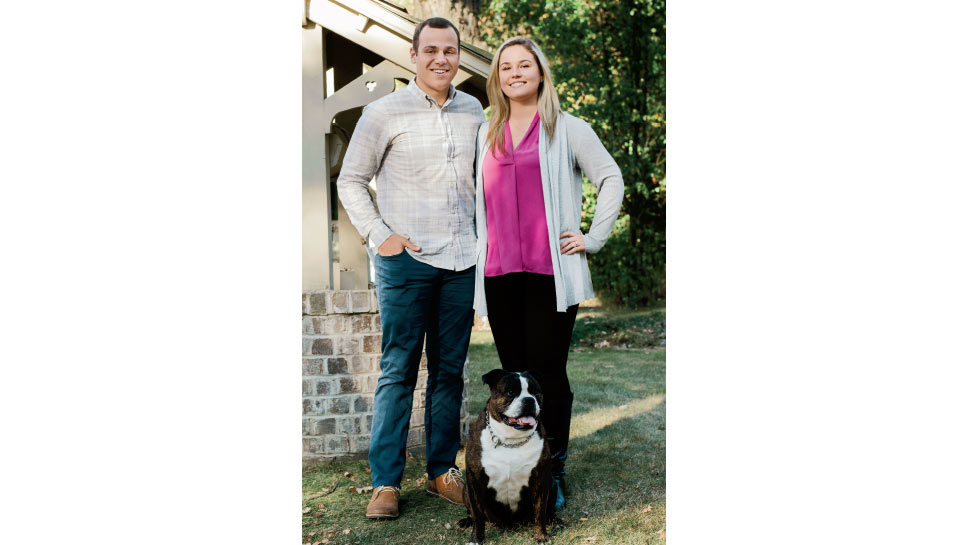 “They don’t script anything for you, so you just do what you normally do when you show clients a house,” she says. “It was pretty realistic.”

They filmed on the Burr Ridge side of Willow Springs, Indian Head Park, and Brookfield; it was hard work with filming starting early in the morning and going until 4 p.m. each day.

“We’ve never been on television before, and some things were surprising,” adds Johnson. “We could not believe how long the days were to shoot, with six nine-hour days of filming for what will eventually be a 22-minute episode. We developed a great relationship with the crew, who were awesome and made it so much fun.”

“They sent a full crew with a camera man, a sound guy, a producer, and a production assistant,” says Hawbaker, who filmed about 60 hours in total. “The producer was so L.A.,” she adds. “She called us ‘kitty cats’ and ‘kittens,’” she laughs. “I was very nervous at first, but I got over that after the first 10 minutes of filming.”

The couple would eventually film for a total of 90 hours before they were finished; the TV crew came back after they had purchased one of the houses to film the couple in their new home. “It was a full-blown TV show,” Hawbaker adds. “We’d stop filming when there was an airplane overhead or a yard service nearby.”

What made this group even more interesting, and promises for some endearing and humorous moments on camera, is the couple’s bulldog Boston terrier mix dog Vinnie.

“When we found out we had to do a video audition, we included Vinnie, my 7-year old dog from college,” says Johnson. “They had never had a dog filmed like he was in our episode, and they fell in love with the idea of having Vinnie be the star of the show. They ended up doing a ‘puppy cam’ around the house and in the backyards to get Vinnie’s point-of-view shots.”

Hawbaker, a Burr Ridge mother of five with husband Michael, says she’s been invited to participate in House Hunters again, and she’d love to do it.

“They did say there have only been two other agents that have done more than two episodes,” she says. “My dream scenario would be to film the hunt for a high-end home in the Hinsdale area. I think the producers would love that. The team loved our area with the historic aspect and the parks.”

As for Johnson and Drvaska, they are happily settled in their new home after rushing to move in, make improvements, and decorate in time to film the final segment. For now, their home pick and filming location is top secret until the episode airs sometime this fall. They are also excited about sharing Vinnie with the world.

“We get to enjoy Vinnie every day, and now other people will realize how special he is,” says Johnson.

Hawbaker agrees, laughing, “Vinnie was may favorite client. He just wanted a yard with squirrels.”

“It was super exciting,” she adds. “It turned out to be the best experience of my life.”