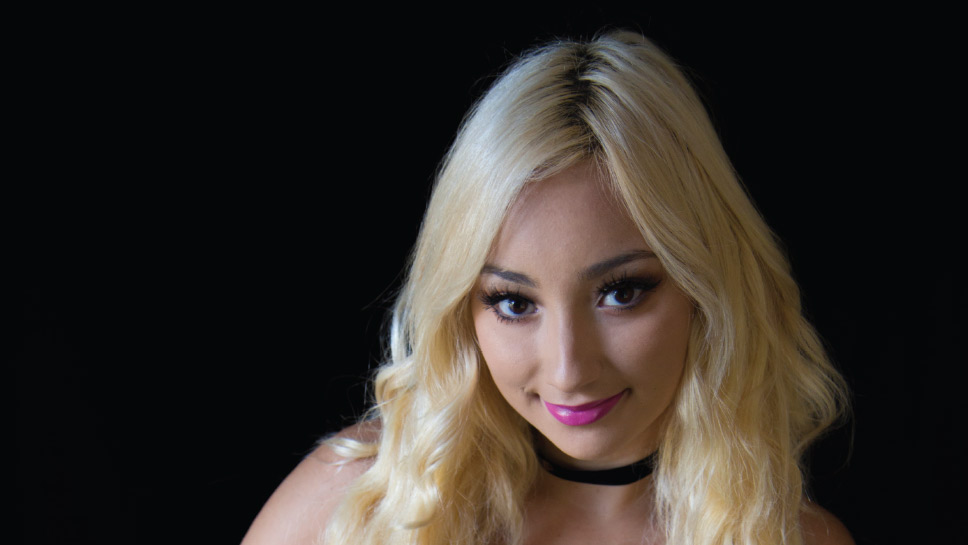 A Clarendon Hills teen is pursuing her dream as a musician, catching attention on the stage in her hometown and in Chicago. PHOTOGRAPHY BY MONICA KASS ROGERS

In a bright pink baseball cap, tennis shoes, and tube top, with hot pink nails to match, 18-year-old Francesca “Frankie” Barreda plunks down on the top porch step of her white-pillared home in Clarendon Hills, looking very girl-next-door. But then she starts strumming her guitar and singing, and the smooth sounds let you know this is a polished professional.

Now working on her first full-length album at the Jam Lab in Brookfield, Illinois with music engineer and producer Colin Peterik (son of Survivor band founder and songwriter Jim Peterik), Barreda penned her first LP collection of original songs at age 15 and has been singing all her life.

“I’ve always had an emotional connection to both music and performing,” she says. “I remember sitting in my car seat in the back of my dad’s car listening to different Spanish songs and crying because they were so beautiful. He would laugh and ask why I was crying and I really had no answer. There was just always this connection.”

One Christmas, Barreda’s parents bought her a karaoke machine, which led to lots of impromptu shows at home, and talent shows in kindergarten and first grade.

“My parents have been so supportive from the start,” she explains. “I loved to put on little concerts for my family, pretending I was a pop star. I liked to sing Hillary Duff songs because I was a big fan of the TV show Lizzie McGuire.”

Barreda learned to play the guitar in third grade, and knew by the time she was a freshman in high school that she wanted to make a career of music. In the beginning, she enjoyed covering other artist’s work, influenced by 80s alternative bands such as The Cure and the Smiths.

“The music that my dad listened to—The Police and U2, for example—also had a big impact on me.”
But very quickly Barreda felt ready to start writing her own music.

The six songs on her self-titled EP were originals—five by Barreda and a sixth that she did vocals on by her drummer Brad Newton. Thematically, most of the songs were inspired by young love and a relationship Frankie was in.

“My first song called ‘Queen’ was about young love and how a relationship can grow over time. But I also have songs such as ‘Just Another’ where I made up a scenario in my head. That song specifically is about a relationship that could have been, but ended up never happening, or being just another.”

When it comes to composing, the music comes first and the lyrics follow.

“The lyrics take me a little bit more time,” she explains. “Most of the songs on the EP have a throwback feel to them. I wrote majority of them on the piano in my living room, which was really fun for me and I think that’s why they ended up having a retro twist.”

Recording the EP, Frankie worked with freelance musicians at the studio, but soon after, she formed a band. Joining her is bassist Tommy Klein, drummer Jerry King, guitarist Ellis Clark, and a keyboardist and saxophone player named Alex Kerwin.

“We started playing gigs at venues such as the House of Blues and the Double Door, and now probably perform about two to three times a month.”

She’s also drawing attention through a series of local contests. Winning the initial phase of WTTW’s Songstage when she released her EP two years ago brought Barreda new followers. She’s also had good exposure performing at the Dancing in the Streets outdoor music festival in Clarendon Hills and in Pilsenfest in Chicago—an opportunity that put her on WGN morning news.

Over the last year, Barreda says her sound has evolved and for the current album she and her band are working on, the music has a more pop/electronic feel to it. “This process involves all of us coming into the studio to record and to brainstorm on different sounds and ideas. It’s very creative.”

DJ My Boy Elroy from Liquid Soul is co-producing the album, lending new electronic elements to the music. As the new music is finished, the plan is to release songs as singles and then, to release the full body of work. In addition to the rigor of finishing the album, Barreda says she would love to learn how to play the violin and accordion someday, which would bring her full circle to some of the music stylings she listened to as a toddler.

“I actually own two accordions and never learned how to play them,” she says, smiling. Barreda also entertains ideas of a Midwest tour, and much like any aspiring musicians, would love to get signed to a big recording label.

“Whatever gets the music out there,” she says. “I remember a time where I played at the House of Blues Foundation Room. The room was completely packed and everyone was dancing to my music and enjoying themselves and I looked out and had this moment where it was like, ‘Yes! This is it. I truly love performing and sharing my music with the world.’”

For information about upcoming Frankie B. shows and to hear her music, visit frankiebsings.com.