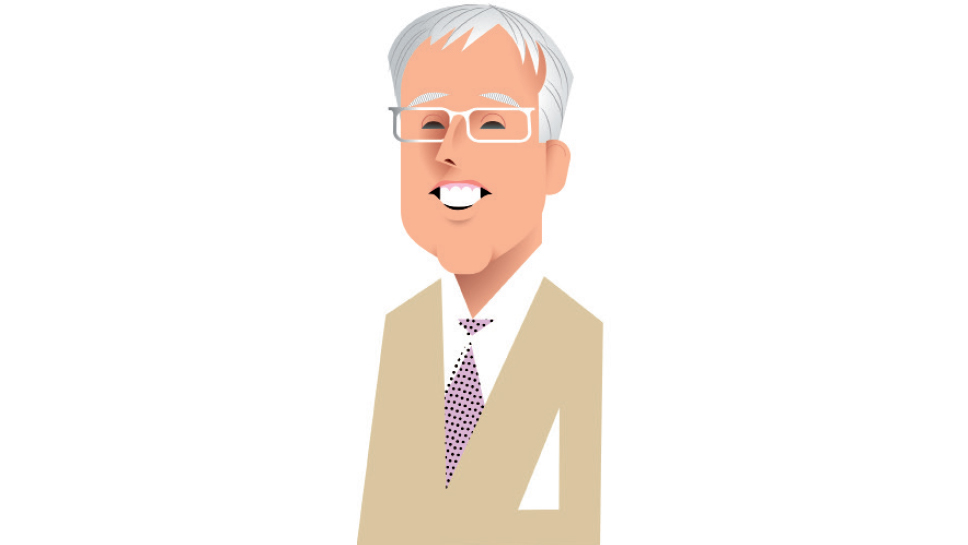 When young Thomas Sullivan started at the now closed St. George High School in Evanston, basketball was his sport.

“On the first day of school, Coach Don Amidei lined us all up and said that he coached both the boys’ cross country and basketball teams, and if he didn’t see each of us at the cross country tryouts, we wouldn’t have much of a basketball career,” remembers Sullivan. With no expectations, Sullivan showed up at cross country tryouts and lapped the competition. It turned out that he was fast—very fast.

“Right away, Coach Amidei saw something in me that I didn’t know was there,” Sullivan says. “He was an inspiring coach, very much ahead of his time—almost scientific in his methods. He took me to a national level. I was setting all these records, achieving goals I never thought I would. Every record I set was because of him.”

Sullivan set national high school records in the mile and half-mile in 1961. The mile record was 4:03.5 and was a World Junior record (under 19). For more than 40 years, Sullivan held the record for the fastest mile run by an Illinois high schooler with a time of 4:03.5. To recognize this achievement and the countless contributions Sullivan has made to the sport since that record-setting day in 1961 when he was a senior in high school, the Midwest Distance Classic at Benedictine University honored Sullivan with a Lifetime Achievement Award at their June 10 meet. The Midwest Distance Classic is a high-performance post-season meet for high school boys and girls distance runners throughout the Midwest and is held at the world-class track and field facility at Benedictine University in Lisle.

“I thought I was just an announcer for the event, or a guy who likes to run that would be handing out awards to the athletes,” Sullivan says with a laugh. “It was a total surprise to be honored in this way.”

With gratitude, Sullivan credits his success to Coach Amidei. “After I graduated from high school, Coach Amidei was offered an assistant coaching job at Loyola University in Chicago. Everyone thought I’d follow him there, but he encouraged me to lead my own life and that path took me to Villanova.”

Sullivan’s passion for running was only outpaced by his desire to be a doctor. “Villanova knew how much I wanted to pursue medicine and bent over backwards to help make that dream come true for me,” Sullivan says. “Running had to take a back seat. I just couldn’t devote the same kind of time to running as I had in high school.”

Although Sullivan talks modestly of his college running career with legendary coach Jumbo Elliott, he did set several world relay records and competed in the 1964 Olympic Trials in the 1500 meters (but did not make the team). He has been inducted into the Villanova Hall of Fame in 1989, the Chicagoland Sports Hall of Fame in 2003, and recently into the Penn Relays Wall of Fame in 2015. Because of Amidei’s stellar coaching record at St. George High School and in his years at Loyola, DePaul, and Northwestern University, Sullivan is often asked if he has any regrets about not sticking with the coach who taught him what it meant to be a great runner.

“I just don’t go there,” says Sullivan. “Sure there were times when I was struggling at Villanova and I would ask myself if I was in the right place. But I had to let that go. For 40 years, I’ve been a doctor at Hinsdale Hospital practicing child neurology and neurophysiology helping people in a way I only could had I made the choices that took me to Villanova. My lovely wife Susan and I have beautiful, successful daughters. We love being grandparents. I’m very blessed. I have a wonderful life.”

Sullivan’s relationship with Amidei evolved from a coach and mentor to a treasured friendship. “We had mutual affection for one another and always stayed connected no matter where our lives took us,” Sullivan says of Amidei who died in 2008. “I helped take care of him towards the end of his life.”

To this day, there is no finish line for Sullivan in sight. But it’s the coaching he’s doing for his 10-year-old running grandson William that puts the most spring in his step.

“I always teach William that running is hard. It can be frustrating. When you feel like walking—don’t,” he says. “Just keep running. Just go for it! Just focus on the finish line and you will always be a winner and maybe set a record.”