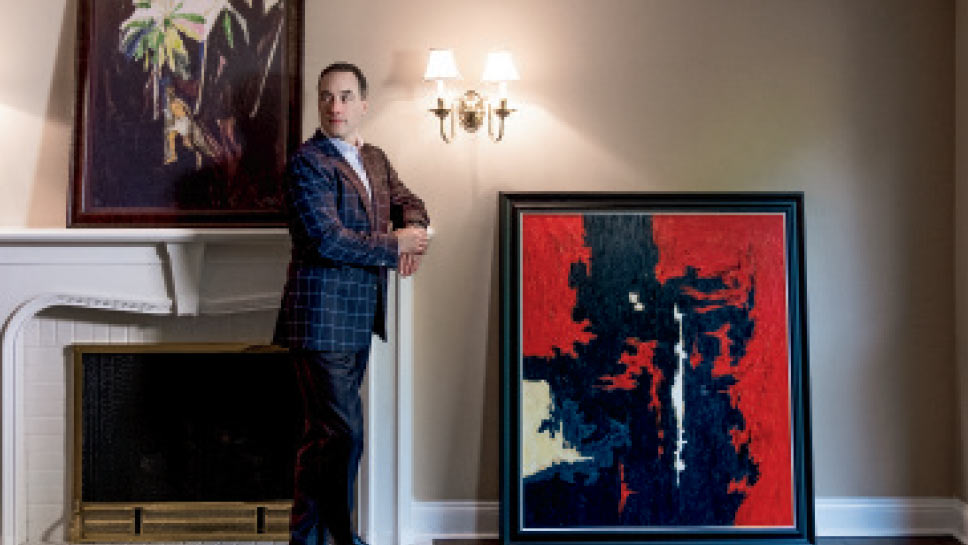 We sit down with executive Chris Nield to talk about his support of The Art Institute of Chicago and the Museum of Contemporary Art
and why he chose Hinsdale as the place to raise his family. PHOTOGRAPHY BY FRANK ISHMAN

Hinsdale executive Chris Nield is the first to confess that he was not an artsy kid. Growing up in Seattle, visiting the art museum was something he only did on a school field trip.

It wasn’t until later on, as he was climbing the ladder to his current position as a private banker, that an invitation changed his perspective on the value that great works of art bring to daily life.

“I studied law and justice as an undergraduate and earned my MBA at Loyola, so art and creativity were not the first things that came to mind for those who know me,” laughs Nield, who moved to Hinsdale with wife, Lynn, in 2012. “Then a former client of mine took me to an art show in New York, which was my first exposure to art, and I didn’t appreciate it at all in the beginning. But then I met some people who helped get me into the art world and had a huge influence in my involvement.” 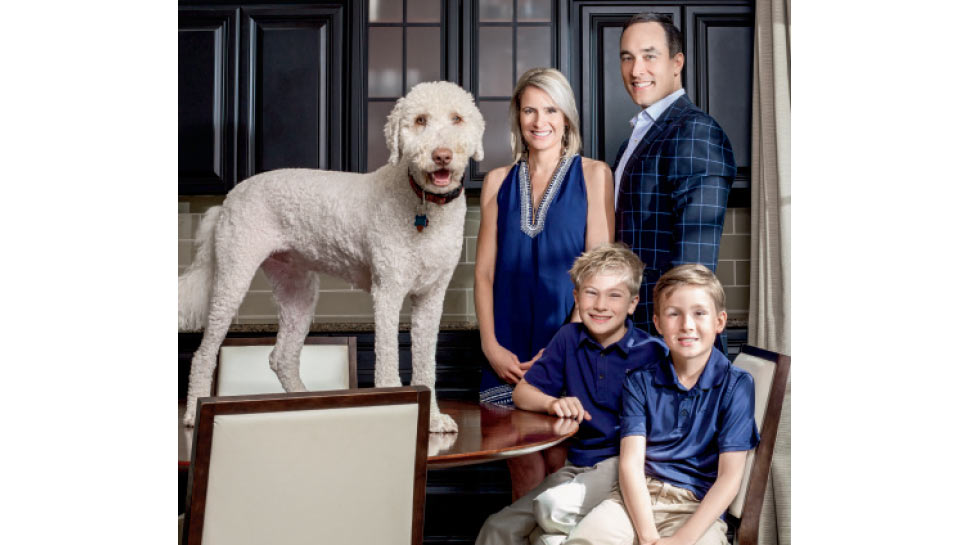 He began attending art shows and auctions in New York and Chicago, which eventually spring boarded to his joining the Auxiliary Board of the Art Institute of Chicago in 2014.

Meanwhile, he began thinking about adding art to the modern contemporary home in Hinsdale he shared with Lynn and their two young sons. Through acquisitions and further exposure, his connections in the art world expanded.

He met Gary Metzner, a specialist in paintings, prints, and sculptures from Old Masters to Contemporary and Sara Albrecht, who sits on Board of Trustees for the Museum of Contemporary Art (MCA) in Chicago. He became friends with Tom Karr, co-owner of Acquisitions of Fine Art in Hinsdale. These people became mentors and friends that continued to influence Nield’s appreciation for art.

In 2016, Albrecht invited Nield to join the Emerge Committee at MCA. Emerge is an MCA Circle Donor affinity group of art enthusiasts, collectors, and art patrons interested in furthering the mission of the MCA, most notably through its annual art acquisition. Every year, the committee selects and collectively funds the purchase of a work by an artist not currently represented in the MCA’s collection. Nield participated in the most recent 2017 selection process, which began in September last year and culminated recently with the selection of Mexican artist Pedro Reyes. 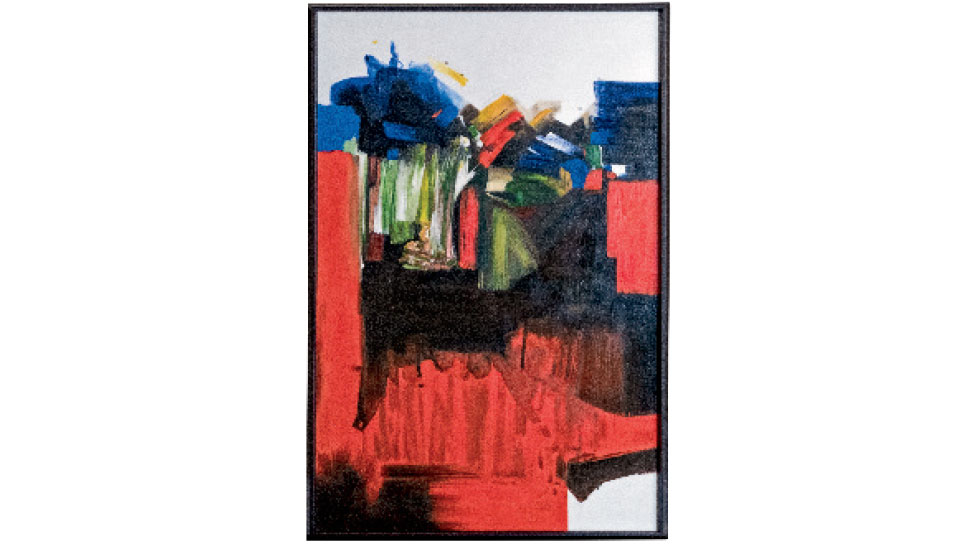 This piece is part of Chris Nield’s private collection

Nield has grown to appreciate the work of post-war contemporary artists such as Jackson Pollack, Mark Rothko, and Hans Hofmann. He is also a fan of Peter Doig, who has commanded the highest dollar amount for a painting by a living artist.

Back in Hinsdale, the family supports and encourages his passion for The Art Institute and the MCA.

Lynn, who works from home as National Director of Sales for the company Photogenic, which offers photographs to tourists of venues such as Navy Pier and The Willis Tower, enjoys the addition of art to their busy life. Something about those paintings on the wall elevates the ordinary and connects Chris’s two worlds.

“Hinsdale is a traditional suburb with great schools and great family values. It checked all of those boxes for us,” says Nield of the couple’s decision to raise their family here. “Everyone was so welcoming when we arrived. We met great people in the neighborhood through parties and barbecues and our involvement with St. Isaacs Jogues Catholic Church.”

The youngest Nields, 10-year-old Alex and 8-year-old Andrew, both attend the Blue Ribbon Award-winning Monroe School. They are both involved in baseball, basketball, and soccer, but growing up under Chris’s influence means they have also expressed interest in taking arts classes at Monroe.

Bronco, their golden doodle puppy, has recently earned his spot as the fifth family member.

“We are very happy here and I am so happy to have had my eyes opened to the value of art in our lives,” says Nield.

When they are not downtown at an event for the MCA, such as the recent 50th anniversary gala, Lynn volunteers time at the boys’ school as much as possible, serving as co-chair for the annual Newcomer’s Event last year, titled “Bandanas and Blue Jeans.”

The Nield family also belongs to Butterfield Country Club, where they play golf on Sunday afternoons, and Salt Creek Club, where the boys love to swim. Chris and Lynn frequent Nabuki, one of their favorite restaurants, and the boys both love Dips and Dogs. A couple of years ago, they started taking an annual road trip somewhere in the United States—first to South Dakota and then Washington, D.C.

The result is something of a still life of a modern family. What would this portrait look like had it not been for that invitation to an art show?

“It would definitely be different,” says Nield. “I am grateful for the opportunities I’ve been given to open my mind to fine art—from Acquisitions of Fine Art here in Hinsdale to the MCA. It’s a journey I hope to continue.”