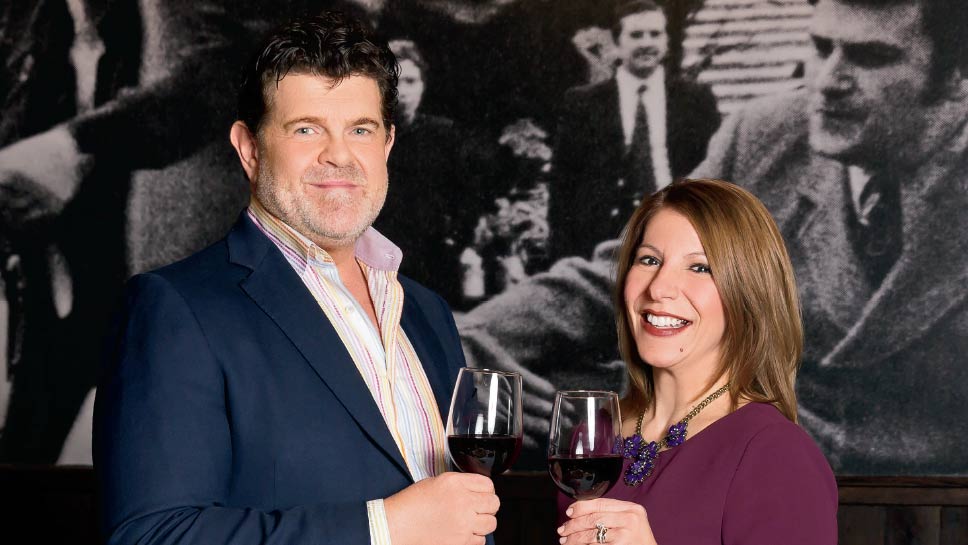 Rich Labriola, owner of Labriola’s Cafe and La Barra Ristorantes, brings Stan’s Donuts from Los Angeles to the Midwest. He recently teamed up with Oak Brook resident Anna Kamilis as sales director, who says she is inspired by Rich’s passion and artistry. PHOTOGRAPHY BY ROBIN SUBAR

Nestled inside the new food court at the Oak Brook Mall is a stand-alone donut shop flanked by dozens of devotees any time of day. The sought-after delicacy is the famous Stan’s Donuts—a 50-year-old donut shop from California that is now making headlines in the Midwest, thanks to local baker and restaurateur Rich Labriola.

“Because I’m a baker, I was interested in donuts,” says Labriola. “I saw Stan on a television show, so I went to Los Angeles to meet him and see how we can get his donuts here.”

Rich Labriola, a modern example of a self-made man, began following his passion for baking as a young boy. Raised in Blue Island, the youngest of four children used to hide in his father’s car after school simply so he could accompany his father to his pizza parlor. It was at his father’s pizza restaurant that Rich learned the trade of making and selling pizzas.

But it wasn’t until he randomly tried a piece of Cosa Nostra bread at 27 years old that Labriola’s life was changed forever. “My uncle brought me some bread from that bakery, and I liked it. I became a distributor for them until I opened my own bakery,” says Labriola. 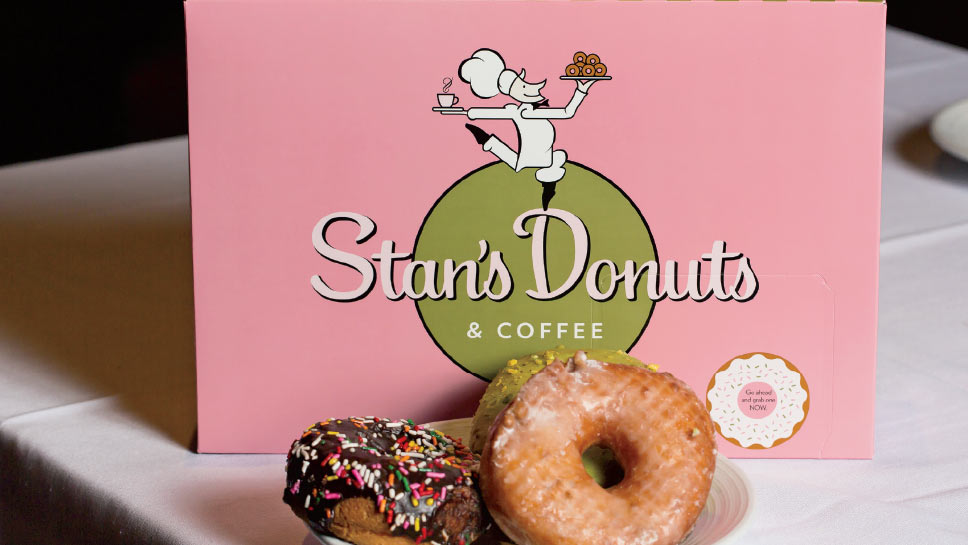 He sold similar types of bread out of his car to customers and restaurants before opening a small bakery shop in Alsip in 1993. Even though he didn’t know how to bake, he taught himself the trade as time went on.

“I learned how to bake from reading a lot of books and taking classes, but it was mostly trial and error,” Labriola explains. “Once I learned how to do it really well, I became passionate about it.”

From there, his business exploded. With clients such as Keefer’s, Tru, Gibsons and Sunda, Rich established a reputation as a true artisan baker who delivers the highest quality, not to mention delicious bread. In 2008, he opened Labriola Bakery Cafe and Neapolitan Pizzeria in Oak Brook. He eventually expanded to La Barra Ristorante and Stan’s Donuts.

His restaurants are full of people looking for quality food in a fun atmosphere. Inside the relaxed and homey environments, customers can choose a quick coffee and donut or enjoy a more relaxed, full-service dining experience.

Even though the Oak Brook La Barra and Labriola Cafes are located close to each other, the restaurants are different.

“In the beginning we were called ‘Pizza Barra,’ but we changed it because we are not just pizza,” says Labriola. “Labriola Cafe is not really Italian, it just has an Italian name. The menu there is not heavy on Italian food though.”

In fact, according to Labriola, the most popular entrees at the cafe are their filet sliders and the Richie Burger. 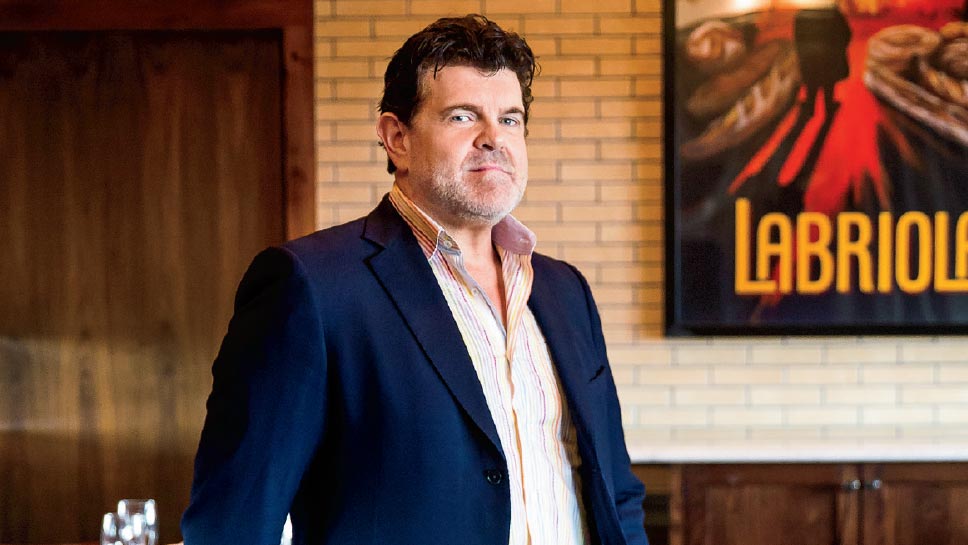 La Barra boasts a large indoor bar area and outdoor patio, so it’s not unusual for people to eat at the Cafe and savor after-dinner patio drinks at La Barra. Patrons also enjoy full-service meals at La Barra then head to the Cafe for coffee and desserts.

“We are hosting a Mother’s Day brunch at La Barra and we are excited about that,” says Labriola.

His kitchens are considered “scratch kitchens” where everything is made on-site. His meals are sourced from locally-grown ingredients, like fresh tomatoes from a family of growers in Rochelle, Illinois, and he supports local farmers. They do not use preservatives in any of their foods mainly because Labriola is meticulous about his ingredients.

“People aren’t aware that we are more than just pizza,” says Labriola. “We have everything you’re looking for in a modern Italian restaurant.”

“Rich is very detail oriented, but he’s very humble about it,” says Kamilis, director of sales. “He’s extremely hands-on. Every day he checks everything.”

Kamilis worked in restaurants for fun while she was at school and developed an enthusiasm for the industry as well. But it’s because of Labriola’s passion that she decided to join him.

“I really believe in his product,” says Kamilis. “I was a customer of his restaurants for seven years, and I always gave him unsolicited advice. We both realized it was a good fit.”

Whatever the reason, be it using the freshest ingredients in his food or the family-like atmosphere at all his restaurants, Labriola has a loyal following.

“Rich is a baker, and he’s very precise,” says Kamilis. “His products are works of art and that’s why I don’t simply call him a baker, because he’s an artist as well.”

Anyone who has ever tried one of his artisan breads, salads, burgers, entrees, pizzas, or a Maple Carmel Bacon Pecan Donut would agree.

When asked what his favorite donut is, Labriola doesn’t hesitate. “The regular glazed,” he simply says. “It’s the best.”