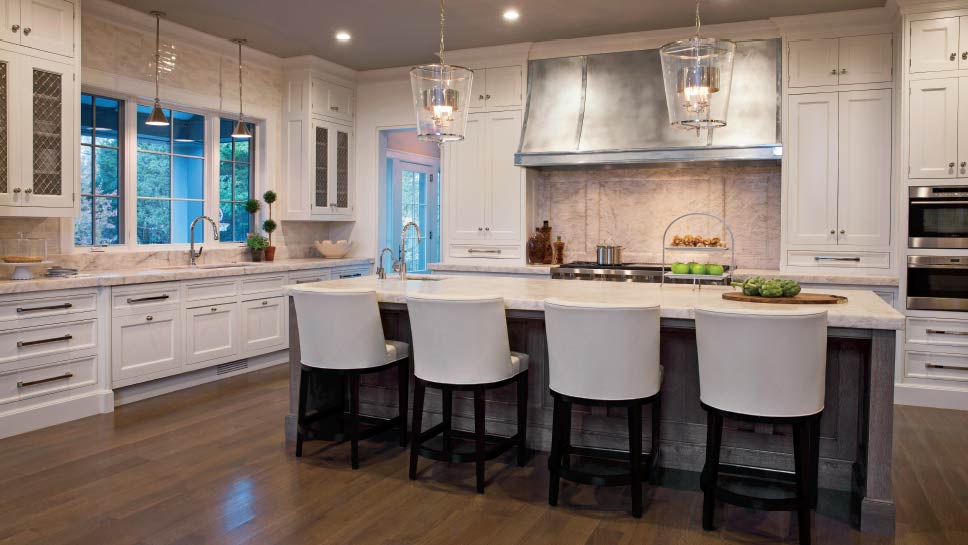 On Mother’s Day weekend, the Hinsdale Historical Society presents its “Hinsdale Cooks!” kitchen walk of six properties in the area. We preview of one of those homes, a young couple’s vision for a house that would grow with their family. PHOTOGRAPHY BY SCOTT SHIGLEY

Kitchens have changed over the last century, in form and function. So when Angela Breton and her husband began thinking about what their dream kitchen in their new construction Hinsdale home would look like, they wanted a cooking space that reflected their modern lifestyle.

“I like really clean lines,” says Breton, explaining how she and husband Wes Breton moved their young family from Chicago’s North Center neighborhood to start life in Hinsdale. “We chose Laura O’Brien to be our kitchen designer because we loved other work we’d seen of hers in the area. She creates functional kitchens that feel rich and sturdy without the fuss. I knew what I wanted and knew she could deliver.”

The result is nothing short of spectacular.

Breton got the big, 11-foot island she wanted in quartz, a beverage area with built-in coffee station and extra wine fridges, and pull-out drawers to make things easier for the couple’s three children.

“We are not formal people but we entertain a lot,” she explains. “I wanted a big island that people could sit around. We’re typically eating at the island as a family. And while things like a formal butler’s pantry were attractive to us, from the perspective of practicality, other features made more sense.” 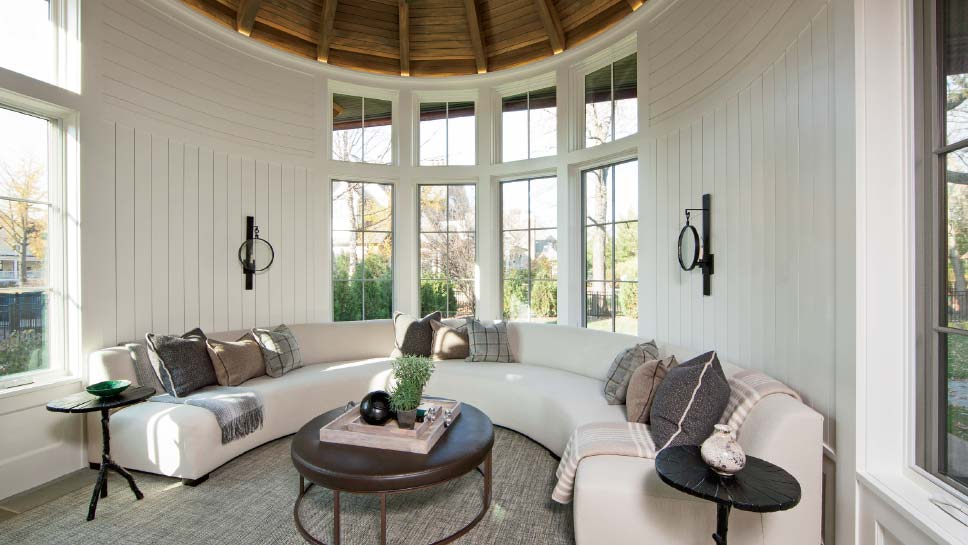 In addition to all the modern conveniences, O’Brien was able to add some special design touches that give the space character and dimension—including a backsplash of quartz that looked like a picture frame.

“She carried that same quartz throughout the kitchen. We added warming drawers, a steam oven, full fridge, full freezer, and two dishwashers. We go through a lot of dishes so a lot of stuff was set up for parties and entertaining,” Breton explains. “Overall, we wanted a casual, approachable feel to the house. We have a lot of respect for architecture and design, but we knew we wanted an open floor plan with lots of sight lines. We wanted detail but we didn’t want a stuffy formal feel.”

O’Brien, a long-time member of the Hinsdale Historical Society who has had her work featured on the kitchen tour several times over the last 20 years, says when she was asked to help choose homes for this year’s walk, the Breton project immediately came to mind.

“The kitchen space itself is wonderful and was easy to design within,” O’Brien says. “They really pulled together a dream team of talent to design their home in Hinsdale. Every exterior and interior detail of this project was thought through and executed wonderfully. It’s so fun to work with a young family such as theirs to create a home that you know is not only beautiful but will get used to its fullest.” 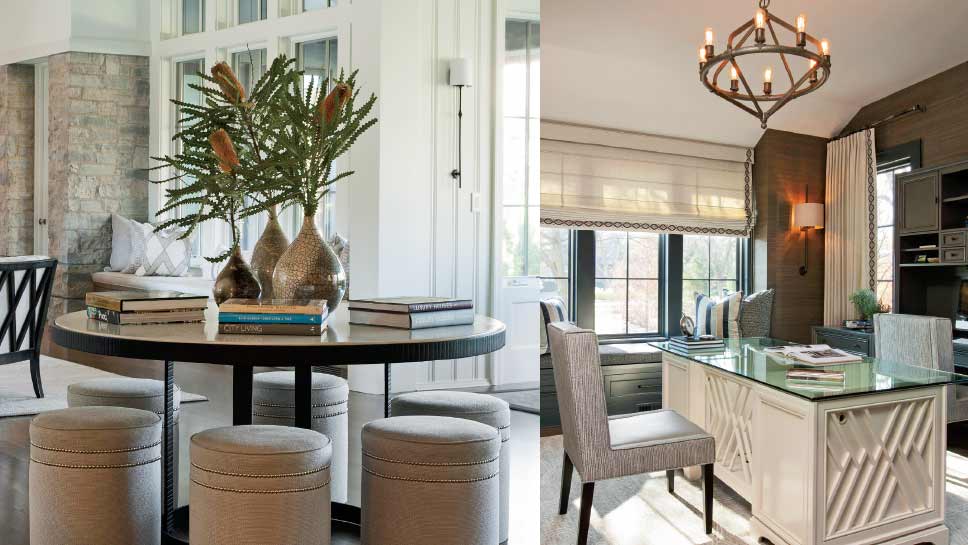 Breton says the “dream team” that O’Brien refers to was assembled after months of research and walking through Hinsdale homes to find the best in the business. In addition to O’Brien, the couple also tapped architect Michael Abraham, designer Michael Abrams, and builder Dave Knecht to fulfill their vision for a home that would grow with their family.

“We completed the house in July 2016, but we started the process long before, in late 2013. We bought the lot, tore down the old house, and built from scratch,” Breton explains. “It took us almost three years, but it was so worth it. We were city dwellers who were contemplating where to raise our three children. We chose Hinsdale because of the charm of the town and the proximity to the city from work. We wanted the houses in our neighborhood to be unique and one of a kind. Hinsdale was just such a clean, beautiful town so we came out here and I could not be more pleased.”

Abrams, who worked with the couple on several other projects in the city, says it was a dream to help them build their home in Hinsdale.

“It was such a great collaboration,” he says. “This is the third home I have designed for them and that level of trust just makes for a great project. A positive and respectful working relationship ensures the ultimate outcome.”

The home is everything the couple desired, with fresh clean lines and details that set it apart.

As O’Brien explains, it was fun to work with a couple that had such great taste and style.

“There is a synergy here that is pretty special,” she adds. “You can feel it when you walk in the front door.”

Those who are participating in this year’s “Hinsdale Cooks!” kitchen walk will get to do just that on Friday, May 12.

Event organizers say walking through this and the other five homes is a great way to get ideas for spring decorating and future interior design projects. Local florists, designers, and consultants will be on hand as tour-goers nibble and sip their way through some of Hinsdale’s most beautiful homes.

Tickets can be purchased in advance at several shops in town (Yankee Peddler, Trousseaux, Jane’s Blue Iris, Ashley’s Custom Stationery, all in Hinsdale; The Uptown Shop in Western Springs; or The English Garden Flower Shop in Clarendon Hills) for $40 or the day of the event at any of the six homes on tour for $50. Food and cocktails at each house return this year with some local favorites (think Vistro, Nabuki, Truffleberry, and Standard Market) and some new chefs, as well as local vendors (including India Hicks, House of Wix, and Stockholm Objects) who will be on hand to sell Mother’s Day gifts.

Proceeds from the event benefit the Hinsdale Historical Society. For more details, go to kitchen-walk.com.