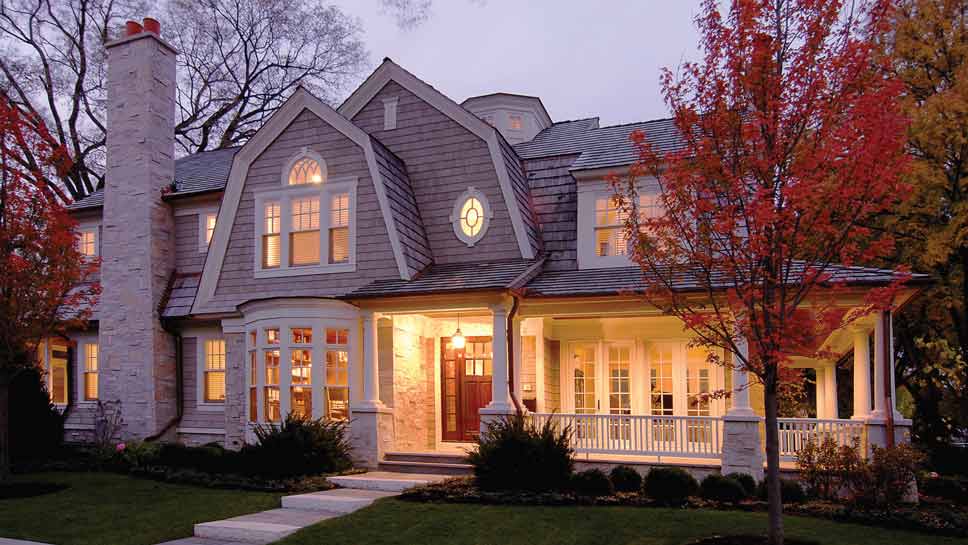 The list of homes in Hinsdale designed by Charles Vincent George Architects continues to grow, and the town is better because of it.

In 1962, Charles Vincent George, or “Chuck,” started a small architecture firm just outside of Chicago. His goals were straightforward: Produce creative and quality-focused designs, provide a high degree of customer service, and be visible and involved in the communities in which you live and work.

Almost 30 years after Chuck started his company, Charles Vincent George Architects, his son Bruce George took over as president and CEO—a position he still holds today. Bruce has held firm to the ideals with which his father founded the company, and he’s helped the firm grow in reputation and size during his tenure, becoming one of the most well-known area architecture companies for both its commercial and residential successes.

“Early on, the bulk of the work was general purpose architecture work,” Bruce says.

Clients were smaller, and so was the staff. But now, CVG Architects employs a team of talented designers and associates who have helped design innovative and award-winning large-scale commercial structures (White Eagle Country Club and the Naperville Sesquicentennial Riverwalk, for example), as well as an exceedingly long list of custom homes.

CVG Design’s Residential Department reached a landmark in 2006 by completing more than 100 projects in a single residential community—Hinsdale.

The firm’s work can be seen all over Hinsdale. Houses on Grant Street and Lincoln Street, for example, have earned CVG Architects awards for excellence in housing design from the Home Builders Association of Greater Chicago.

“People have been putting a lot more focus into the design of their home instead of just the size of it,” Bruce says. Many of the homeowners he works with want more visual interest in their homes, with beautiful trim work and details that differentiate one home from the next.

“Over the last 10 to 15 years, access to magazines, social media, and sites like Houzz and Pinterest have put a lot more contemporary architectural work into people’s hands,” Bruce adds. “Our aesthetic is to design with cleaner lines and simple but elegant detailing. We like to take traditional forms and clean them up to incorporate a contemporary viewpoint.”

That said, every client is different—and every residential project is custom from start to finish. “Rather than dictating an aesthetic, our firm tries to feed off the owner for inspiration,” Bruce says. “I’m always amazed at the passion our clients have for their homes. Overall as an architect, you really have to be able to identify with the passions of the client to be able to be successful.”

Five years ago, CVG celebrated its 50th anniversary and moved into a new office space in Naperville—with an office design that later earned excellence in architecture recognition from the American Institute of Architects for its innovative design and materials. How apropos.

Learn more about CVG Architects by calling 630-357-2023, and check out some of the firm’s work online at cvgarchitects.com.