When we see images of children injured in the war in Syria or displaced with their families to refugee camps in neighboring countries, it’s too easy to feel a moment of sympathy and go on to the next news story. 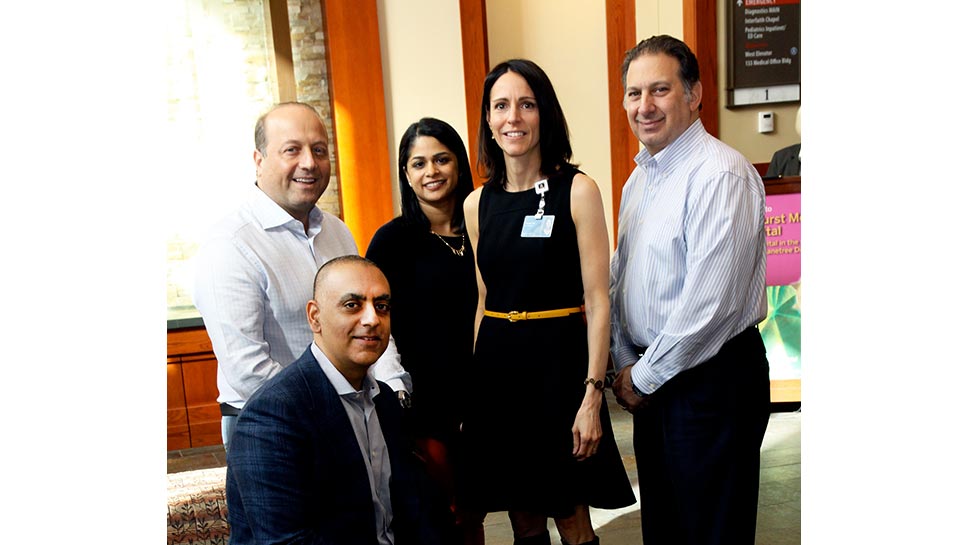 It’s quite a different matter when you’ve met these families, says Khalid Badwan, MD, a urologist with Elmhurst Clinic, who will go on his second medical mission to Lebanon in April.

“This (dislocation of millions) is the largest humanitarian disaster since World War II,” says Dr. Badwan. “Going there helps you put a face on the problem. (These refugees) affect you because they remind you of yourself. They had normal lives. Many were even well-to-do. Now they have nothing.”

The April mission is sponsored by the Syrian American Medical Society (SAMS), which pays for rental use of special medical equipment (such as a laser machine) and space for treating patients. The mission’s volunteer doctors and nurses cover their own transportation and lodging.

Most of the 18 participants in the April mission are healthcare professionals affiliated with Elmhurst Hospital. Specialties represented include cardiology, nephrology, vascular and urological surgery, hematology, emergency medicine, general practice, critical care and anesthesiology.

Elmhurst Hospital has contributed $5,000 toward medication, surgery and catheterization lab expenses, a sum that’s being matched by its medical staff.

“We’re glad to help defray the mission’s medical care expenses,” says Pamela Dunley, President & CEO, Elmhurst Hospital. “And we’re offering paid time off for the Elmhurst nurses who are part of the group. We want to support the volunteer causes of our physicians and other staff. The (mission participants) are excited about doing this. They even started a crowdfunding website to raise more money for medical supplies.”

“SAMS mission teams used to travel to Syria to treat war injuries,” says Dr. Badwan. “That’s become too dangerous. Now, they typically travel to Jordan, Turkey or Lebanon to treat refugees with more routine problems such as diabetes or hypertension. Lebanon has the greatest need. It’s a very small country that’s been flooded with about 1.5 million refugees.”

Dr. Badwan expects to treat people with common urological problems such as kidney stones and enlarged prostates, but on his previous mission he also removed shrapnel from a Syrian man’s bladder.

Another member of the April mission team is kidney specialist Madhavi Ryali, MD, of Nephrology Associates of Northern Illinois.

“I’ll be providing general medical services, and because I’m a woman I may be asked to provide care specific to women’s health,” says Dr. Ryali, who is coordinating the April visit.

As a mother of two children under 5, Dr. Ryali says she was especially drawn to this mission because of the number of children affected.

“This mission is special to me because it will display a solidarity of sorts with my medical colleagues who have bravely been caring for patients in besieged areas,” she says. “Usually medical teams are exempt from attack, but in these situations, they’ve been targeted.

“It is such a desperate situation internationally. The mission can only scratch the surface, but we also can try to raise awareness of the refugees’ plight.”

These are the doctors and nurses taking part in the medical mission to Lebanon: