A few years ago, actor D.B. Sweeney and his family chose to relocate from Los Angeles to Hinsdale.

“Los Angeles is different,” Sweeney says. “A lot of people go there, not a lot of people are from there. It’s a gold rush town, at least the Hollywood side of it, so it has more in common with Las Vegas than it does with Hinsdale. We love it here.” 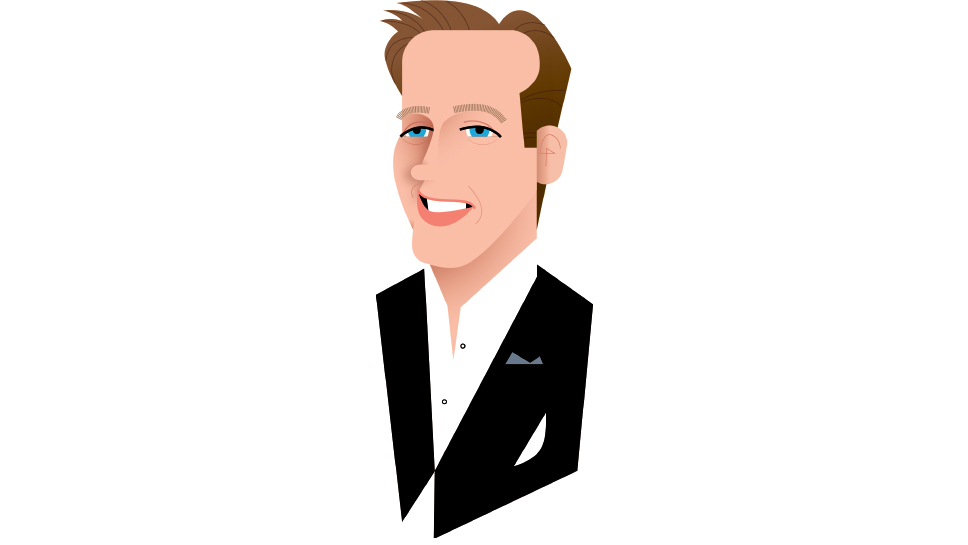 Hinsdale resident D.B. Sweeney brings family films back to the big screen with The Resurrection of Gavin Stone. ILLUSTRATION BY KIRSTEN ULVE

Since arriving here, the actor known for leading man roles in projects like The Cutting Edge, Lonesome Dove, and Eight Men Out has embraced local life, even helping Santa kick off the Hinsdale Christmas Walk at the annual tree lightning ceremony.

That kind of helpful community spirit is on full display in Sweeney’s latest role as Pastor Allen Richardson in the film The Resurrection of Gavin Stone. The movie chronicles out of control Hollywood bad boy Gavin Stone, played by Brett Dalton of Agents of S.H.I.E.L.D., who’s forced to perform 200 hours of community service at his hometown church after a particularly destructive night out at a local hotel. Instead of pushing a mop for those 200 hours, he decides to use his acting chops to win the role of Jesus Christ in the annual passion play and ride out his service time in relative ease. Sweeney plays the pastor of the church who, along with the help of his daughter, shows Stone that there are more constructive and fulfilling ways to live.

The film enjoyed a surprisingly large theatrical release at the end of January, appearing on more than 1,000 screens in an age where most films outside of the superhero or space battle genres go straight to Blu-ray and streaming services. That could be because several powerhouse production companies—Walden Media (The Chronicles of Narnia franchise), Blumhouse Productions (The Paranormal Activity franchise), and WWE Studios (which develops feature films for WWE wrestlers)—banded together to produce a type of family friendly feature that’s not often seen anymore.

“I wasn’t looking to do a quote-unquote Christian movie, but I always look for movies that can be seen by all audiences,” Sweeney says. “Hollywood used to make movies that had something for everybody. One of my favorite movies, It’s a Wonderful Life, if that movie was made today, that would be considered a Christian movie. It’s got no violence in it and no sex in it, and it’s got a spiritual message. So if that’s a Christian movie, I want more.”

Sweeney has a track record of working in family friendly entertainment, lending his voice to animated projects like Nickelodeon’s The Legend of Korra or animated Disney features like Dinosaur and Brother Bear.

Sweeney’s next two roles are in films that are very different from The Resurrection of Gavin Stone. In D.O.A. Blood River he plays a backwoods Louisiana detective in a noir-inspired thriller. In Haymaker, he plays the older brother and advisor of a Mixed Martial Arts fighter played by Nick Sasso who becomes a bodyguard for a popular transgender nightclub singer played by Nomi Ruiz.

“I just look for good stories,” Sweeney says. “The key is, whatever you do, the audience has to feel like you’re believable. That’s always my highest benchmark. Within the world of the movie—is this character believable and interesting? That’s what I look for in all the scripts that I read.”