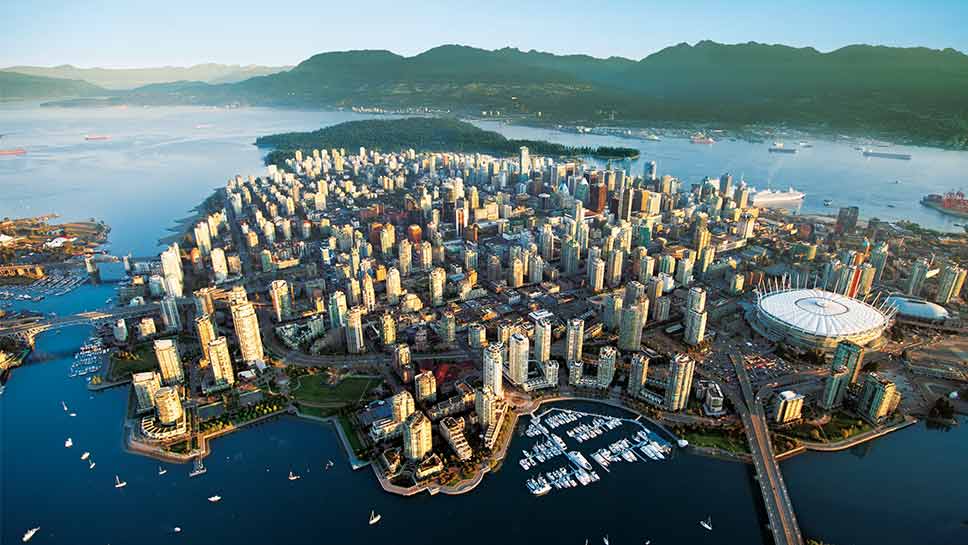 A frequent traveler shares thoughts of her first visit to Vancouver.

“I should Snapchat you using a record player for the first time,” my friend says, dissolving into giggles as I ever-so-gently place Taylor Swift’s 1989 album on the turntable. The brand new owner’s suites at the Fairmont Pacific Rim in downtown Vancouver come with a bona fide Rega RP1 and a collection of vinyl records tailored to each guest’s musical taste. Shimmying to “Shake It Off” with floor-to-ceiling views of Vancouver Harbour is this Millennial’s introduction to the city.

Vancouver may be the biggest city in British Columbia, but it has an easygoing nature that lends itself to spontaneous fun. It’s not languid like South America where everyone is painfully late, yet it doesn’t have the hurried “time is money” attitude that a city this prosperous and cosmopolitan often develops. Perhaps it’s the calm of the surrounding ocean and proximity to nature—Stanley Park is larger than Central Park in New York—that keeps everyone in high spirits. Whatever it might be, I am already plotting a return trip to explore more of the city’s unexpected treasures before my flight home takes off. 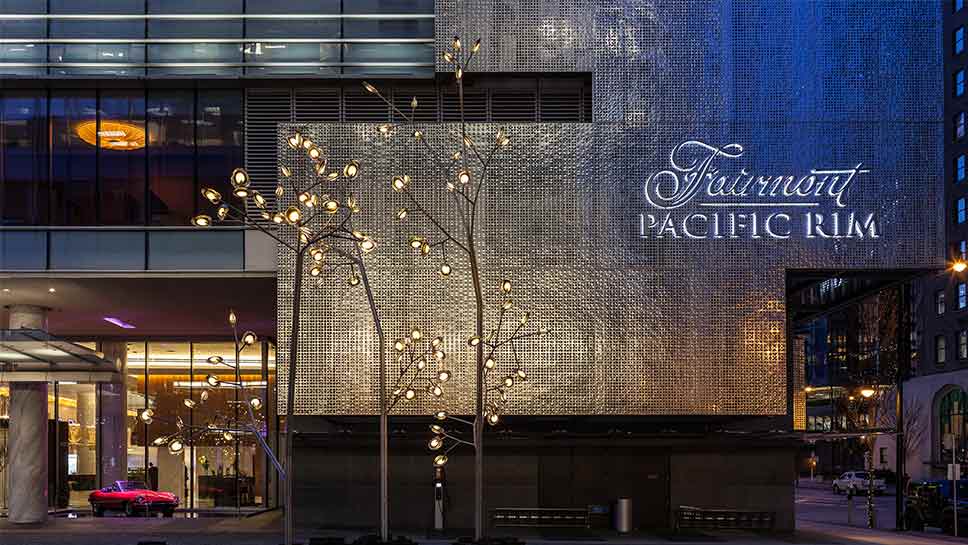 The city is full of delight, including at the city’s top five-star properties—Four Seasons Vancouver and Fairmont Pacific Rim—both conveniently located downtown. The latter’s Willow Stream Spa has an outdoor terrace with Jacuzzis and an infrared sauna. However, my ThermalStix massage in the intimate Four Seasons RedCedar massage suite is spectacular, too. ThermalStix is a Vancouver creation, a twist on a hot stone massage using heated wood batons.

A short walk from either hotel is Alberni Street or “Luxury Row,” where you’ll find international brands like Tiffany, Hermes, and Dior. For a more unique shopping experience, explore nearby Gastown’s cobblestone streets. Vancouver’s oldest neighborhood is now home to independent boutiques like Neighbour and Secret Location. There are sustainable fashions by designer Nicole Bridger, technical cashmere at Kit & Ace, and Montreal-made leather goods by M0851. After a shopping spree, mosey up to the bar at L’Abbatoir around the corner for an avocado gimlet and Pacific cod, pan-fried veal sweetbreads on toast, or Steak Diane.

After a healthy meal, it’s time for dessert and the city’s chocolate game is strong. At Chocolate Arts, you can choose your own sipping chocolate from a selection of single-origin varietals and indulge in fruit, nut, caramel and booze-infused bonbons. For a late-night chocolate fix, Thierry is your best bet. The patisserie is open until midnight every day with a full bar to pair with chocolate and French pastries.

WILDERNESS RETREAT
To really understand the majesty of British Columbia, exploring the city is not enough. Take a helicopter or float plane and in an hour you’ll land in the pristine wilderness of Sonora Island. Sonora Resort is only open May through October and depending on when you visit, you can snorkel with salmon, whale watch, raft the rapids, or go on a grizzly bear safari. 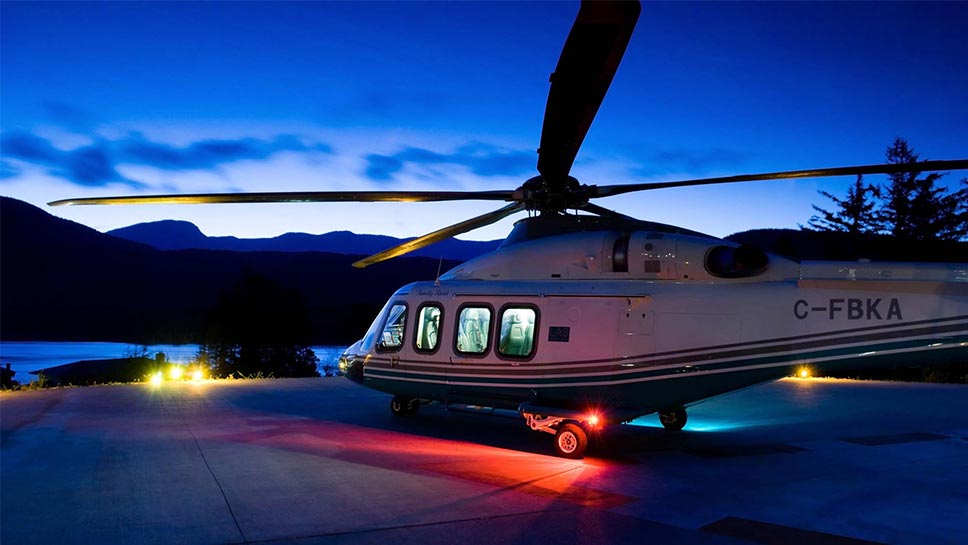 First timers should start with an eco-adventure tour. There’s no better way to get your bearings and since nature is unpredictable, you never know what you’ll see. At one point, I am surrounded by bald eagles like pigeons in Piazza San Marco, only far more graceful and singing a hauntingly beautiful chorus. 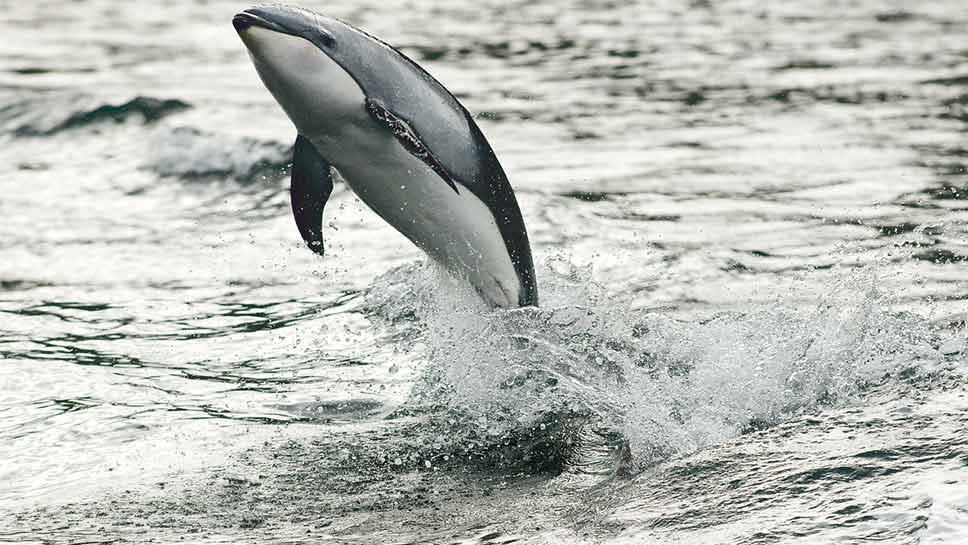 The air here is so pure, almost sweet, that you can’t help but inhale a little deeper. Cruising across the ocean at 40 knots on a Zodiac boat with the wind whipping across my face feels like nature’s free oxygen facial. Early risers will enjoy a spiritual session of longhouse hatha yoga or picking thimbleberries on a sunrise hike.

The only blemish on this untouched reserve is a Norwegian salmon farm threatening the delicate ecosystem with parasites and disease, and renewing my commitment to eat only wild-caught Pacific salmon. Sonora engenders this fierce sense of stewardship and unspoken loyalty to Mother Nature.