This was not your typical trim—unless drinking Don Julio 1942 during a haircut is normal.

At the new barber shop at One&Only Palmilla in Los Cabos, the chair itself—created in the 1920s and bolted to the middle of the floor—was the most comfortable I had ever sat in. That doesn’t mean it was shaped like a La-Z-Boy recliner; the combination of stiff back and perfectly placed footrest made it a lumbar king. Products from London graced the shelves for the hirsute, even one created especially for long beards. 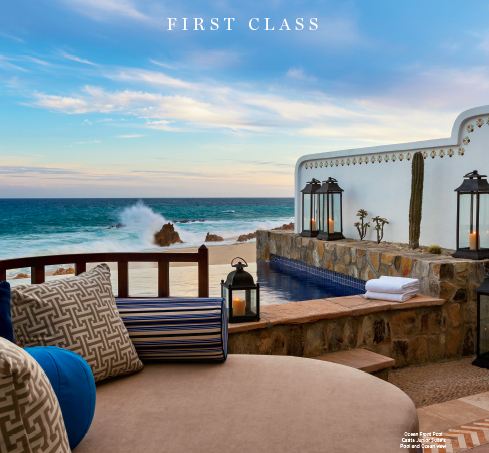 With the curtains closed and with a shot of Don Julio racing down my gullet (other choices include vodka, whiskey, bourbon, and mescal), I watched the U.S. Open on ESPN Vivo on a television screen within the mirror. The golfers strode down fairways, yet I could see myself in the reflection in the mirror as well. I don’t think it was the effects of the tequila, but at that point, I didn’t care to prove or disprove that theory. One more Don Julio with the scalp massage, if you please.

Fully recovered from the September 2014 hurricane that ravaged the Mexican resort, One&Only Palmilla is better than ever—and not just for men searching for the ultimate haircut. The veranda—part of the original 1950s house owned by Don Abelardo Rodriguez, son of the President of Mexico—now features floor-to-ceiling windows proffering views of the Sea of Cortez. A new steakhouse, Seared, has opened, along with a fire pit by one of the pools. 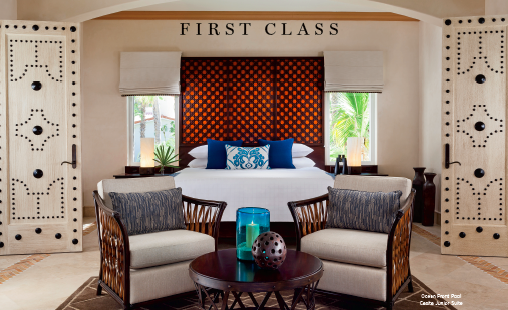 One other hefty new addition: Priscilla the turtle, who weighs more than 100 pounds. She was rescued by the resort during the hurricane; her owners were out of town and needed someone to take care of her.

“It was horrible,” she recalls. “It came with such strong winds that roof tiles were flying off like bullets. But from a bad experience comes a good experience.”

After four months of intense construction—where all 920 employees pitched in—One&Only reopened this past spring.

During a three-night stay with around-the-clock butlers, my wife Tricia and I took pleasure in the abundant choices of food, drinks, leisure activities, and more.

Fresh from a tequila-infused haircut and with Tricia sporting new beach waves courtesy of the OBO Salon (her stylist mentioned Jennifer Aniston recently sat in her chair), we walked to Agua by Larbi, one of four restaurants at the 25-acre resort. 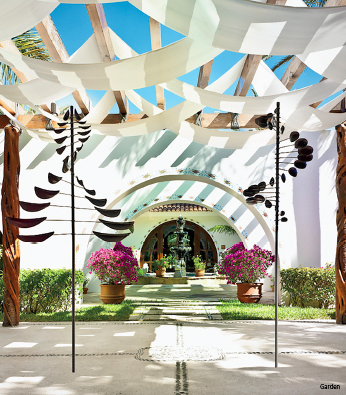 “This is the best table in Los Cabos,” says the maître d’ and he is right. A handful of half-moon benches and tables built for two perched over the Sea of Cortez present an unmatchable view.

As the sun sets, lights sparkle in houses and on cars around a large stretch of southern Baja, a hint of Monaco emanating from the scene. The lamb tanguine and seared sea bass are especially tasty.

The following night, a lengthy table for 12 rests on the sand, featuring flowers down the middle and a stone oven roasting meats at one end. The menu, organized by executive chef Larbi Dahrouch, includes Mexican nopalitos salad, jumbo shrimp, grilled chicken and pork rack, along with coconut corned pie for dessert.

Peter Bowling, the resort’s debonair managing director who grew up in England, is a maestro at ensuring all are entertained.

Margaritas and/or wine in all hands, he conducts a wave of toasts, asking guests to clink glasses with the person on their right while looking straight into their eyes.

One&Only Palmilla (which includes a Catholic chapel at its highest point) is spread out nicely so that a large wedding reception could be happening at one end, and most visitors would never know.

Palm trees sway and flowers bloom, buttressing the tranquil scene. Upon seeing a guest, employees place their hand on their heart. 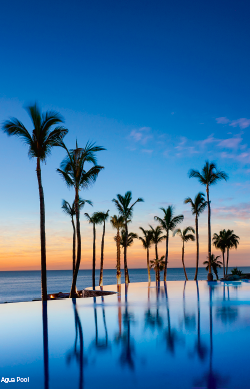 During a long walk on the sand, pelicans can be seen dive-bombing for their lunch into the salt water. Guests can rent the resort’s 95-foot yacht for the day, which features a full crew and four cabins. For the less-active types, the two pools—one containing a swimup bar—possess dozens of chaises longue to relax and devote one’s self to his or her favorite paperback. The rooms, comfortable and attractive, are also a fine place to hang out quietly.

In ours, a painting of fish scurrying about the ocean hangs above the couch, and a wide wooden desk in front of the king bed offers plenty of room to write a postcard, as anachronistic as that activity may be.

But the real excitement arrives upon stepping outside. The balcony, concocted of stone and tiles, overlooks the Sea of Cortez.

The sight, sound, and sometimes smell of the waves leaves only touch and taste unsatisfied among the senses, and the latter can be satiated with the complimentary tequila inside. A half bed lets couples snuggle into the pillows and uncurl their legs at one end.

Birds are not afraid to appear on the rail, walk a bit of a high-wire act, and fly away.

It’s not easy to leave One&Only Palmilla, with its emphasis on the unhurried life in an idyllic setting. I hope the Don Julio 1942 doesn’t run out before our next visit.