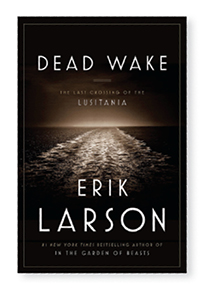 READ IT: From the New York Times best-selling author and master of narrative nonfiction Erik Larson comes Dead Wake, the enthralling story of the sinking of the Lusitania, published to coincide with the 100th anniversary of the disaster. On May 1, 1915, a luxury ocean liner as richly appointed as an English country house sailed out of New York, bound for Liverpool, carrying a record number of children and infants. The passengers were anxious. Germany had declared the seas around Britain to be a war zone, and for months, its U-boats had brought terror to the North Atlantic. But the Lusitania was one of the era’s great transatlantic “Greyhounds” and her captain, William Thomas Turner, placed tremendous faith in the gentlemanly strictures of warfare that for a century had kept civilian ships safe from attack. He knew, moreover, that his ship—the fastest then in service—could outrun any threat. Germany, however, was determined to change the rules of the game, and Walther Schwieger, the captain of Unterseeboot-20, was happy to oblige. Meanwhile, an ultra-secret British intelligence unit tracked Schwieger’s U-boat, but told no one. As U-20 and the Lusitania made their way toward Liverpool, an array of forces both grand and achingly small—hubris, a chance fog, a closely guarded secret, and more—all converged to produce one of the great disasters of history. It is a story that many of us think we know, but don’t, and Erik Larson tells it thrillingly in Dead Wake: The Last Crossing of the Lusitania, switching between hunter and hunted while painting a larger portrait of America at the height of the Progressive Era. Full of glamour, mystery, and real-life suspense, Dead Wake brings to life a cast of evocative characters, from famed Boston bookseller Charles Lauriat to pioneering female architect Theodate Pope Riddle to President Wilson, a man lost to grief, dreading the widening war but also captivated by the prospect of new love. Gripping and important, Dead Wake captures the sheer drama and emotional power of a disaster that helped place America on the road to war. 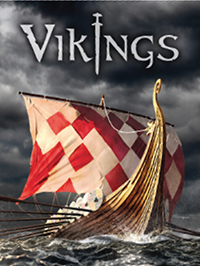 SEE IT: Take a trip to Chicago’s Field Museum to visit their newest exhibit, Vikings. Who were the Vikings? Seafaring invaders and plunderers? Or were they also innovative explorers, traders, and craftsmen? Go beyond the legend of brutal warriors and learn the truth about the Vikings. Through new archaeological discoveries and hundreds of rare Scandinavian artifacts, explore the power of mythology and the symbolism of Viking ships, gain fascinating insights into domestic life and death rituals, and understand the importance of travel and trade. Virtually excavate a boat grave, and try your hand at a game that entertained Viking families hundreds of years ago. Discover—even 1,000 years later—why Viking culture still captivates our imagination. The Field Museum is located at 1400 S. Lake Shore Drive in Chicago. Visit fieldmuseum.org for prices and to purchase tickets.

TRY IT: Never be late again! Or at least have better than a fighting chance of being on time with the Waze app—a new favorite in Hinsdale Living’s editorial office. Get the best route, every day, with real-time help from other drivers. Waze is the world’s largest community-based traffic and navigation app. Join other drivers in your area who share real-time traffic and road information, saving everyone time and gas money on their daily commute. Download free on the iTunes App Store.