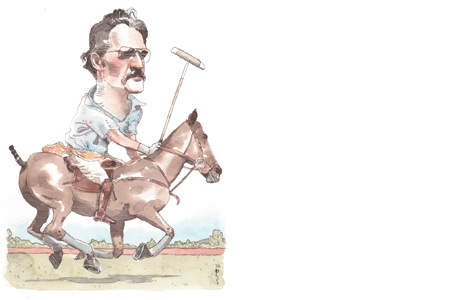 After a horse fell onto his right arm in the 1930s, Michael Butler—then 7—stopped playing polo for decades. His arm was locked in place, and he couldn’t turn his wrist, making swinging a mallet impossible. 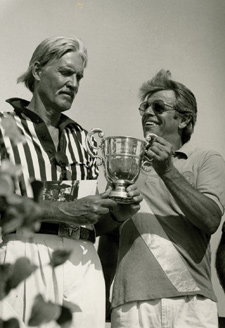 He still rode horses though, engaging in show jumping and fox hunting. One day during the Kennedy Administration, he and his father, Paul, walked into the family’s stables.

“He said, ‘Maharaj Prem Singh can’t play for our team. Can you do it?” recalls Michael, now 87 and living in the Los Angeles area. “I was amazed.”

Michael joined Cecil Smith—considered the best polo player ever, according to The New York Times—his father, and one other player on the field in Oak Brook, a moment he cites as the highlight of his polo-playing career.

“I was doing so much riding then anyway,” says Michael, explaining how he could get back into the game at a moment’s notice. “A lot of people don’t think the riding is important—but it’s the most important thing.”

The octogenarian’s polo pedigree is hard to match in the United States. His family founded Oak Brook, a village of about 8,000 people that has been called the town that polo built. The Oak Brook Polo Grounds, launched in 1922 by his father, hosted the sport’s U.S. Open for a quarter century. At one time, 50 stalls were reserved for Butler horses, and they owned 14 polo fields.

“Polo was basically a family sport,” says Butler, whose son Adam has enjoyed it as well.

Though he stopped playing in the 1990s—(“I went bankrupt. I would not have stopped otherwise.”)—the 6-foot-4, silver-haired Butler is still engaged with polo. He’s a regular at the Pacific Coast Open played at the Santa Barbara Polo Club, where he’s attended the elegant ball surrounding the proceedings. On July 26, he’ll attend the Coronation Cup, which was inaugurated in 1911 to honor the coronation of King George V of England and was resurrected by Michael and others in 1971 after a lengthy absence. This summer’s match will pit Argentina—where Butler says the best polo in the world is played these days—against England at the Guards Polo Club in Windsor. He notes it draws the largest crowd for the sport in the world, about 25,000 to 30,000 spectators.

Though polo is his biggest passion, Michael is well known as the producer of Hair, the Age of Aquarius musical that he moved from its off-Broadway origins to become a worldwide hit. He has produced the play 31 times. 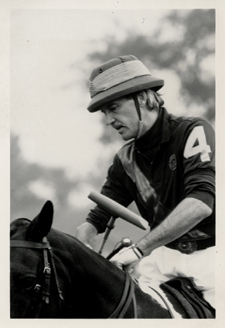 “Hair changed my life,” Michael says. “I had been part of the 1 percent. I became progressive. I have enormous respect for the hippie philosophy.”

During one production he co-produced with Tommy Smothers, both were asked to be in the show. During the opening of the second act, Michael took the stage.

“I was standing on a drum, and I was painted all in silver,” he recalls. “My knees were shaking so much you could hear the drum!”

Michael has lived a fascinating life. He’s sailed with Jack Kennedy, dated Audrey Hepburn, until
he got her into a play and lost her to the leading man (“I was not sophisticated enough in those days.”), and made Richard Nixon’s infamous enemies list twice, once for his involvement with the anti-war Hair and once for supporting former Illinois Governor Otto Kerner.

Thanks in part to Governor Kerner, Michael founded the Lincoln Academy of Illinois, which honors contributions made by living Illinoisans. The inaugural chancellor, he returned to Springfield in May to give a speech during its 50th anniversary. In his spare time, Michael is working on his memoirs via podcast—his first installment will be about how he met Jack Kennedy—and, ultimately, he says there will be a book.

On the polo field, Michael played with Prince Charles in 1986 in Oak Brook, the only time the future king of England competed in the United States with a completely British team.

“I offered him some ponies to play with and gave him one he liked,” Michael says. “He was a very good player and a great sportsman.”

Michael has witnessed the grim side of the sport as well. He’s seen three people killed on the polo fields, where he once broke a leg well after his arm was mangled.

“It’s the most dangerous sport I know of,” he acknowledges. “But it’s also exciting. It’s never been more popular. Its future is very bright.”