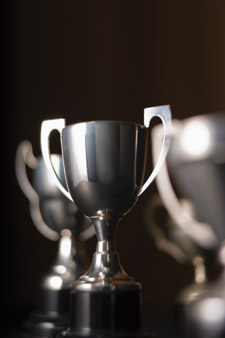 The HCHS Foundation Hall of Fame recognizes individuals with outstanding accomplishments or service in the arts, athletics, business, education, public service, or other endeavors. These outstanding individuals bring much pride to Hinsdale Central and are wonderful role models for its student body and entire community.

The 2013 inductees are an especially energetic group, including two beloved teachers, a pilot, an ice skater, and a local rock star.

Flew A-6 fighters in Korea and Vietnam and was a Squadron leader for the U.S. Navy’s famed Blue Angels acrobatic team. Currently serves as a consultant to Boeing. Field of Distinction: Aviation

Spearheaded the school’s award-winning Character Counts program and led the school’s participation in the J. Kyle Braid program. Retired in June, still a role model for the school community. Field of Distinction: Education

Led the Cryan’ Shames, one of the Midwest’s most popular bands. His energy, onstage antics, and musicianship have entertained countless audiences of all ages for close to 50 years. Currently a realtor and an avid golfer. Field of Distinction: Music

The Hall of Fame dinner will be held at 6 p.m. on October 4 at Hinsdale Golf Club. Tickets are available at hchsfoundation.org.