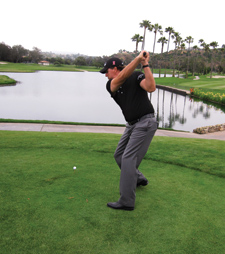 Whether you’re a scratch golfer or just an enthusiast of the sport, it’s hard not be swept up in the excitement of the BMW Championship (formerly known as the Western Open) that’s coming to Conway Farms Golf Club in Lake Forest this September.

The Top 70 players from the PGA Tour are expected to compete for the $8 million purse at stake—among them: hometown favorite and Conway Farms member Luke Donald, Sergio García, Phil Mickelson, Rory McIIroy, and Tiger Woods.

Hardly a stranger to tournament play, Conway Farms, a private golf-only club is the perfect backdrop for one of the oldest and most prestigious championships in the United States. All proceeds from the BMW Championship benefit the Evans Scholars Foundation, which annually sends more than 830 caddies to college on full tuition and housing scholarships. Since 1930, more than 9,600 caddies have graduated from college as Evans Scholars. The Evans Scholars program is the nation’s largest privately funded scholarship program providing full tuition and housing grants to its students. Vince Pellegrino, the Western Golf Association’s vice president of tournaments, expects that this year’s event will raise more than $2 million for the Evans Scholars Foundation.

“It’s been a different golf experience for our members this year,” explains Todd Marsh, general manager at Conway Farms, who says structural preparations for the September tournament began in July. Skyboxes will line the 18th hole; bleachers will be set up along holes 1, 8, 10, 13, 14, and 17 and at the practice range; concession stands and hospitality tents will be built; and a 6,500-square-foot merchandise pavilion will be constructed. Additionally, BMW wants to recognize their customers for their loyalty with an experience that will be offered in a tent upon entering the club. “The members have been very patient with all of this and have so much pride that the tournament is being held here,” Todd adds.

Todd and Conway Farms’ Membership Services Coordinator Robin Martin were on the front lines of bringing the BMW Championship to Lake Forest, a real coup when you consider that the tournament has been held at Cog Hill Golf & Country Club in Lemont, Illinois, four of the last six years. “The WGA doesn’t change courses easily,” says Robin. “It’s an honor to host it here.” The BMW Championship’s economic impact on the North Shore is expected to exceed $20 million. (Read more about the behind-the-scenes details of bringing the tournament to Conway Farms in our interview with Todd and Robin in F&B Lunch on page 70.]

The origins of Conway Farms Golf Club trace back to three Lake Forest families whose love for golf was only exceeded by their foresight of what could be—the Stuarts, the Harts, and the Smiths. Their vision for a first rank golf club began with the purchase in 1956 of a farm straddling a stretch of Old Conway Road, which ultimately inspired its name. Conway Farms first opened for play in August 1991. Boasting more than 300 members today, the Tom Fazio award-winning course sits on 209 acres and is designed around the practice of Scottish links golf.  Conway Farms’ commitment to the tradition of golf—walking is encouraged, no pre-arranged tee times, fast play, and support of amateur golfers—certainly tipped the scales in favor of hosting a tournament of this magnitude.

“Our members want the world to see Conway Farms,” adds Todd. “And we’re doing everything in our power to make sure the world sees it at its best.”

BMW Championship By the Numbers:

Attendance: More than 125,000 spectators are expected to visit Conway Farms throughout the BMW Championship week.

Format: 72-hold stroke play competition, with the players competing for an $8 million dollar purse, including $1.44 million for the winner.

Volunteers: More than 1,500 volunteers from around the country have signed up to be a part of the BMW Championship.

Tickets for the BMW Championship are available online at bmwchampionship.com or by phone at 847-724-4600. Daily tournament tickets start at $35 with weekly badges priced at $95.