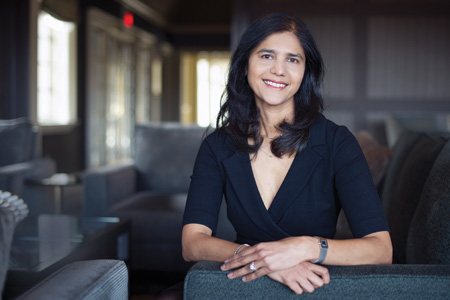 Women need friends to flourish in this world. The members of the Oak Brook Women’s Club embody this sage sentiment. Since 1964, the Club has been defined by friendship and philanthropy. With over 450 members and more than 20 activity groups that meet regularly to do everything from see the latest movie releases to play pinochle, in addition to several groups devoted to athletic pursuits and gourmet dining, there is something for every woman who is looking to connect with new friends and nurture the friendships she’s already established. Club President Lina Shah says, “Throughout the history of the Oak Brook Women’s Club, the women belonging to this group have devoted themselves to strengthening the bonds of friendship in Oak Brook and bettering the community that we call home. We are proud to be part of a group that has always kept social activities and philanthropy as core values, and has been dedicated to the true spirit of a community, rather than just a place to live.”

One of the most notable aspects of the Club is the programming presented from September through May. Sometimes, it is a private event, like the fall Friendship Tea, where members reconnect after the summer, sign up for activity groups, and present philanthropic donations. Then the real fun kicks in, with programs that often feature a notable personality. Throughout its history, the Club has been addressed by a truly outstanding array of speakers, among them, prima ballerina Maria Tallchief Paschen, late businesswoman and fragrance impresario Marilyn Miglin, auctioneer Leslie Hindman, financial expert Terry Savage, and the late movie critic Gene Siskel. Also speaking with members and guests, journalists Allison Rosati, Bob Greene, Bill Kurtis, Rob Stafford, Chuck Goudie, Joan Esposito, and Janet Davies shared insight into the characters they’ve met and the stories they have reported in their distinguished careers. Actors Lorna Luft, Jim Belushi, Gilles Marini, Joe Mantegna, Brian Dennehy, and Chazz Palminteri have amused and delighted with tales from their lively TV and movie sets.

In January, the Club enjoyed Red Carpet Glamour with Joan Rivers impersonator Ellie Weingardt. This month and next promise more good times. Lina says, “The monthly programs provide an opportunity for members to take some time from their hectic lives to spend time with friends and for new residents and members to meet new people, make new friends, and have fun at local venues with wonderful dining.”

February 26, the very charming and dynamic Ryan Chiaverini from ABC’s Windy City LIVE will join the group at Harry Caray’s in Lombard from 11 a.m. until 2:30 p.m. This event is open to members and non-members alike.

March 12, the Club is bringing Australian singer, actress, and all-around entertainer Helen Reddy to perform From Down Under: An Afternoon with Helen Reddy, I Am Woman, Hear Me Roar: The Power of the Female Voice at Ruth Lake Country Club in Hinsdale. This luncheon is also open to members and non-members.

Lina sums up her experience of strong friendships made through the Club, saying, “We are a social organization, and as such, we have so much fun with our friends in the Club, but I have seen that in not-so-good times, my friends in the OBWC are there, day or night, to offer support and their advice. This is what friendship is all about. This is what the Oak Brook Women’s Club is all about.”