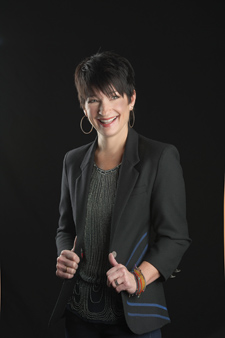 Gift giving is a talent like any other. Some people are born with it, some people work to develop it, and the people who achieve greatness are born with an innate sense for what will delight and they never stop working on it.

Longtime Hinsdale resident Lynette Lovelace just may be the Michael Jordan of gift giving. Lynette is one of the secret tastemakers behind many of the most influential gift guides in print and on television.

When magazines like O, The Oprah Magazine profile Lynette and her Lifetherapy products, the staff also likes to bend her ear on what she thinks will be the most treasured gifts a hostess or friend might receive this holiday season. When Good Morning America wants to offer their viewers a chance to purchase a gift set on the popular “Deals and Steals” segment, the producers know it will be something covetable, but with a good message behind it.

Lynette’s inspiration is the idea that positivity can change everything-—that by remaining determined to stay positive no matter what happens you can get through anything. She and her husband, Thomas, have put this philosophy to the ultimate test twice in their lives together. In 2001, their 2-year-old son, Logan, was diagnosed with a liver abscess that required major surgery to repair. During his time in the hospital, Logan’s temperature climbed to 107 degrees. Under advice from their pediatrician, Lynette and Thomas made a conscious choice to stay resilient. “The power of thought is so strong,” Lynette says, “and we were determined to be strong.”

Strength carried them through the challenge and Logan recovered. Then in 2008, the family received more bad health news when 12-year-old Kenna was diagnosed with a brain tumor. Once again Lynette relied on the power of positivity, striving every day to remain upbeat. Writing in a journal helped, as did wearing a soothing scent.

Upon Kenna’s successful recovery, Lynette was filled with gratitude and decided that her next venture would promote the healing powers of a positive attitude. With Lynette’s instincts for what shoppers want and her years of evaluating lines for her retail stores, product development was a natural fit.

The woman who had used a bit of scent to lift her mood while in the hospital with Kenna worked diligently to formulate a series of five fragrances to help “choose your mood” each day. “Every human has the ability to choose a mood,” she states.

Lynette chose the name Lifetherapy because, “Life is therapy and therapy is life.”

She developed five scents representing five moods. When you wake up on the wrong side of the bed, you can breathe in a chosen scent in the shower or take out a rollerball perfume vial after a harrowing meeting and inhale deeply while choosing to focus on the good in your life. “You have to live in appreciation,” says Lynette.

It’s such a simple, but powerful idea, that we can choose to stay upbeat even when we might normally give ourselves permission to wallow or lash out at someone.

Lynette will spend part of December on the main floor of the Henri Bendel flagship store in New York. Her Lifetherapy line is a hit, but people are drawn to her. Perhaps because her own family, now wonderfully happy, gorgeous, and thriving even more than ever, has been through serious challenges, other families navigating new waters seek out Lynette.

During an August 2011 stint at Bendel’s, two young women were browsing the Lifetherapy Positivity in Color Handmade Bracelets that Lynette and her team had recently developed. Color, like scent, has the ability to influence our mood, so the bracelets are another way of choosing how to feel. Upon learning that the bracelets could help with healing and positive thoughts, they decided to purchase one as a gift for their mother, Maria Shriver, who was deep in the scandal surrounding her divorce.

“It’s important to celebrate ourselves and honor the idea of giving to others,” says Lynette. 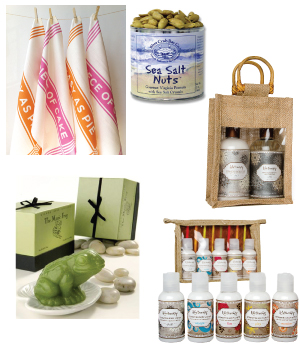 Hand-chosen by Lynette for their universal appeal, these little luxuries make wonderful hostess gifts and are sure to be the hit of any gift exchange. Keep extras on hand, wrapped and ready to go, and never face an awkwardly unprepared moment again. Gifts are available at lifetherapy.com