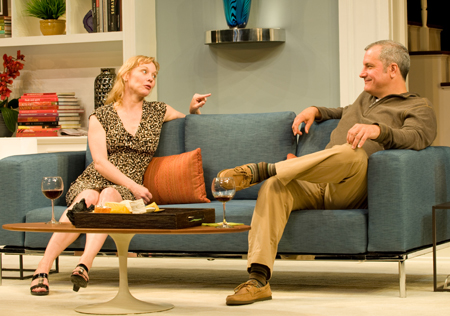 Steppenwolf has done it again! Each year this seminal theater company, best known for initiating the careers of such beloved performers as Joan Allen and Gary Sinese, alternates between experimental properties (Penelope, a revamped version of The Three Sisters) and more serious, accessible fare (Clybourne Park). Their incredibly effective current production, Good People, falls into the latter category. 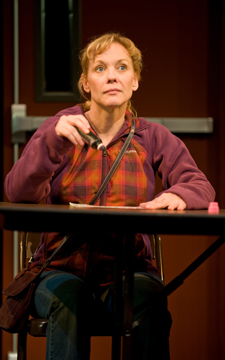 Here, Pulitzer Prize-winning playwright David Lindsay-Abaire’s tells the story of poverty-stricken Boston mother, Margaret. Due to complications with her handicapped daughter, Margaret has just lost her latest lowing-paying gig. With rent due and no other options presenting themselves, the determined woman seeks out a former flame, a successful doctor. Hoping for a job lead, Margaret soon bristles when her efforts are met with perceived arrogance. Dark secrets are ultimately revealed. In a tense meeting between the doctor and his doubtful wife, one life could be destroyed while another’s could finally arrive at a state of financial relief. 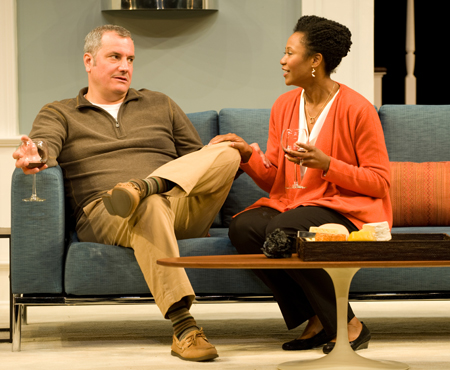 Skilled director K. Todd Freeman wisely plays up the Tony-nominated piece’s humor. Despite their precarious states of living, Margaret and her pals, Jean and Dottie, are always ready with a hard won quip and Freeman ekes out an incredibly natural bond between the three skilled actresses playing them. His efforts are aided, immensely, by Walt Spangler’s amazingly adaptive scenic design and Nan Cibula-Jenkin’s evocative costuming work. 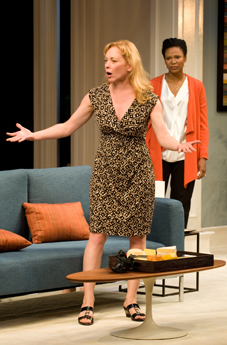 Mariann Mayberry brings out a feisty spark in Margaret. The underlying heart she gives her character always assures the audience that Margaret is one of the ‘good people’, even when her actions are questionable. Hysterically fine character work is also provided by Lusia Strus and Molly Regan as Jean and Dottie. Keith Kupferer, meanwhile, provides a relatable menace to his threatened doctor while Alana Arenas, as his unsatisfied wife, beams with a stiff generosity and questioning gaze.

All involved ultimately provide an experience that resonates. Particularly, as our contemporary lives constantly seem to be hanging in the balance, fine theatre like this production of Good People helps remind us that there is art (and joy) amidst the emotional chaos.