Sheridan Road: Hi, Todd. You grew up in Highland Park. Do you any specific or special memories about that time?

SR: What initially sparked you into writing Defamation, which is currently on tour in the Midwest?

TL: After attending a friend’s play reading in the city, I went out for drinks with the cast, three of whom were African-American. I asked myself when was the last time I had been in a social situation with African Americans. It had been many years. I found myself asking the questions how did it come to pass that, in spite of my progressive views, I ended up in Winnetka on the North Shore, where the lakefront towns had barely changed racially since I was a child. More specifically, what does it say about ourselves where we go to bed at night? 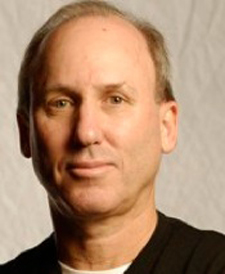 SR: Interesting. The characters in the piece are very diverse. Was there a particular character that was most difficult to write for and was there one that spoke to you immediately?

TL: The hardest character was the plaintiff, Ms. Wade. I did a lot of research to better understand the African-American experience. The play was originally developed with De Paul’s graduate theater school. While drafting the play, many African-American actors generously shared their personal experiences and provided invaluable feedback about the story and the characters. I ‘knew’ the defendant Arthur Golden. I understood the North Shore experience. I understood white privilege. I understood country clubs where memberships were primarily one religion. I understood the complicated issues of inter-faith and intra-faith marriage. I also understood that just because you know where someone goes to bed at night, doesn’t necessarily mean you really know who someone is or who their family is.

SR: So, has there been a particular reaction to the piece that has surprised you the most?

TL: I expected the play would have a typical 5 week run and that would be it. We’re now in our third year of touring. We’ve performed at high schools, colleges, law schools, house of worship and civic organizations. Last fall, we did five shows in Jackson, Ms. This year we have more than 50 shows scheduled. So, what has surprised me the most has been the demand (for the show). The reason why has been consistent; all venues feel there’s a strong need to talk about race, class and religion. They assert it’s very difficult to have constructive conversations about such sensitive topics. They feel Defamation, a courtroom drama with the audience as the jury, provides a unique platform for civil discourse.

SR: What do you hope to achieve with this latest touring production of the show?

TL: We still have so many divisions in our society. We see them every day. We see them on the news and in the headlines. The goal always remains the same. I hope Defamation, the deliberations, the discussions, and the self-reflection will generate greater empathy for others. That empathy is essential to overcoming intolerance. 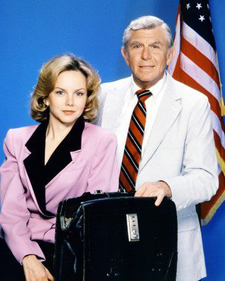 Meanwhile, the news of the Goodman Theatre‚Äôs (www.goodmantheatre.org) upcoming production of Tennessee Williams‚Äô Sweet Bird of Youth, starring Diane Lane, is proving to be one of Chicago‚Äôs hottest tickets of the fall theatre season. Williams, best known for uncovering the emotional ravages of the heart, dealt with class issues in his prime works, as well. Sheridan Road was lucky enough to catch up with deservedly popular actress Linda Purl at the Hollywood Show (www.hollywoodshow.com) in Rosemont, this past weekend. The amazingly eclectic Purl, currently enjoying success with her versatile roles on The Office and True Blood, revealed she is a theater artist, at heart, in our brief conversation. The generous singer-actress also, mentions a very personal connection with Williams, one of history‚Äôs greatest playwrights.

Sheridan Road: It‚Äôs very apparent from your detailed, layered work on camera that the theater is very close to your heart.

Linda Purl: True. I grew up in Japan and my parents and I attended a lot of theatre. We would perform summer stock in the living room together ‚Äì that was our family glue.

SR: That‚Äôs an amazing memory. Is there a particular play that you‚Äôve done that stands out as a favorite?

LP: I have two. No, three! There‚Äôs a beautiful play called the Baby Dance. We performed it in LA and the Long Wharf Theatre in New Haven, Connecticut. We, eventually, got it to Off-Broadway. Then there‚Äôs The Road to Mecca – with Julie Harris! ‚Äì Which speaks for itself. Then – playing Blanche in A Streetcar Named Desire.

LP: I knew him. Tennessee Williams had lived with us, briefly, when I was a child. ‚Äì It‚Äôs a perfect play, as close to doing opera as you can get with a drama.

SR: Were the emotional places that Blanche descends into challenging for you as an actress?

LP: The play supports you fully on your journey. But, it‚Äôs daunting ‚Äì you have to dig down deep.

SR: How long did you perform the role?

SR: That‚Äôs understandable. Anyone who was lucky enough to witness your perfect, tender take on the ballad ‚ÄúThis Time Tomorrow‚Äù from Tom Sawyer on Broadway knows you are a cabaret artist of note. I understand that you have a new show opening this fall.

LP: Yes, Midnight Caravans‚Ä¶Travels Through the Great New York Nightclubs will open at Feinstein‚Äôs in New York City on September 30th. We have Tedd Firth, a brilliant young musical director, and Desi Arnaz, Jr, is flying into do percussion. He is just so talented, so gifted and I am so grateful that he willing to be a part of this project with me. The first night, a portion of the proceeds will go the Actors Fund, a charity that is very close to my heart, as well. 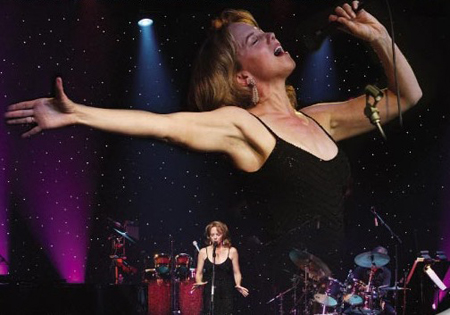 SR: A perfect example of how art can entertain and benefit society, as well. You have such a vast body of work ‚Äì from mini-series to comedies to drama – and every person probably has their personal favorite. Is there a television or film project that is close your heart?

SR: The television film with Shaun Cassidy! You‚Äôre amazing in that. It‚Äôs, also, a project about the social injustice of the handicapped that everyone should check it out, if they haven‚Äôt!