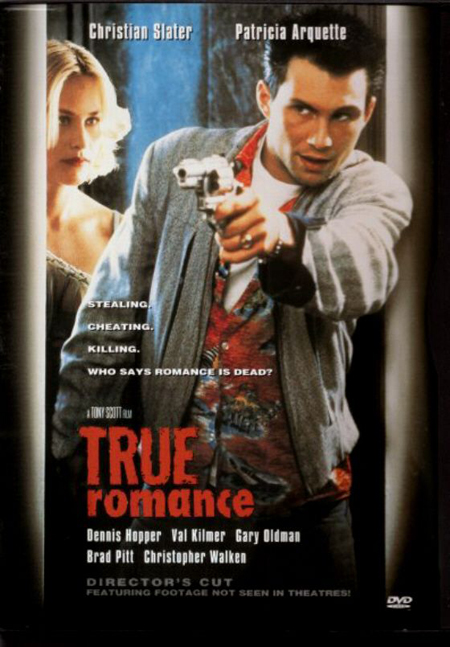 Purportedly, Scott’s favorite as well. The story of Clarence and Alabama (Christian Slater and Patricia Arquette), a comic book store clerk and a prostitute who fall in love, steal a suitcase full of the Mob’s cocaine, and head to California to sell it to a movie producer. Quentin Tarantino wrote a great script full of bizarre and fascinating characters and Tony Scott brought his frenetic shooting and cutting style to the proceedings. It’s rumored that Scott, who felt like a big budget gun-for-hire throughout most of his career, considered this controversial, counterculture flick to be his first film as an artist. The dialogue is spectacular, even bit parts are cast with heavyweights, Samuel L. Jackson and Brad Pitt each have about 45 seconds of screen time, and it also has the greatest interrogation scene in the history of cinema between Christopher Walken and a VERY mouthy Dennis Hopper. Seriously. There are four commentary tracks on the special edition DVD and everyone stops talking when that scene plays. It should also be noted that it’s hard to find a more violent film, so those with weak stomachs beware. 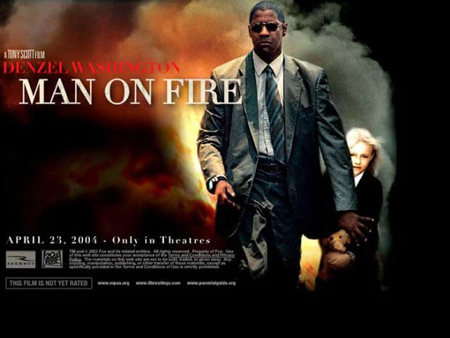 One of the best revenge movies ever made. John Creasy (Denzel Washington) is a seriously depressed ex-CIA agent who takes a job as a bodyguard to a precocious young girl, Pita (Dakota Fanning), in Mexico City and she immediately endears herself to him. Despite his considerable skill, a group of kidnappers overwhelm him with a ton of bullets and a bunch of bad guys and they kidnap Pita. When the money drop goes bad and Creasy is told Pita has been killed, he crawls out of his hospital bed to mercilessly dispatch everyone who had a hand in the kidnapping. This picture is a really engaging ride. It’s also the first time Scott amped up his style to a degree of calculated chaos. Oversaturation, visible grain, flickering, hand-cranked and double exposures, snap zooms, and shooting with many cameras simultaneously, the guy went hardcore. It feels simultaneously raw and polished, a look that many have tried to ape since but with little success. This flick shows what it looks like when a visual master tries something new and it really works. Really well written too.

3—Enemy of the State 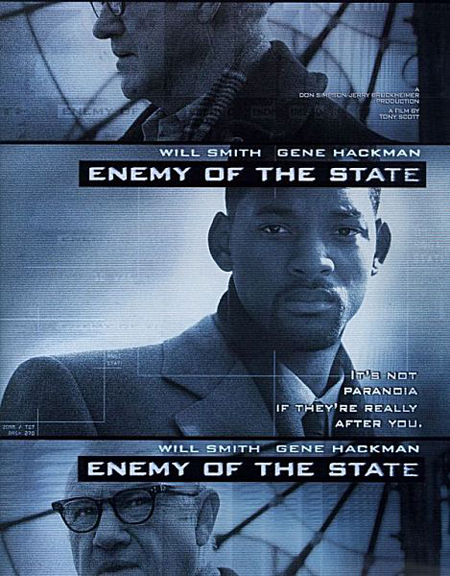 This has to be his most purely fun movie. Robert Dean (Will Smith) is a successful lawyer in the wrong place at the wrong time and he ends up with evidence of a murder perpetrated by a rogue faction within the NSA. They quickly display how easy it is for someone with the resources of the government to destroy a man’s life, removing his access to money, destroying his reputation, and monitoring him through surveillance devices and satellites all while trying to discredit and kill him. Enemy of the State is an example of a popcorn movie at it’s finest. The writing is tight and clever and Scott’s ability to elicit tension is awesome. The characters are likeable, the plot manages to make a series of coincidences feel plausible, and it never stops moving. This is an example of the highest level of escapist storytelling disguised as a morality tale about abuse of power and it is fantastic. 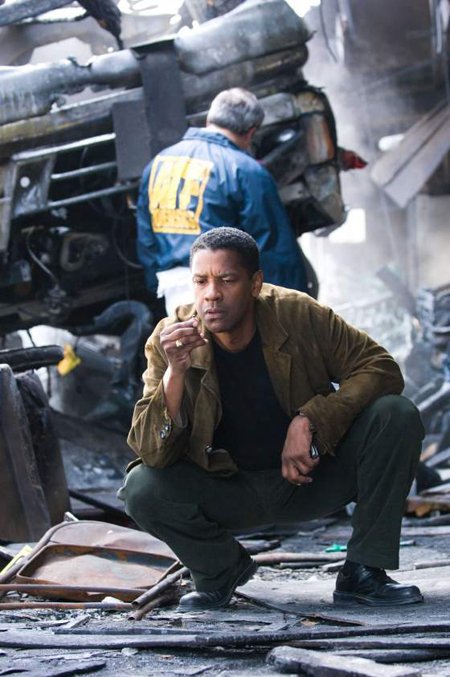 It’s Scott’s only divergence into the realm of science fiction, and it’s a fun ride despite a crazy premise. When a ferry explodes killing 500 people via domestic terrorist attack, an astute investigator, Agent Carlin (Denzel Washington), joins a cutting edge unit with technology that can view four days into the past to try and gather clues as to whom is responsible. Eventually, catching the mass murder isn’t enough for Carlin and he sets out to see if he can actually change the past. Unlike his brother Ridley’s sci-fi pictures, this isn’t a quiet, stark contemplation on isolation, technology, or search for answers in space, it’s a crazy, time travel, detective picture that should make Time Cop feel ashamed of itself. Like most of Scott’s movies, it’s great looking, fast paced, and a lot of fun. Although I’m still not sure how satellites are supposed to create a window to the past. 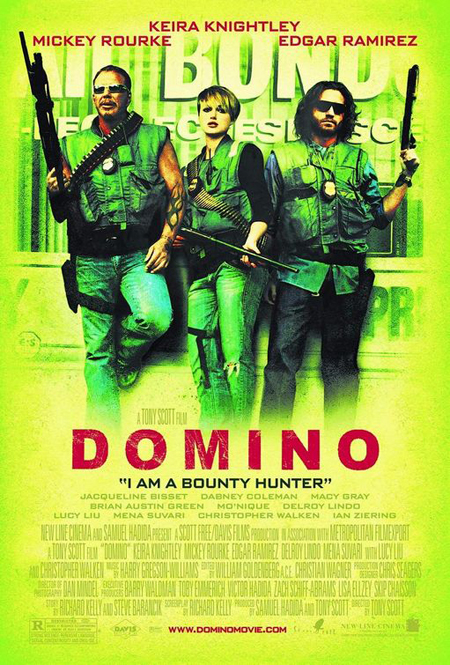 Number five is a tie between two movies that are decidedly “style over substance,” a description that constantly plagued Scott throughout his career. They both feature extremely cool visual sequences built around tired plots and cardboard characters.

My wife and I are two of the five people in the entire world who like Domino. The screenplay is horrifyingly bad. “Based” on the true story of Domino Harvey, a model turned bounty hunter, the closest the movie gets to anything resembling real life is the movie poster:

Domino. “I am a bounty hunter.”

Working from a script by writer Richard Kelly (Southland Tales, The Box), Scott immediately doomed himself to a film that was going to be incomprehensible. The action is insane and the visual style takes what he did with such panache in Man on Fire and cranks it up to 11. This movie is a blast, but it would be just as good—possibly better—with the sound muted so you can’t hear any of the characters. 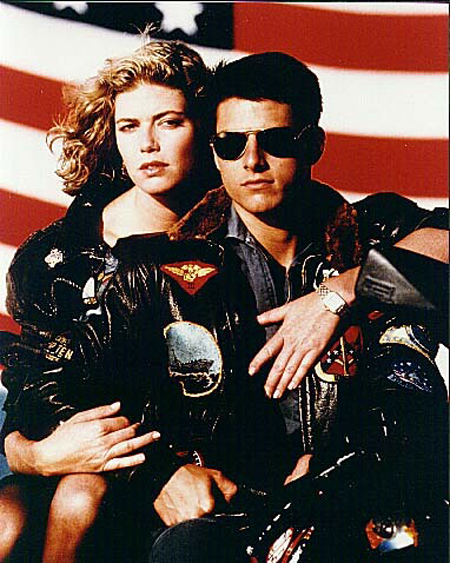 Top Gun is all about the air photography. A narcissistic, loose cannon of a pilot, Maverick (Tom Cruise), heads to Top Gun school where he competes to prove he’s the best there is. Oh yeah, and he falls in love with a civilian instructor at the school, I guess. The take-off, landing, and airborne dogfight sequences are awesome. Even more so when you consider that everything had to be done for real in the ‘80s. It was Scott’s first pairing with Jerry Bruckheimer and it was a mega smash hit. Watching it again, through the cynical meta-eyes of modern film expectation, it feels very very ‘80s, and if they used the “Take My Breath Away” music cue one more time I probably would have gone crazy. Tom Cruise’s jacket was really cool though, and my wife loved the beach volleyball scene, but we both thought it was really arrogant for Maverick to show up for a date and ask to hop in the shower. Despite all my bellyaching over characters and dialogue, I got pulled to the edge of my seat every time those planes were in the air. That’s what a great director can do. Tony Scott did it every time.