But they really became aficionados in the mid-1990s while shopping in Versace’s Chicago boutique. “Diana and I were thinking of building a house and had been looking at a lot of Art Deco furniture,” says Chuck. “She handed me Versace’s book, Do Not Disturb, and I thought, ‘Wow! That’s how we want to live.’” The coffee table book contains lavish photographs of Versace’s home collections.

The Ivases sold their Hinsdale condo and started designing and building their current Neoclassical-themed Hinsdale home that replicates elements of Versace’s homes in Lake Como, Miami, and New York, with the façade modeled after the Lake Como villa. Little did they know they were developing a passion that would take them on a 15-year (and counting) quest for all things Versace. 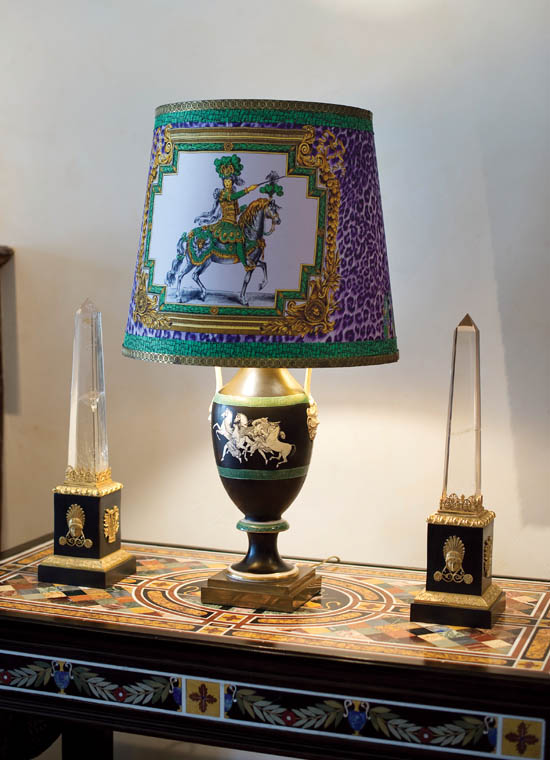 “What we love about Versace are his opulent sensibilities and flamboyant styles,” says Chuck. “He had such eclectic and exquisite pieces in his homes, and his tastes often match our own. We were building the house when he was killed in 1997.”

Not only did Versace’s name gain notoriety after his murder, it fueled Chuck and Diane’s desire to acquire many of Versace’s personal belongings for their own home. But it would take patience, perseverance, and immersion in the competitive global auction market.

Chuck and Diana attended their first live Versace auction at his Miami house in 2001, and it included some items from all of his homes. “The first auction was exciting because there were newspeople there and everyone was very passionate,” says Chuck. “We bought Versace’s salon suite [from his sister Donatella] from his Miami mansion and a pair of 19th century French paintings.” The chromatically arresting salon suite that now anchors the couple’s living room consists of a couch flanked by two matching chairs and ottomans covered in fine-screened fabrics with a colorful array of exotic birds. 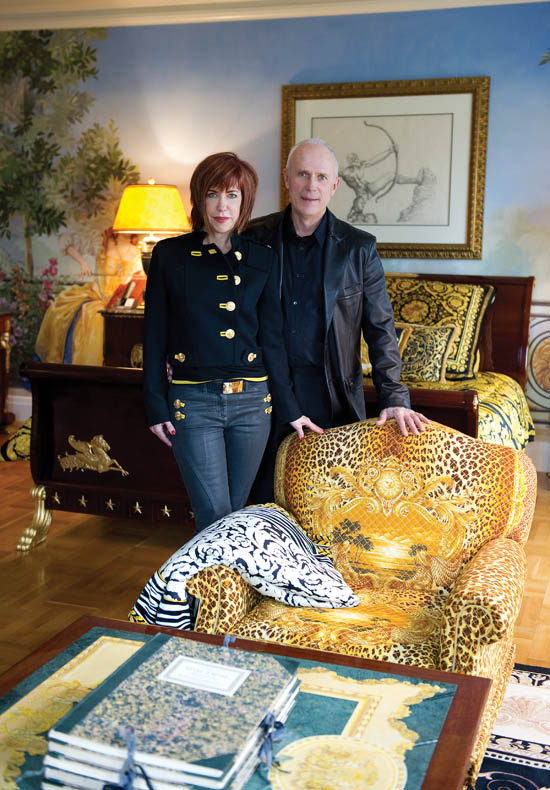 In contrast to the couple’s condo, which was decorated in black and white, “like a New York penthouse,” says Chuck, this home is decorated in the Empire style and reflects Versace’s delight in the use of strong color and patterns, including the Greek key pattern which appears throughout the home. In Chuck and Diana’s master bedroom sits another of Versace’s salon suites that exemplifies Versace’s unbridled enthusiasm for the baroque—this Leopard-themed set aptly named “Wild Miami.”

Over the past 11 years, the Ivases have attended numerous auctions and galleries across the globe, including events by Sotheby’s and Christie’s. They’ve purchased more of Versace’s own pieces along the way—including two porcelain vases that were made into lamps, twin obelisks wrought of solid rock crystal, and Versace’s very own mahogany desk.

“A lot of our luck in obtaining the rarities we’ve gathered can be credited to being in the right place at the right time,” says Diana. “Sometimes you’re able to get a bargain on an ultra-expensive antique that another winning bidder reneged on. Or, your low introductory bid ends up being the winner because no other Versace collector was present to compete with you.” 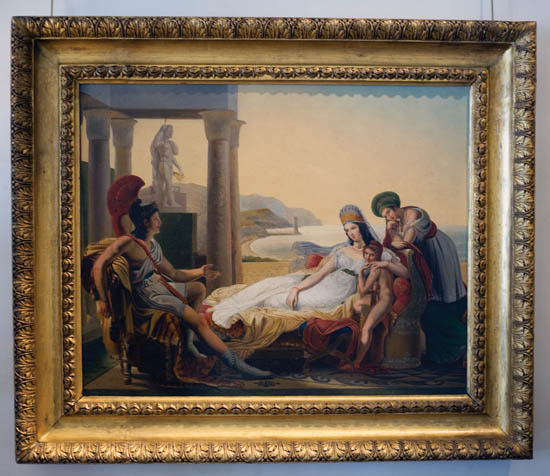 And, while all of Versace’s possessions have been sold off, “Things come back on auction at another time by private collectors,” says Chuck. “We’ve been waiting to find vases for the tops of the pedestals in the dining room for quite a while.” He’d hoped to buy a set of Medici vases at one auction but wasn’t willing to pay the $30,000 they commanded. But Chuck and Diana have learned to be patient in their quest for all things Versace, filling in the final pieces to their home as they come available.

When asked what they will do if and when the house is ever finished, Chuck says, “It would be nice to restore an old mansion.” Stay tuned . . .

For more information, contact Lynn Walsh of Walsh Communications at 630-516-0606