This year not only do we get to watch the most professionally attractive people in the world be nervous, jubilant, disappointed, or have the best night of their careers, but we’ll also have the nostalgic joy inherent in having Billy Crystal as our Oscar host once again.

Just as last year, we’re skipping the movie review this week and bringing you the top five categories and our predictions for who’s going home with the gold. 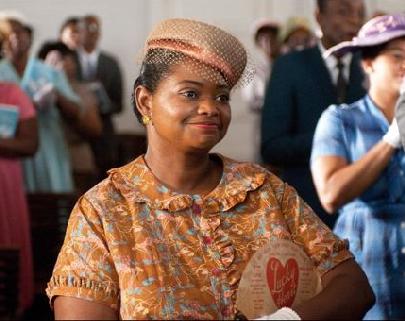 Like I said last year, this is usually the category where the Academy can throw a curveball, and if they were going to do that you couldn’t get much more unexpected than having Melissa McCarthy win for a comedic turn in this year’s breakout, gross-out comedy. Plus, Melissa McCarthy has been an underrated actress for a long time and seeing her win would be amazing. But I’m going to have to go with Octavia Spencer for The Help. She won the Golden Globe and she was absolutely fantastic. We’ve seen her in supporting roles in a million different things, but as Minny Jackson, she gave an unforgettable performance providing sassy comedic relief in a heart wrenching film without ever turning Minny into a joke. 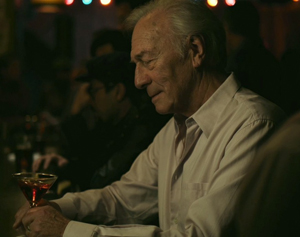 I hope the other guys have a couple of solid movies left in them, because Christopher Plummer is accepting a lifetime-spent-in-the-movies award disguised as a Best Supporting Actor Oscar this Sunday. He first stepped in front of the camera in 1953, he has 190 credits to his name, he missed out on a win in 2009 for The Last Station, he’s 82 years old, and the guy is still chasing it; he was in THREE movies this year. I think my dislike of the painfully self-aware indie movie that he’s winning for might have tempered my experience of his performance, but I thought it felt like he was just pretending about half the time. He was wonderful in The Girl with the Dragon Tattoo; can we give it to him for that instead? You know what? He was Captain Von Trapp in The Sound of Music, I’ll just pretend he’s winning for that and call it good. 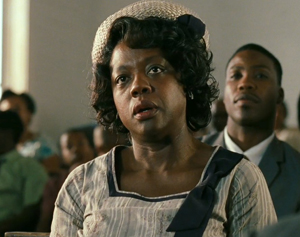 Everyone is saying this one belongs to Viola Davis. I’m going to have to agree. The Help is an outstanding movie and it hinges on the character of Aibileen. Davis played her perfectly and she’s never won an Oscar. Streep took the Golden Globe, probably because it was the flashier performance. You can’t watch her embody the elderly Margaret Thatcher without being blown away by her ability to transform herself. Aibileen goes through the ringer in The Help but part of her character’s strength is the resolve to suffer in silence. It results in a quieter performance, but there’s no way anybody broke more hearts by the end of a picture this year. Viola Davis takes it. 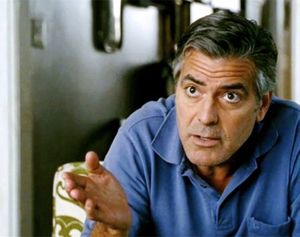 Many critics are saying this is a two-man race between Clooney for The Descendants and Dujardin for The Artist. Sure Clooney, gives the best performance of his career, but Dujardin is FRENCH, he may not have another shot at winning an Oscar. What? You want to give the guy an Oscar because no one’s ever heard of him before? Cool. I want one too, can I be French? The bottom line is this. George Clooney’s performance is mutli-faceted, deep, and more vulnerable than we’ve ever seen him. His experience in The Descendants is real enough to transport every viewer into his shoes and make us personally feel his loss, heartbreak, anger, and hopelessness. Dujardin gave a very nice performance that was wonderfully reminiscent of silent film acting and he learned a tap dance number that made us happy. If anyone beats Clooney it should be Pitt, for another in a long line of wonderful performances, but I say no. Clooney gets it this year because he deserves it. 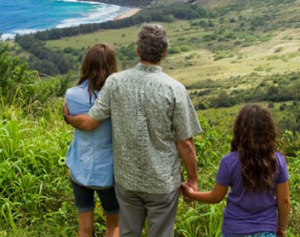 It’s a tough one this year. There’s no The King’s Speech that everyone can rally around. The default pick among many critics seems to be The Artist, because of its originality and bold use of no sound. If it wins, all it’s going to prove is that Hollywood is more nostalgic then is good for them; it’s a good silent movie, but that’s pretty much all it is. It’s not original because it’s ably mimicking something that we have hundreds of examples of from a century ago; that just makes it daring, not unique. Similarly, if the Academy wanted to prove that they thought like audiences do, then The Help would take it. That has to be the most out and out successful flick in the bunch, financially and with audience approval. It’s just great filmmaking and emotionally satisfying. However, Best Picture is rarely an audience favorite or a box office darling. I’m going to have to go with The Descendants. It won the Golden Globe and it’s an outstanding movie, but it’s less accessible than The Help, making it appear to the voting eye as somehow cooler and more artistically relevant.