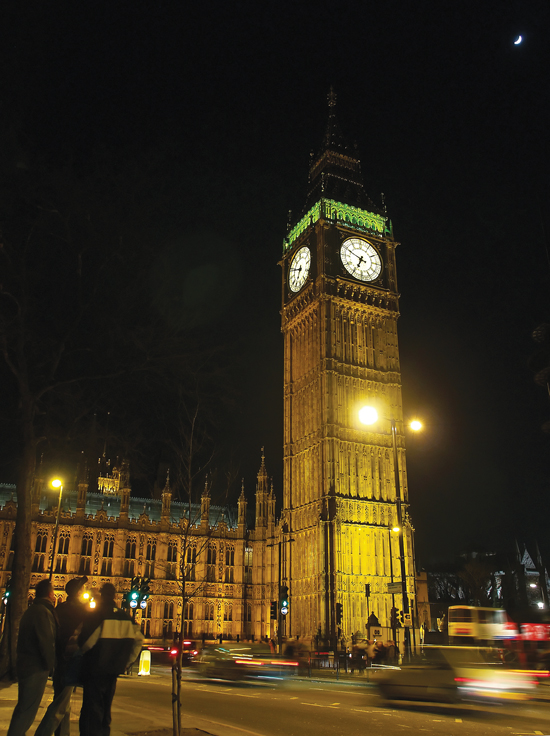 London is one of those places that’s difficult to write a travel story about—after all, it’s not exactly unknown territory for many of us, who wouldn’t miss our annual Wimbledon vacay; or Christmas in Sloane Square; or reunion with expat pals a plenty. But that very familiarity breeds insularity: Many of us consider London to be “our” town, and treat it as such, rarely even leaving the boundaries of our little village-within-a-town to venture out into the greater environs beyond.

Which is how this story came to be: Write about what Insiders do, I was asked—don’t worry about Harrods, or Piccadilly Circus, or Changing the Guard at Buckingham Palace (all of which you should definitely visit and see, by the way!). Just tell it like it is. And so, without further ado, I bring you…the best of London living, Insider-style.

How to Get There

Apart from going super-old-school and taking a ship to Jolly Olde (and, really, if you’ve got the time, that’s not the worst idea in the world…), to my mind there’s really only one “best” option for getting in the spirit of things right away: fly British Airways (BA). For service, amenities, and just plain Blighty-style cool, from the food to the accents, BA’s first and business classes can’t be beat. And they offer loads of British programming on the TVs, which will have you laughing all the way across the Atlantic. britishairways.com

Of course, there are always the heavy hitters (Americanized uber-hotels, corporate chains, The Ritz…), but—as this is the Insider’s guide to London—I believe that it’s important to mention a few less-expected choices of hostelry. Also, to say that if you are going to stay at a “mainstream” hotel, to my mind one of the joys of staying in London is living like a Londoner—and, if you’re traveling with kids of any age, it can be equally important to have access to laundry, a real kitchen, and individual bathrooms. (Plus, it can get very wearing very quickly to pay hotel prices for meals your children will describe as “weird” or “icky.”) This is where the serviced apartment—a “real” property, complete with bedrooms, cable, kitted-out kitchen (that’s a British term, for those of you keeping score), laundry, maid service, and
en-suite bathrooms, often in the best London neighborhoods—really comes into its own.

There are numerous providers—a few of the largest are homeaway.com and its little sister, vrbo.com—but I like the boutique company aplacelikehome.co.uk, which offers flats throughout Westminster and the City. It is both reputable and—relatively speaking, this is London we’re talking about, after all—fairly priced. Their greeters will meet you at your property and walk you through the amenities of the flat; they will also check you out and see you into a car or a cab. Highly recommended.

But! If the thought of spending your hard-earned vacay cooking and doing laundry turns you pale, or if you’re planning a getaway as opposed to a family trip, Shoreditch Rooms, in the private, members-only, super-fab East End club, Shoreditch House, are the bomb. The rooms are tiny, true—but, oh, so wonderful. With a view of The Gherkin, The Cowshed products, and all the features—and service!—of the club itself, it’s no surprise that this newcomer on the London scene was voted Tatler’s Best Hotel Group of 2011. 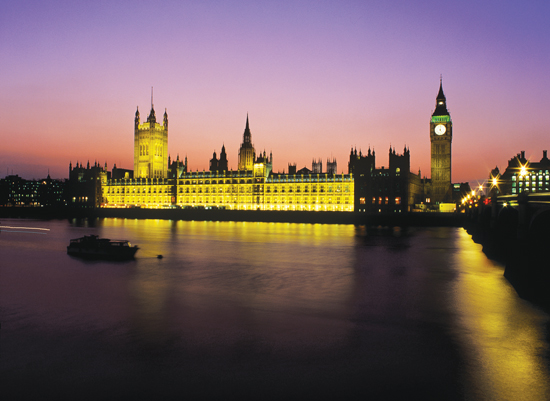 What to See and Do

All right, I know that this does not sound at all cool, but believe me—the Hop-on, Hop-off Bus Tour is well worth the money and a wonderful way to get a real overview of London. (When I lived in London, it was always the first thing I did with visitors and not only did it never get old, even for a hardened local like me, it was often a top highlight with houseguests, too). Tickets are valid for 24 hours (and, sometimes, for 48 hours, which is a bargain at twice the price) and the tour guides—be sure to get on a bus with a live guide, as opposed to a headphone tour—are extremely knowledgeable and friendly.

Two companies, The Original Tour (whose buses are red and white) and The Big Bus Company (whose buses are brown and cream) run excellent options, with regular pickups and drop-offs at all the big destinations: Marble Arch, Madame Tussaud’s, Tower of London, the London Eye—also worth a spin ’round—Hyde Park Corner, etc. Tickets also include a boat trip up the Thames to Greenwich, and do be sure to take advantage of this—Greenwich (where the eponymous Greenwich Mean Time comes from) boasts a stunning Naval College and twisty-turny, olde-Englandy streets and is totally worth a visit. (It’s a bit difficult to get to otherwise, which is why the boat tour is useful.) Also, you’ll get the chance to see the infamous Traitor’s Gate at The Tower, which is only visible from the river, as it was where criminals were taken, up the river from Parliament, to be beheaded or not.

Speaking of The Tower, as I believe we were, this is one tourist destination that is totally worth a visit (especially for fans of Philippa Gregory or The Tudors). It’s also a study in contrasts: From the Crown Jewels, which are astonishing, to The Tower where the little princes were held and—depending on what you believe—murdered by their uncle, Richard III, it’s a day out and history lesson all in one.

When you’re done taking in the vagaries of history, take a walk down Whitehall from Trafalgar Square and its very imposing lions, passing 10 Downing Street as you go and checking out Big Ben on the river (or hug the park and stroll down Horse Guards, which may earn you the lesser-spotted viewing of the changing of its guards) from Trafalgar Square to Parliament (across the Square, note Westminster Abbey—also totally, totally worth a visit, by the way—where Wills and Kate tied the knot earlier this year), and stop in to Churchill Museum and Cabinet War Rooms, where the prime minister holed up, and held out, all throughout World War II. Deeply affecting. cwr.iwm.org.uk

One thing’s for sure—that old saw about British food being for the birds is most certainly no longer true. First-class restaurants now abound—The Ivy, where you’re certain to spot a celeb or three, has the best sticky-toffee pudding in London; at its equally cool sister Le Caprice, don’t miss the creamed spinach (a Vogue editor I know used to have double orders of it couriered to her desk for lunch); Restaurant Gordon Ramsay in Chelsea holds three well-deserved Michelin stars; J. Sheekey has a Dover sole on the menu that would make a grown man cry; the East End’s Brick Lane offers one outstanding Indian restaurant after another…I could go on and on and on (and doubtless, your concierge can hook you up with a table at countless other hot spots), but I think that special attention needs to be paid to these few, special standouts.

Veeraswamy: Touted as the oldest Indian Restaurant in London, Veeraswamy may not have the absolute best Indian food in town (for my money, that honor goes to the humble Bombay Bicycle Club—not to be confused with our American chain restaurant of the same name—which is mostly delivery only, and the memory of whose Chicken Korma and Channa Masala still makes me weep with longing, a little—but it does have super-cool-awesome Colonial-style ornate décor and an unbeatable location, overlooking Regent Street. Go for the pomp, stay for the poppadoms. 99 Regent Street | 01144-207-734 1401 | veeraswamy.com

Joe Allen: This is the longtime haunt for the post-theatre crowd, including its West End stars, and the best American hamburger and Caesar salad in London. Book a table for 10:45 p.m. and expect to dine next to the likes of Dame Judi Dench, Alan Rickman (he once asked me what I thought of the fries and I almost died, I tell you), and—often—Kate Winslet. Just be cool. 13 Exeter Street | 01144-207-836 0651 | joeallen.co.uk

New Culture Revolution: I really debated about even telling you all about this place—because it is crucial to me, my husband, our 9-year-old son, and all the neighborhood locals who frequent it with obsessive devotion—that nothing about the place changes. This is a true neighborhood joint in the heart of Chelsea on the fashionable Kings Road which nevertheless manages to be both budget-friendly and chic. Locals—the likes of Emma Freud and the rest of the brood, Eric Clapton, Ant n Dec, and others—gather at long tables to eat the best pan-fried pork dumplings in London. And maybe, possibly, the world. 305 Kings Road | 01144-207-352 9281 | newculturerevolution.co.uk

In London, nightlife very, very often happens behind closed, private doors. Not only homes, of course—members-only clubs, where one either needs to be a member, know a member, be willing to pay a fairly extortionate door fee, or look like a supermodel to get in. If any of these apply to you, or if it’s just worth it to get a firsthand glimpse at how the younger set rolls, check out these glam spots.

Annabel’s: Opened by Jimmy Goldsmith—Jemima Khan’s dad—and named for his wife (no prizes for guessing), this stalwart on the London nightlife scene manages never to go out of style. For members only (although their list is large and you probably know someone who belongs) and home-away-from-home to the trendy-but-safe set. 44 Berkeley Square | annabels.co.uk

Boodles: This is the second-oldest private gentlemen’s club in London. It’s well worth a visit, although entry is strictly by invitation, and gawking is not appropriate. Much-loved by the old-boy banking set, MPs and PMs past and present, and those wanting absolute privacy.
28 St. James’ Street | boodles.org

Boujis: Famed as Prince Harry’s favorite club (although, that’s not really saying much—the young heir is much for the nightlife), Boujis is sort of open to the public—standard cool-bar rules apply—and is very spendy: A minimum nightly table tab will run you a cool GBP 500 (about $750)—and that’s not for one of the best tables, either. 43 Thurloe Street | boujis.com

Public: Is, actually, open to the public—if they like you, that is. One of the new fave haunts of Prince Harry and his royal cousins (Eugenie and Beatrice have been spotted rolling out in the wee hours more than once), this latest Chelsea hot spot is urban cool at its very luxe best.