So it was a shock when I attended the first Thanksgiving dinner with my husband’s family and they didn’t serve dessert. No pie—an outrage! My solution? Never attend Thanksgiving dinner again without a pie in hand. My mother’s Traditional Pecan Pie is my hands down favorite—so good, in fact, I’ve noticed even the most disciplined dieters can’t resist a bite or two.

Of course, I’ve hosted many of my own Thanksgiving dinners over the years. Over time, I’ve created some of my own traditions, many of them variations of family recipes or those gathered from friends. With that in mind, we thought we’d share some of our staff’s tried and true family recipes that never fail to please a crowd. Who knows? Maybe some of them will make it onto your Thanksgiving menu this year. 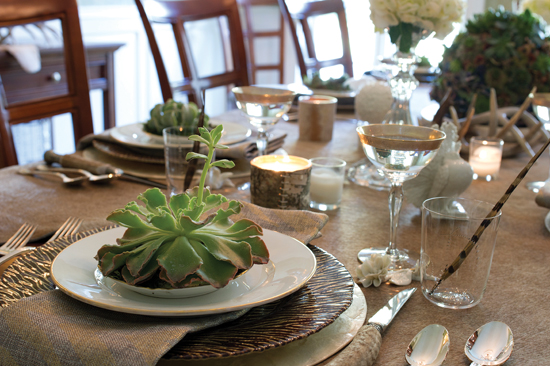 TIPS FOR SETTING A FESTIVE TABLE 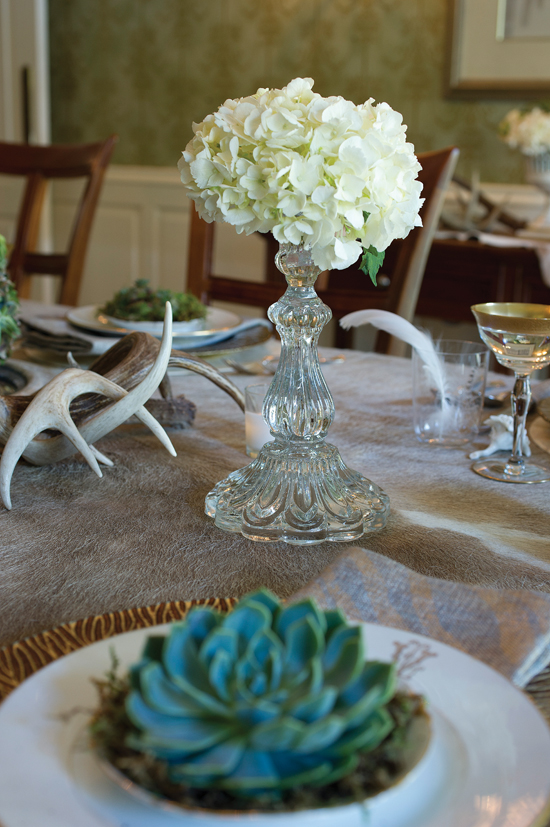 Go for the unexpected

Who would ever think to dress a table with deer antlers?  “The antlers are a great conversation piece,” says Amy. Then instead of candles, Amy topped a pair of candlesticks with white hydrangea.  An unexpected and lovely touch.

Amy repurposed a calf-hair rug to cover the table. At each place, she arranged a mother-of-pearl placemat, an animal print charger, a porcelain dish, and a green succulent to finish the look. The pop of fresh green adds a bit of intrigue to the table.

We’ve pulled together a complete menu for your Thanksgiving feast. Each recipe has a few new twists to spice things up a bit, except for the Traditional Pecan Pie. Why mess with something so perfect already? 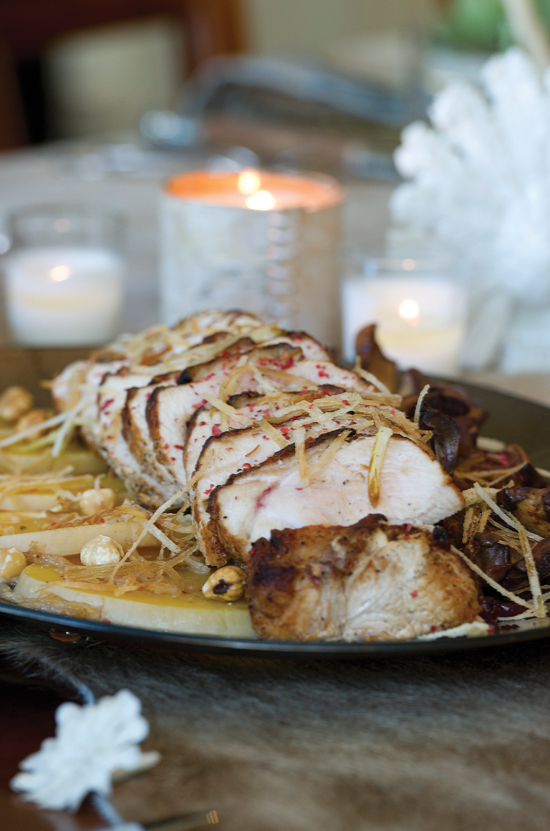 Brush the squash with a little olive oil, salt, and pepper. Roast in the oven for 5–8 minutes until tender. Toss the leeks with just enough water to coat them lightly. Now toss with the corn starch. Fry the leeks in a 375-degree fryer for just a few minutes until nice and crispy.

Mix sugar, flour, and nuts in bowl. Work in butter with hand blender. Sprinkle over potato mixture. Bake 60–70 minutes until topping is browned and bubbling. 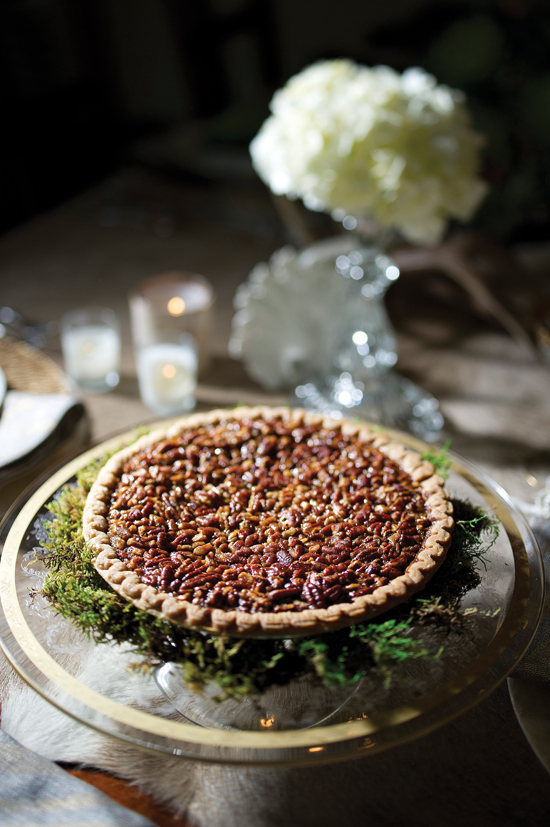 Beat top six ingredients thoroughly. Pour pecan halves into bottom of unbaked 9-inch pastry shell. Pour fillings on top of pecans. Bake in moderate oven at 350 degrees for 50 minutes until knife inserted halfway between center and edge comes out clean. Cool. Serve with a dollop of your favorite vanilla ice cream and enjoy.

Microwave in large bowl, covered with saran wrap, until berries burst, about 20 minutes. Optional: Add ½ cup Grand Marnier. Chill. Serve in a pretty glass bowl. This will thicken as it cools.

Dissolve salt in enough water to cover the Brussels sprouts in a bowl, and soak the sprouts in the salty water for 1 hour. Drain. Then, toss the sprouts in olive oil, sea salt, and black pepper to coat. Preheat oven to 475 degrees. Cook bacon in frying pan over medium-high heat, stirring occasionally, until just beginning to brown at the edges. Reduce heat to medium; stir in the shallot, then cook until shallots turn translucent, about 5–6 minutes. Stir in the sherry and cream until well combined. Bring the mixture to a boil, and stir until reduced by half. The thickened sauce should coat the back of a spoon.

While the sauce is cooking, lay the Brussels sprouts, cut sides down, on baking sheet, and bake in the preheated oven until the sprouts are browned, about 15 minutes. Transfer the browned sprouts to the sauce, toss to coat, and season to taste with salt and black pepper. 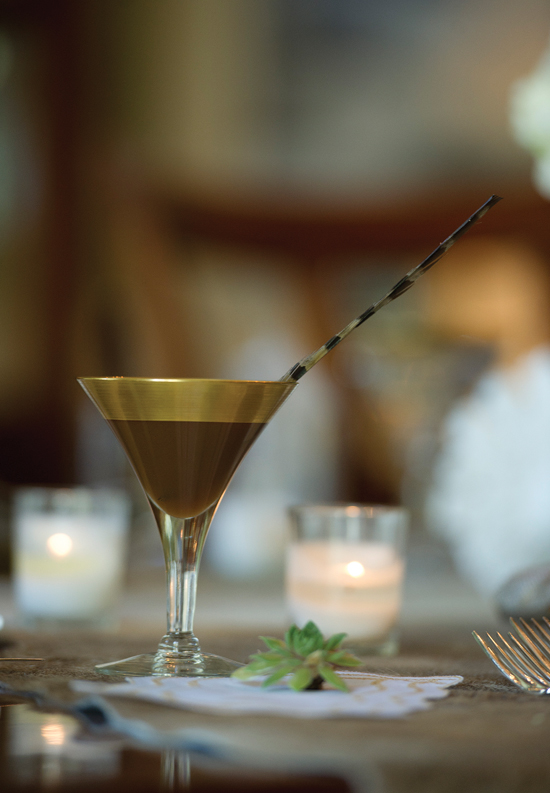