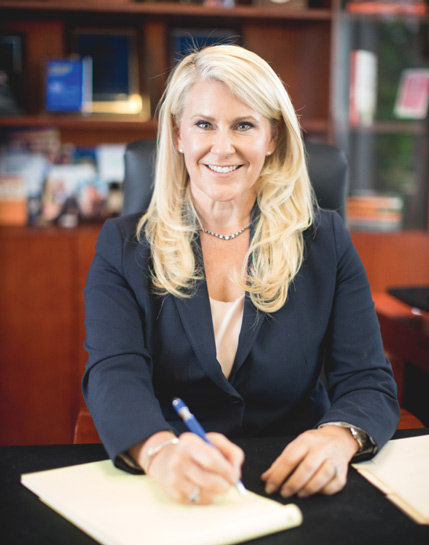 THE TERM CUSTODY is often used interchangeably with visitation, but the custody agreement actually refers to both the visitation schedule and the decision-making structure. Visitation is vastly more complicated. Between setting a standard weekly schedule, divvying up holidays, and scheduling vacation time, there are a lot of moving pieces, all of which need to be outlined before the agreement can be filed.

Before any negotiations begin, we ask our clients what parenting time they want, as well as what they think their spouse will want.

Some people may feel that a looser schedule is more appropriate for their families. They may have an amicable co-parenting relationship and believe a visitation agreement will be too constricting from the offset when they are more than capable of working together. However, the court will not accept any agreement that doesn’t clearly outline where the children will be sleeping every single night of the year.

Outlining visitation is a complicated, and usually very long, process. However, once it is outlined, it gives each parent a clear roadmap moving forward.

After the divorce is complete, most parents understand what the agreement is, and put it in a drawer somewhere in their home so that they can easily access it when they need to reference something, like what year they have their kids for Memorial Day.

Aside from visitation, decision making is outlined in the custody agreement. There are four categories for decision making: religion, education, medical decisions, and extracurriculars.

Religious decision making is fairly straightforward. Most parents will agree that the children will continue to be raised in the religion that they were raised in throughout the marriage. When parents are two different religions, this can cause more tension. However, if they were raising their children in one religion over the other, or with traditions from both religions, they tend to continue the same way, outlining what churches, synagogues, or other institutions they can take their kids to.

While the custody agreement outlines what each parent can do, it does not require them to do anything (such as attending weekly religious services) during their parenting time.

Educational decision making only pertains to major decisions— and unless the child has special needs (such as an IEP), there isn’t much. For most parents, it’s decisions around the children taking AP classes, or what school they will go to, if there is an option. Things like determining how a child studies or does their homework are not covered—each parent is expected to handle that during their visitation.

Educational decisions are usually joint and tend to not cause too much friction.

Medical decisions can be more complicated, especially with contentious divorces. In emergency situations where decisions need to be made quickly, whichever parent has visitation makes the decision on the spot, notifying the other parent as soon as it is possible.

Finally, there are extracurricular decisions, which tend to be joint. Because both parents are responsible for paying for extracurriculars, they both have to agree to it. Most activities that children were involved in at the time of the divorce are automatically approved, while new activities need to be determined together.

In the event that one parent wants the child to do an activity but the other doesn’t, the child can still participate in the activity, as long as it only takes place during one parent’s visitation and they are fully financially responsible.

Once the custody agreement is in place, it doesn’t tend to change much in the years that follow the divorce. If, for some reason, a change needs to be made, the parents need to work together to come to an agreement before involving the court.

If both parents are on the same page, they can simply come to an agreement and file it. If the parents are not in agreement, they are required to see a mediator in an attempt to find a solution before going to court. Going to court to make a change is always the last resort.

The custody agreement is a long, often complicated, and frequently emotionally exhausting process. But it’s usually the hardest part of the divorce, and once it is complete, the next three steps move much more quickly.