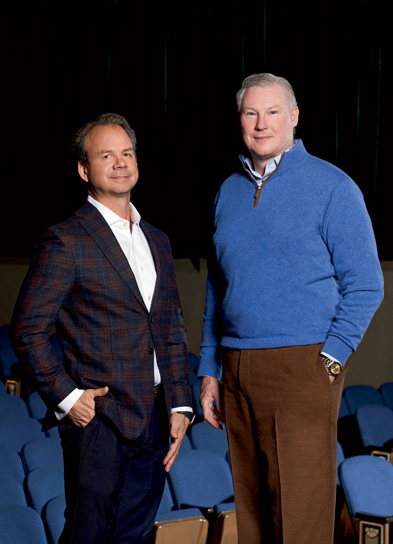 It still stands as a Big Blue program record.

Now a co-founder of Compass Financial Partners (CFP), a Northwestern Mutual private client group that moved from Vernon Hills to Lake Forest in December, Guin—along with CFP co-founder Tim Hender—chose not to rely on finesse to herald the firm’s presence to the community.

CFP opted for a slam-dunk approach instead.

It plans to show The Loyola Project at the Gorton Center in Lake Forest at 7 p.m. on February 9. It’s a highly compelling, straightshooting 2022 documentary about the 1963 NCAA champion Loyola University-Chicago men’s basketball team.

Woven together with archival footage and modern-day interviews, this captivating story—scheduled for more than 200 screenings in 2023—continues to provide inspiration in the fight for equality.

“Presenting the film is just one way our Compass team hopes to make a positive impact in our firm’s new community,” says Guin, who moved from Hawthorn Woods to Hender’s longtime hometown, Lake Forest, in August. “It’ll bring a lot of value to the people of Lake Forest, as well as to our clients.

“Sports bring people together; they’re great platforms for open dialogue,” he adds. “This documentary (seen by more than 1.3 million viewers, through November 2022) has generated important conversations about diversity and inclusion at campuses and other venues all over the United States.”

“All I knew, for years and years, was that my dad played basketball for Loyola and was good buddies with many of the players on that championship squad,” says Corey, who grew up in tiny Swanton, Ohio. “What I later learned, before I got the opportunity to talk with Patrick Creadon on the phone, was a story that hadn’t been told from the players’ perspective. It needed to be told, because it’s so powerful.

“I was promised 10 minutes with Patrick. We ended up talking on the phone for two hours.” 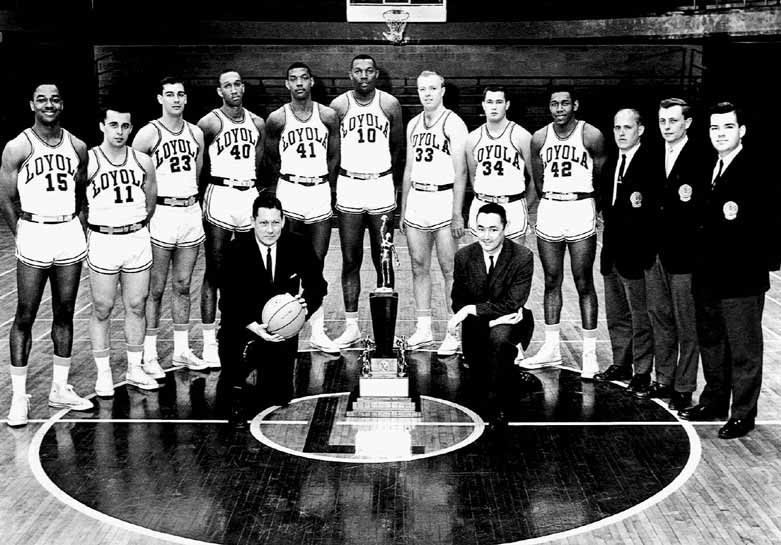 Loyola coach Ireland had broken an unwritten rule numerous times in the 1962-63 season, deploying more than three Black players on the court at any one time. The unwritten rule in Mississippi prohibited state schools from playing against integrated teams, thereby jeopardizing the Loyola University-Mississippi State University matchup in the second round of the NCAA tournament. The state persuaded a judge to issue a temporary injunction to prevent MSU’s Maroons (the Bulldogs today) from traveling to East Lansing, Michigan, to face Loyola. But MSU President Dean Colvard and MSU coach James “Babe” McCarthy devised a sneaky exit from The Magnolia State.

In Chicago, meanwhile, Loyola’s players opened hate mail in their dorms, including letters from Ku Klux Klan members, according to an espn.com report in 2012.

“We have to constantly educate and share this story, so people can connect the dots from where we were to where we are today,” former University of Kentucky men’s basketball coach Tubby Smith told espn.com.

“It’s a great sports story, but there’s a heck of a lot more to it than that,” Creadon, who also directed the ESPN 30 for 30 Notre Dame-Miami football rivalry documentary (Catholics Vs. Convicts), told WBEZ Chicago. “It’s really the story of these guys off the court.

“That is at the heart of our story.”

It didn’t take Hender long—a nanosecond, maybe—to suggest a venue for the showing of The Loyola Project. The Lake Forest High School graduate knows a thing or 2,000 about Gorton and the center’s John & Nancy Hughes Theater, where viewers will convene for the showing shortly after the start of Black History Month.

“It’s an ideal setting,” says Hender, a Gorton Center board member for nine years, including the two years (2017-2019) he guided it as chairman. “The theater’s cinematic technology is fantastic. Why not show it there? 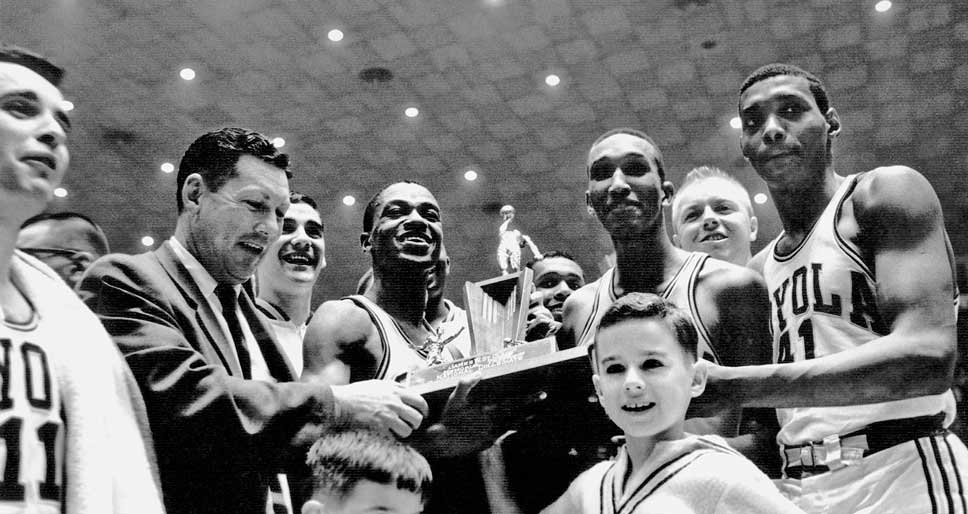 “It’s a Chicago story and it’s an inspirational story,” he adds. “Those who see it will come away feeling good, realizing how far we’ve come as a nation since the 1960s. But there’s still too much divisiveness in the U.S., too many people pushing for discord. I want to push the other way and celebrate the similarities all of us share.

“I want a world that’s colorblind.”

Hender, a private wealth advisor, and Guin have known each other for 11 years. Guin became Hender’s mentor and family financial advisor when both worked at Northwestern Mutual.

They formed Compass Financial Partners in early 2022, with its mission to help families navigate their journeys to financial security. CFP is recognized by Northwestern Mutual as one of its top wealth management advisory teams in the country and is a founding member of the FORTUNE 500 company’s Private Client Group—an exclusive selection of advisors who provide sophisticated advisory strategies for high-net-worth clients and their families.

“The face of basketball changed in 1963,” McQuade says, alluding to the peaceful and—to many, imperceptible—approach taken by the Loyola and MSU teams to integrate the game and change it forever. “I’m here in Chicago today, with Northwestern Mutual, and we’re trying to change the face of wealth, or at least significantly narrow the wealth gap.

“We want to strengthen the communities we know, and we want to introduce ourselves in other communities to help them become strong. Northwestern Mutual is all about the ‘and’ in that undertaking.”

The Loyola Project zeroes in on an “un” word—unwritten. Unwritten rules in basketball stymied change.

“Many people who watch this documentary will discuss it with others and likely say, ‘I had no idea such unwritten rules existed back then,’” McQuade says. “You know what? Unwritten rules still exist today in sports, and beyond sports. Our film starts conversations we need to have. The Loyola Project will make viewers cringe a couple of times. But it’s a documentary, and documentaries tell the truth. Sometimes the truth makes people feel uncomfortable.

“Our film documents what really occurred in the 1960s.”

McQuade’s wife, Jenny, deserves an assist for the selection of Williamson—a Chicago Whitney Young High School graduate and a vital freshman player on Loyola’s Final Four squad in 2018— as the documentary’s narrator. She’d heard Williamson speak at a Loyola fundraiser and knew, just knew, that his voice could provide plenty of heft to the project.

Jenny pitched her thought to Corey, who then ran it by Creadon.

“Patrick,” Corey McQuade recalls, “believed that the voice of Lucas would serve as the documentary’s ‘secret sauce.’ There was talk about maybe asking a celebrity with Chicago ties to narrate it, men like Common and Chance the Rapper. With his Chicago background and success as a Loyola basketball player, Lucas was the perfect choice.”

How many times have you seen the movie It’s a Wonderful Life?

Too many to come up with an accurate number, perhaps?

McQuade wants people of all ages to similarly lose track of the times they’ve seen The Loyola Project.

“I want our film to be a must-see every year, just like that Jimmy Stewart Christmas movie is for many,” McQuade says. “It should be watched every Black History Month, every March Madness.

“It’s called The Loyola Project,” he adds, “because a project is ongoing.”