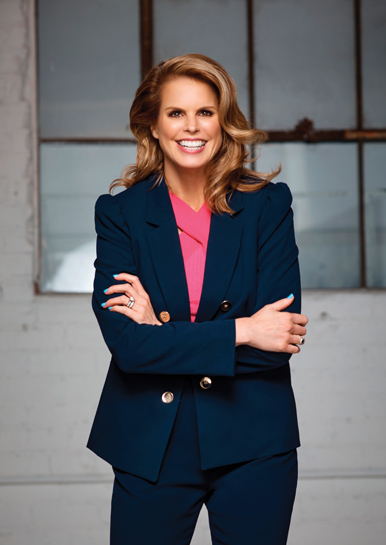 HAVE YOU EVER MADE a mistake and replayed it over and over and over again in your mind? I call this “pressing on a bruise.” It doesn’t feel good and is not helpful. It can cause more stress, guilt, and anxiety.

Athletes can often get stuck in the past, berating themselves (or their teammates) for a less-than-stellar play. They focus on the one mistake, getting trapped there and unable to concentrate on the present. The result is not only an increase in distress but also a decline in performance.

For example, a basketball player misses an easy layup. Their shooting is way below their average for the rest of the game. “What is wrong with me?” echoes through their mind.

A hockey player’s stick inadvertently pushes the puck into the other team’s goal. The coach pulls them out of the game. “My coach and team hate me,” reverberates through their head.

A gymnast got injured practicing a new move on the beam. Now, each time they get on the beam, their body tenses up and the technique suffers. “I will never make it to the next level now,” they think.

What we say to ourselves, our thoughts, impacts how we feel and how we function. And this is especially prevalent in sports.

As Yogi Berra infamously stated, “[The game] is 90 percent mental; the other half is physical.”

How can you do that? Encouraging words such as “just get over it” or “let it go” are good in theory. The issue that arises, however, is how actually to execute these pearls of wisdom.

The key is to learn techniques that rewire your brain. When you consider that every thought you have is just nerves firing in a specific pattern within your brain, the goal is to create more helpful pathways, so they become automatic. That is, change your inner dialogue to optimize your outer performance.

At EleVive, we work with athletes to cultivate skills to control their minds better, which boosts their success.

Here are a few examples of ways to help your athlete (and even yourself) move past the past:

When athletes are in the Red Zone, their negative thoughts control them. The key is to get out and stay out of the Red Zone so rational thinking and optimal functioning can prevail.

There is a saying in racecar driving, “Don’t look at the wall.” Because when people do, their car inevitably goes into the wall. Athletes perform better when they learn to focus on what they want.

3. Create an alter ego: Have you ever heard of Sasha Fierce? Most people have not. And yet you have likely heard of Beyoncé.

When Beyoncé went from singing in the church to being a pop star, she felt uncomfortable performing on stage. She created an alter ego, whom she named Sasha Fierce. Unlike Beyoncé, who was rather shy, Sasha Fierce was very confident on stage, dancing around. In fact, at one point, Beyoncé said she never actually performed; it was Sasha. What does this have to do with your athlete? Help them create an alter ego that is resilient, perseverant, present, and able to get into the zone no matter what happens.

By addressing your athlete’s mindset and teaching them skills to rewire their brain, so their minds work for instead of against them, your athlete can excel to all new levels, reaching the peak of their potential and thriving in their sport.