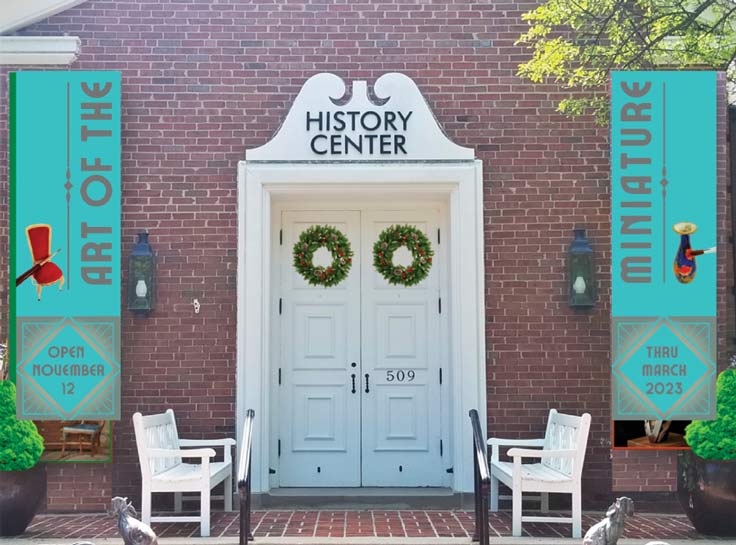 If you’ve ever marveled at the intricate beauty of the miniature interior vignettes on permanent display in the Thorne Rooms wing of the Art Institute of Chicago, the History Center of Lake Forest- Lake Bluff ’s new exhibit is a must-visit this holiday season.

Open now through March, “The Art of the Miniature” explores the craft of miniature making through the lens of late Lake Forest resident Narcissa Niblack Thorne, her workshop, and the many artisans and craftsmen who brought her visions to life.

These painstakingly crafted pieces were conceived by Thorne, who was inspired by historic houses as well as period rooms in museums and other palaces she visited on her travels abroad and throughout the U.S. Additional miniature rooms conceived by Thorne are on display at art museums around the country and held in private collections.

“Lake Forest has so many personal connections to the world of miniatures,” says Laurie Stein, Deputy Director and Head of Curation. “Through Narcissa Thorne herself, a resident for years, but also through local collectors of her work and other past artists and creators, such as Petite Maison gallery.”

Born in 1882, Thorne cultivated an early appreciation for doll houses and replicating famous interiors on a miniature scale. Her works were featured around the globe, including a special exhibition at the 1933 Century of Progress Exposition in Chicago.

Here in Lake Forest, she resided in a French Renaissance-style home on Ridge Road designed by architect Edwin Hill Clark in 1909.

“Narcissa and her husband James Ward Thorne sold their Lake Forest house in 1920,” adds Stein. “Before the Thornes’ belongings were removed, thieves broke in and stole all of their furnishings, leaving only wallpaper and radiators. I can only imagine how the loss of some of those pieces must have haunted her!” 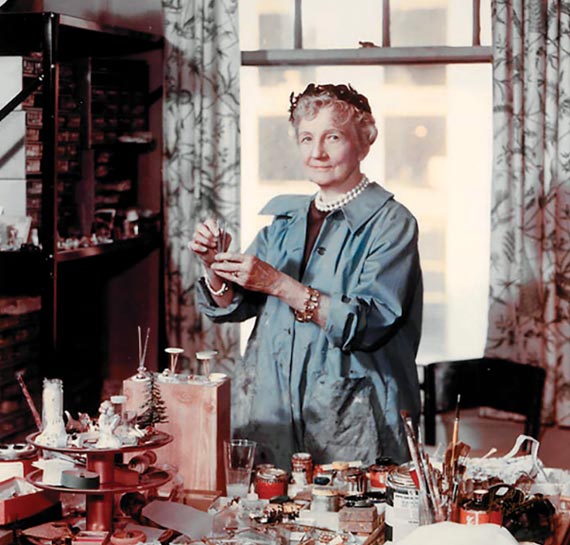 Thorne and Clark would again collaborate 25 years later on some of her original miniature rooms, which Thorne hired Clark to help design while full-size architectural commissions were at a lull in the depression-era 1930s. He is just one of many artisans employed by Thorne in a passion project that garnered attention around the U.S. and Europe.

“In ‘The Art of the Miniature,’ we magnify the work of the talented artists, craftspeople, and designers who executed the Thorne Miniature Rooms,” explains Guest Curator Madeline Crispell.

With rarely exhibited original Thorne miniatures and with contemporary masterpieces from The Kupjack Studios, the exhibit also explores how miniatures are made, the historical context of Thorne’s work, and her enduring legacy.

“The Art of the Miniature” runs through March 2023. Admission is free. The History Center of Lake Forest-Lake Bluff is located at 509 East Deerpath in Lake Forest. For more information visit lflbhistory.org. 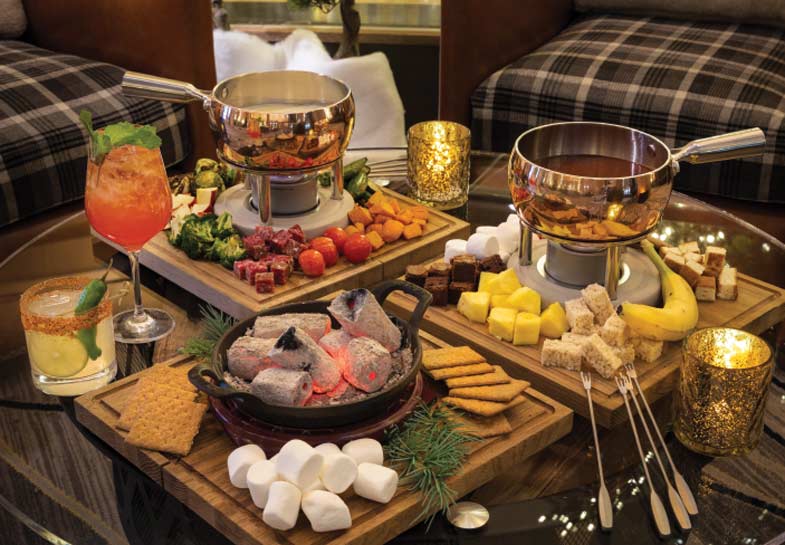 Whether it’s a visit to the Christkindlmarket, a reservation by the big tree at the world-famous Walnut Room, or a shopping expedition on the Magnificent Mile, there are many reasons to day trip or weekend in Chicago this holiday season.

One of our favorite hidden gems is returning again this year and is the perfect addition to your downtown to-do list. Fairmont Chicago Millennium Park’s Fairmont Lodge is back with all of its signature drinks, bites, and winter-themed activities. Nestled between Millennium Park and the Magnificent Mile, the lodge offers a winter haven for families, visitors, and neighbors with cozy décor, fire pit inspired tables with s’mores, seasonal programming, and overnight packages. Chef William Schultz completes the holiday experience with a seasonal menu of bites like Sweet and Savory Fondue, house-made S’mores, and more. Signature handcrafted cocktails include the Cinnamon Spice and Everything Nice made tableside and served in a collectors Fairmont Lodge mug, the Jack Frost made with SelvaRey Rum and an Oh So Delish Hot Chocolate. You can also find warmth and cozy up to the indoor fire pit tables (there are nine total, accommodating up to eight people) at the Lodge from 5 p.m. to midnight Thursday to Sunday. Reservations are required.

For more information on the Fairmont Chicago Lodge and to book overnight accommodations, visit fairmontchicago.com.