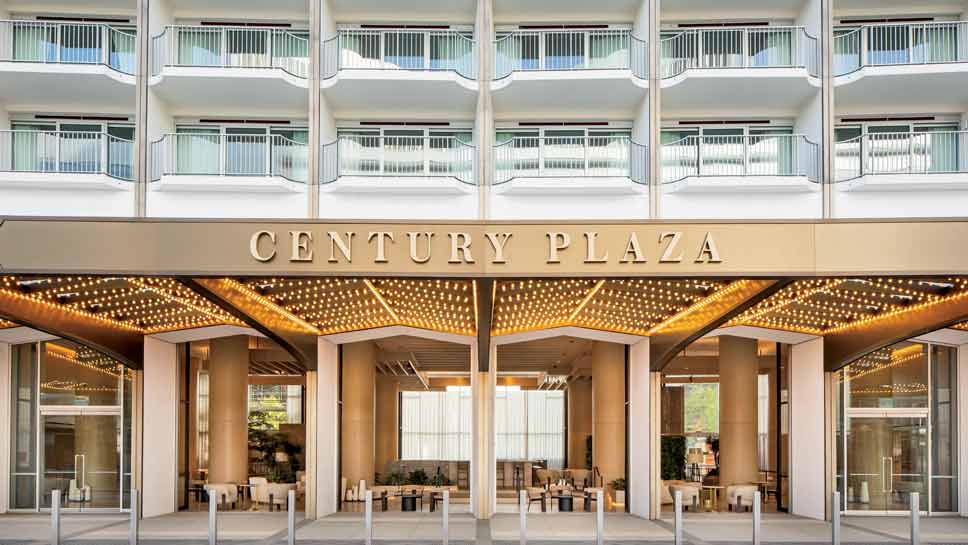 HAVE YOU BEEN TO The Fairmont Century Plaza in Los Angeles lately? If not, add it to your bucket list for holiday travel or an escape to warmer climes in early 2023.

The iconic Century City hotel recently reopened after a $2.5 billion renovation and it’s incredible. Between its star-studded glamourous history paired with luxe amenities galore, a rooftop pool, the elevated and mouthwatering French brasserie, and of course this is LA, so the spa is out of this world. But what I found to be the most intriguing aspect was the grand star-studded history behind the doors of this gorgeous landmark.

In 1966, before it became the Fairmont Century Plaza, the hotel, designed by mid-century famed architect Minoru Yamasaki, opened on the backlot of Century City Fox Studios. Deemed “The Hotel of the Future,” guest rooms were the first to include such modern amenities as color televisions.

The famous hotel also went on to host the Emmys, Grammys, and the first state dinner ever held outside the White House. In fact, when Presidents Lyndon Johnson, Richard Nixon, Gerald Ford, Ronald Reagan, or George Bush visited Los Angeles, they stayed at the Century Plaza Hotel—gaining notoriety as “The Western While House” during the Reagan era.

Beyond presidents, the list of celebs who have walked the hallways and performed in the lobby is quite long, including the Beatles and Sonny & Cher, who were regulars in the 1970s. The hotel’s two elevator banks are each named after the two legends. As a host of various social affairs and award dinners regularly occurred, the hotel also saw such celebrity guests as Meg Ryan, Sharon Stone, Tom Hanks, Magic Johnson, Burt Reynolds, Cary Grant, Bob Hope, and The Supremes. 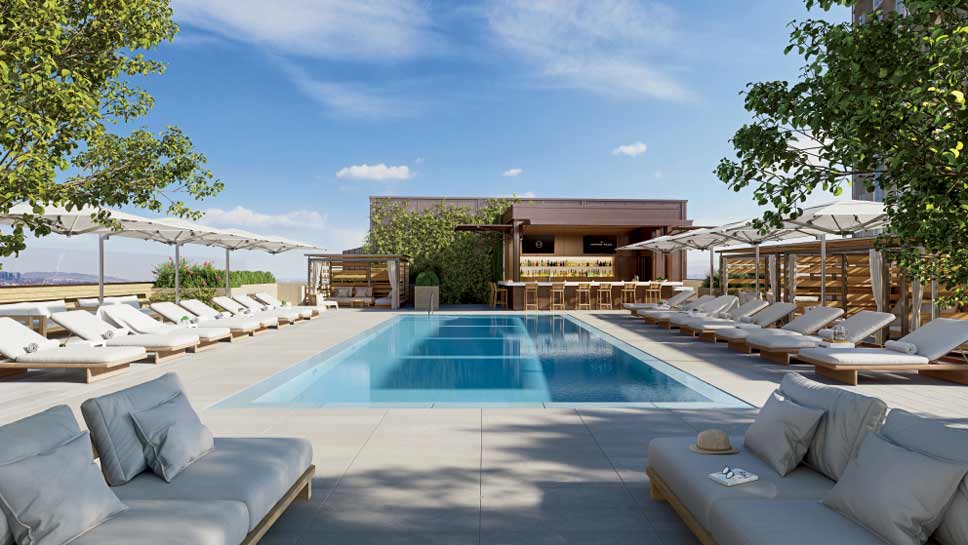 Newly renovated and reimagined true to its legacy, the Fairmont Century Plaza remains a truly grand hotel— with 19 stories forming a sweeping crescent in front of the spectacular fountains on Avenue of the Stars. Behind the hotel set of new twin 46-story towers have been added—resembling, in their triangular shape, the existing Twin Towers across the street. The new towers will add a total of 300 luxury condominiums, described by the developers as “the most elegant condominium homes ever built in Los Angeles.”

The moment I entered the lobby I was enamored with the glamour, clean design, and architecture which shines with its blonde wood and retractable glass windowed walls shrouding the entrance. The impeccably dressed staff greeted me as if I was an old friend returning home. I immediately felt comfortable and knew that not only would I be well taken care of, but also in for an extraordinary experience. 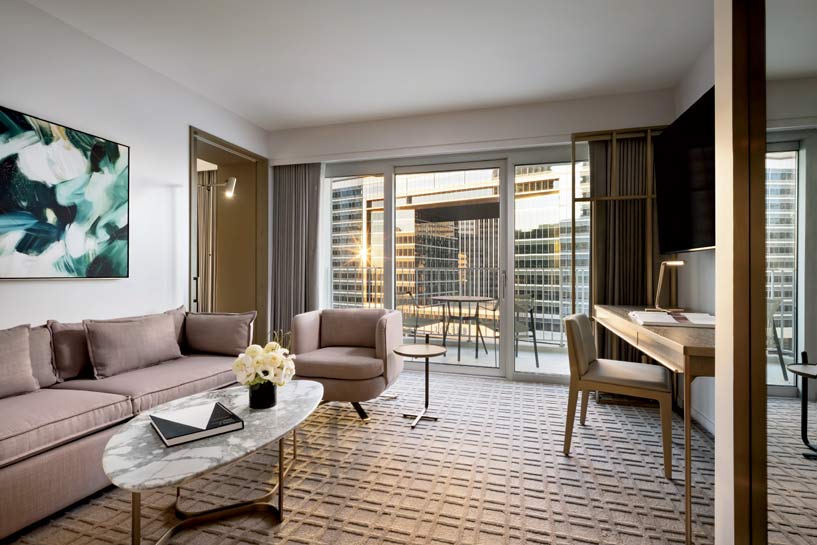 Mind reading must be one of the staff ’s employment requirements because after checking in, I was ushered to The Bar, located in hotel’s show stopping welcoming lobby. The warm breeze filled the space as I whisked myself over to have one of the many perfectly created craft cocktails. The menu wasn’t short of choices with creativity and fresh ingredients, making it hard to stop at just one (I immediately knew I’d be back to taste another). In the evening, I was drawn to the buzzing social scene where I found live music offered every night.

The Guest rooms were beautifully appointed with fresh, crisp white linens in the bedrooms and bathrooms ensconced in grey and white marble. My very favorite amenity had to be the giant soak in tub surrounded by lovely stone, a striking vanity, and shower.

I took a bubble bath and sipped champagne every night because, why not?

Watching the glorious sunset from my private balcony, there’s a view in every direction—looking west towards the Pacific or East to glittering Downtown L.A., I was even lucky enough to see a beautiful, bright rainbow which reminded me of my favorite film as a child, The Wizard of Oz. With nods to beloved film characters from such legendary movies as When Harry Met Sally, the room service menu and an adorable “movie night” portion has salty and sweet snacks for nights in that will really speak to kids. 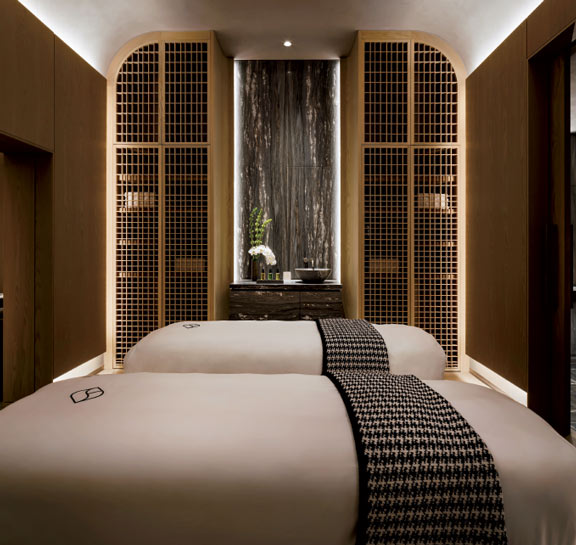 This is L.A., so of course there’s a fantastic spa. What’s perhaps best is that the spa’s amenities—a salt room, a blue-light rain bath, a steam room, is paired so well with the Technogym-rich workout center. I felt like the person I usually only aspire to be, hitting every machine each morning—the variety far surpassing the average hotel gym. Workouts were followed with the guided Theragun recovery center, then resetting again at the spa before starting my day.

Exclusive to Fairmont Spa Century City is the clinic by the award-winning Dr. Rita Rakus. Known by leading medical professionals in the UK and Dubai, her teams use non-invasive procedures and cutting age technology to rejuvenate your skin. For more where that came from, the biohacking offering, which involves an antigravity bed in an infrared sauna, Normatec lymphatic drainage pants, and a red-light mask, seems to be the ultimate L.A. wellness experience. 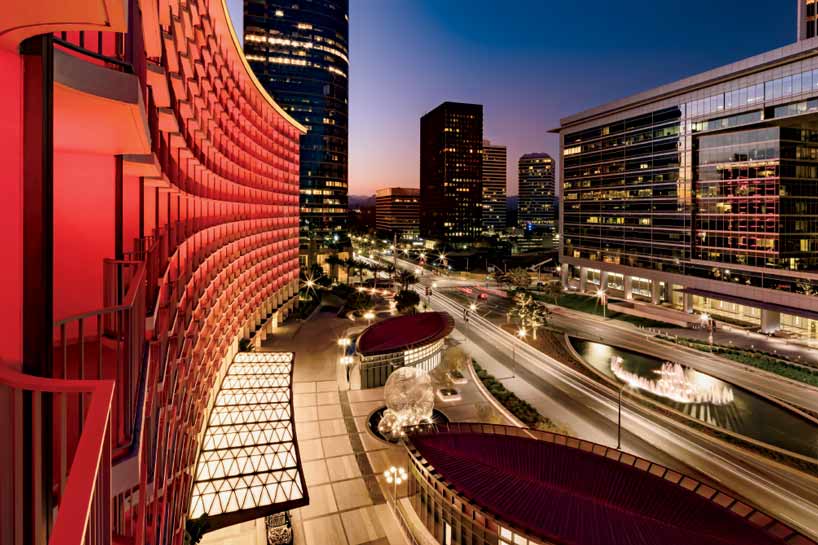 If you know me, you will know that French food is one of my greatest weaknesses. After spending an accumulative two to three years in Paris, I can be a bit of a snob when it comes to bistros and French wine. Entering the traditional French-inspired brasserie, Lumière, crafted by EDG Design, I was greeted with all the elements you would see in a well-appointed French restaurant.

The difference with Lumière is they were authentic antiques carefully curated (and some thrifted) by their design team. I could have spent every night exploring the menu and trying every dish. My very favorite was the chicken liver mousse, French onion soup, and the most perfect mini loaves of bread and freshly churned butter. They couldn’t have nailed it with Lumière any better. 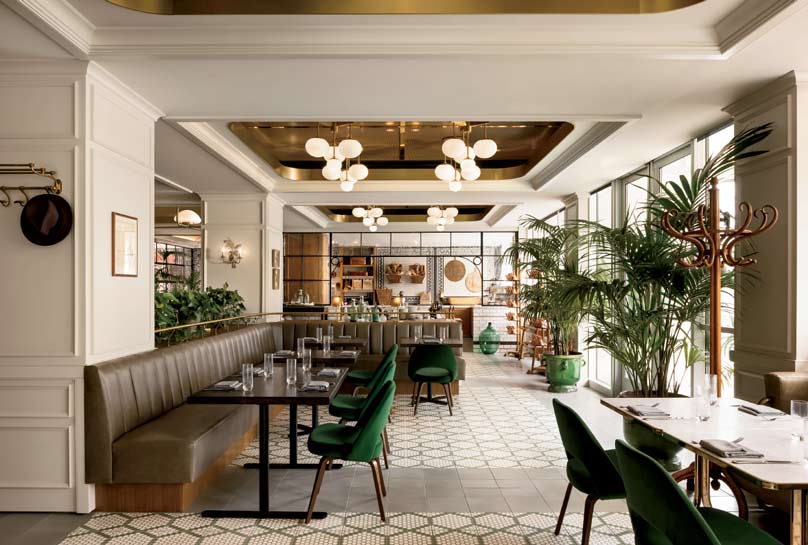 Most of all, Lumière evokes the feeling of being transported to 1920s Paris, honoring the Parisian love of delicious food, good company, and beautiful things. Every aspect was warm and inviting and could be described as timeless bohemian glamour, with a fresh West Coast perspective. “When you visit Lumière, you will truly feel like you’ve stepped back in time to the Golden Age at Café Flore or Les Deux Magots,” says General Manager Paul Quinn.

After my dreams came true at Lumière, I decided to go to the rooftop and take in the sunset. With a digestif in hand, I sat poolside and got lost in the unmatched Southern California beauty. There isn’t much that beats a summer sunset over the Pacific Ocean.

On the morning of my departure, I felt melancholy and more than usual after leaving a luxury hotel stay. My two-night sojourn at The Fairmont Century Plaza not only exceeded every expectation, but they also made me feel at home—summoning memories of my childhood in California and those blissful years in Paris.

For more information about The Fairmont Century Plaza, visit fairmont.com/los-angeles.