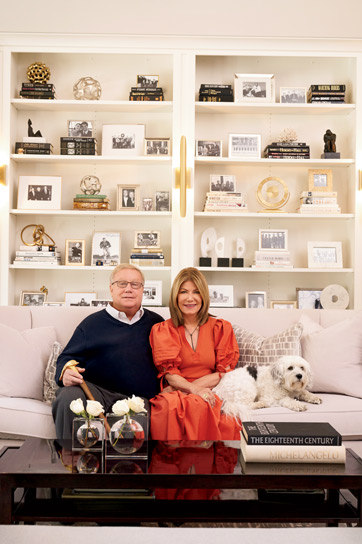 Chris and Diane Brennan and their dog Luna in their Lake Forest home. photography by Lisa Sciascia

CHRIS BRENNAN’S wheelchair sits in a corner of his garage in Lake Forest. It hasn’t rolled an inch in three years.

“You could call that a victory,” a smiling Brennan, 65, says after nodding at the static transport on an August afternoon.

Victory? Bigger than that. You could make an airtight case that Brennan has won the equivalent of a few Boston Marathons, a handful of Olympic gold medals, two Heisman Trophies, and an Ironman Triathlon since a 25-foot, freak fall off a patio during a brunch in Arizona damaged his C4 through C7 vertebrae and left him a tetraplegic (one with partial or total loss of movement in all limbs and in the torso) in 2014.

Months later, while attending a conference in New York, he awoke at 5 a.m. with sepsis. Brennan had suffered a perforated intestine. He underwent abdominal surgery after writing a moving note to his wife, Diane, six children, and two stepchildren because he had been given a 10 percent chance of survival.

Oh, and the severed spinal cord he’d incurred during neurosurgery, which kept him in an ICU unit for 34 days? Surgical error. The cut left the 1976 Loyola Academy graduate—who grew up “on the mean streets of Kenilworth” and earned Loyola Academy Athletics Hall of Fame enshrinement after rushing for 1,000 yards and averaging 10 yards per tote as a senior tailback and clocking crazy-fast times of 10.2, 22.3, and 38-flat in the 100-yard dash, 220-yard dash, and 330 low-hurdles, respectively, for the Ramblers’ track and field team—paralyzed from the neck down.

Chris Brennan, also a prostate cancer survivor, has received his Last Rites seven times since turning 57. Seven times. But please refrain from mentioning a cat’s nine lives in his presence.

“Don’t want to hear it,” Brennan, stretching another wide smile, says. “That means I have only two lives left.”

The most indestructible sense in the world has to be Brennan’s sense of humor. But match that against his perpetual positivity and you’d have to settle for viewing a hard-fought stalemate.

Brennan added to his skyscraper-high pile of victories in 2018 when he launched the Brennan Rehabilitation Foundation, a 501c3, Lake Forest-based charitable organization committed to helping individuals, who have suffered cervical spinal injuries causing physical and cognitive disabilities, and their families and communities, by providing financial resources to help ensure a continuum of rehabilitation resources and provide opportunities for individuals to ultimately reach optimal health and independence.

An estimated 17,000 people in the U.S. survive a spinal cord injury every year. Medical costs for some victims have been known to reach a stratospheric $500,000—in the first year.

“I was lucky,” says Brennan, who served as chairman/CEO of TGI Systems, a global visual branding company for stadiums and arenas, from 2012-2017, following an array of impressive posts mostly in the broadcast industry, including founder of One-On- One Sports, Inc., and Premiere Global Sports President/CEO/ Board Member. “After my accident, I found out I had disability insurance. I had no idea I had signed up for it. My transition from hospital to home was softer, easier, compared to many others with my condition because of my insurance and resources.

“Paralyzed people,” he adds, “often feel hopeless, in part due to how tough and painful rehab can be and in part due to the costs. I remember telling my wife, ‘If I survive this, I’m going to start a foundation.’”

Brennan did more than survive his tumble atop boulders in The Grand Canyon State eight years ago. He threw himself into physical therapy from the get-go. Pain was his workout partner, daily. But he dealt with it, probably set a record for winces squeezed in a three-hour segment one day, and persevered, persevered, persevered. It also helped immensely to have been paired with a Rehabilitation Institute of Chicago (now Shirley Ryan AbilityLab) physical trainer named Jennifer Traines—the very same Jennifer who, decades ago, happened to be a second grade AYSO soccer teammate of Kelley Brennan, one of Chris’s daughters. 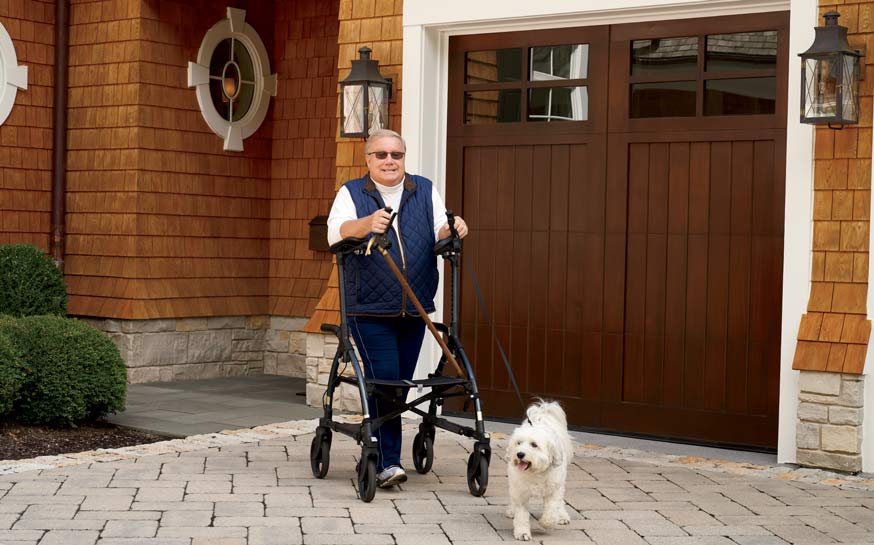 Chris Brennan will never forget the cheerful, firm message he heard from Traines while staring a hole into a ceiling tile at RIC.

“Getting physical exercise, and sticking with a regimen, has been critical to my recovery because of the role it plays in establishing new nerves,” says Brennan, who uses a cane or a walker to ambulate and a recumbent bike to build strength and zip past neighbors, also known as rabid Chris Brennan fans.

Brennan’s good fortune and strong desire to buoy the hopes of other spinal cord survivors—locally and nationally—led to the establishment of the Brennan Rehabilitation Foundation’s annual Socrates Award lifetime grants. Recipients (usually three per year) receive $1,000 every year for the rest of their lives for having demonstrated the efforts in working to achieve personal success while pursuing the daily grind of physical rehabilitation.

The award spotlights the Socrates Creed: strive for a healthy mind in a healthy body.

“The daily pursuit of a healthy mind and healthy body, in the face of adversity, is the true testament to one’s character,” Brennan says. “Such a quest is made easier by providing the economic resources to cover a victim’s therapy, equipment, prescriptions, and in-home care.”

Among this year’s honorees is eight-year-old Cooper Roberts, a victim in the July 4 attack in Highland Park. The others: Chicago Police Officer Daniel Golden, a U.S. Army veteran who became paralyzed from the waist town while trying to break up a fight outside a Chicago bar in July; and Christopher Medak, a writer/producer who was paralyzed in 2017 while body surfing off the coast of Los Angeles.

The Brennan Rehabilitation Foundation holds its Casino Night fundraiser on November 5 at Sunset Ridge Country Club in Northfield. The Foundation’s Double Down on Disabilities Fund aims to raise $250,000 every year in cash and in-kind services to help individuals and their families burdened with the physical, emotional, and financial stress of a spinal cord injury causing a permanent disability.

Brennan sits at a table in his home, content and energetic and eager to talk some more about his Foundation. It’s way up there on his Top 10 List of Subjects To Discuss but not ahead of Diane. They got married in 2012.

“My wife was always there to push me, to encourage me, after my accident,” Brennan says. “She’ll always be there for me. She’s been such a great partner and supporter. Special. How fortunate am I that she’s in my life?

“I offered to help her with the dishwasher the other night, but she told me, ‘No, you broke three dishes the last time you helped.’ I sometimes drop things.”

But he hasn’t fumbled a thing as head of the Brennan Rehabilitation Foundation.

“Chris continues to turn a negative in his life into a positive,” says Lake Forest resident Janie Walsh, who serves as a Brennan Rehabilitation Nominating Committee Co-chair. “He’s an amazing person, doing fabulous things for the Foundation. He’s a hero to so many. He’s definitely a hero to me.

“I can’t say enough positive things about him.”