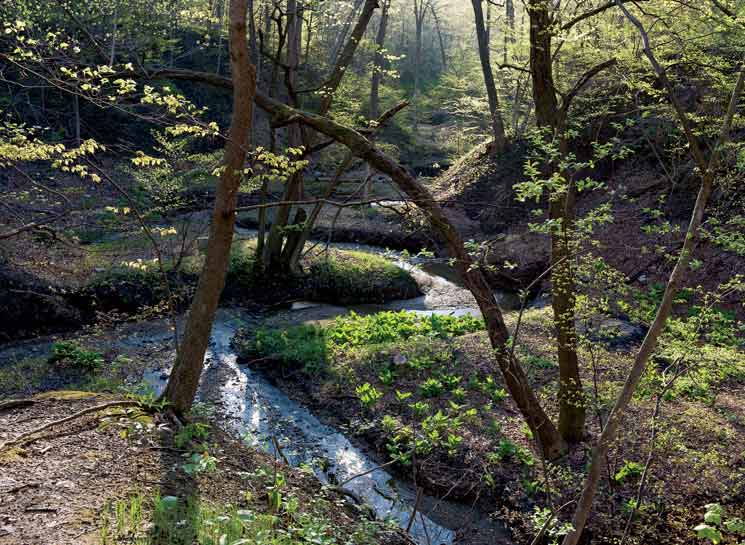 ONE OF THE pillars of Lake Forest Open Lands is to grow conservation leaders. So, it should come as no surprise that the environmental nonprofit looked inward when it was time to elevate new leaders.

This year, after 12 years of steadfast leadership, Lake Forest Open Lands’ President and CEO John Sentell is retiring. As part of the organization’s transition, Sentell worked closely with the executive search team to secure his successor. 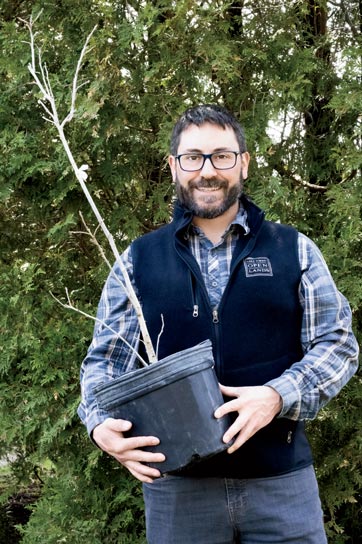 “I came home from my freshman year of college at the University of Vermont and found my environmental studies major to be very depressing at the time,” remembers the Lake Forest native with a laugh. “But I decided to apply with Lake Forest Open Lands for a summer internship. I remember Marion Cartwright (who is now on the Board of Governors) interviewed me. That internship really saved me. It gave me hope and confidence in my ability to make a difference.”

London returned in 2001 and has been with the organization ever since.

Since its establishment in 1967, Lake Forest Open Lands has permanently preserved, restored, and maintained more than 900 acres of local native landscapes including prairies, savannas, woodlands, wetlands, and ravines for the benefit and enjoyment of the local communities. There are over 14 miles of walking trails that are open to the public year-round. Considered a leader among land trusts, Lake Forest Open Lands often serves as a resource to other emerging conservation groups in communities nationwide. In 2009, LFOLA became the first Illinois land trust to be accredited by the Land Trust Accreditation Commission, a mark of distinction in land conservation.

“The Midwest isn’t always considered a trendsetter, but Lake Forest Open Lands is often recognized as a standard bearer for the work we do preserving and restoring our landscape,” adds London. “Conservation is such a part of our lineage.”

London was instrumental in Lake Forest Open Lands’ recent land acquisition currently called the Westfork Savanna —the largest land donation in the history of the organization.

“Just last week, after 23 years of working with Lake Forest Open Lands, I had my first volunteer day on a brand-new preserve,” London says. “It was an incredible feeling to experience this after all of this time.” 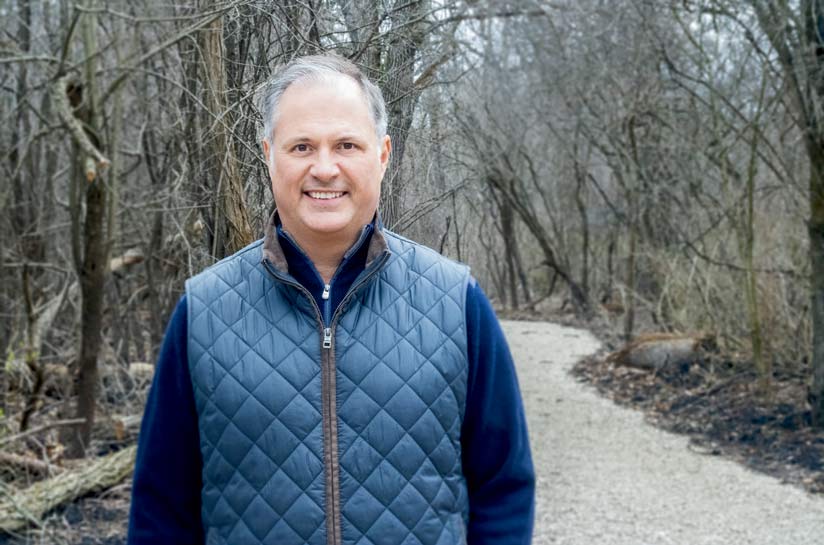 As London takes on his new role, Brett Paschke— a partner at William Blair—will take the reigns as the next Chair of the Board of Directors, succeeding Frederick Wacker. Paschke has served as a member of the organization’s Board of Governors and the Board of Directors and served on several committees with LFOLA since moving to Lake Forest more than 20 years ago.

“We chose to live in Lake Forest over other North Shore suburbs because of all the open spaces,” Paschke says. “As just a resident, I appreciated how this was something truly unique and special to Lake Forest.”

One of the first things Paschke hopes to do in his tenure is to have all of the former board chairs for dinner at his house.

“There is so much to learn from the people who have held this position before. We are really fortunate to have a lot of people who are very committed to our community— including our city’s political officials,” says Paschke, who visited Lake Forest Open Lands’ first board chair—John Lillard—in Florida soon after he accepted his new position. “It was kind of like talking to the ‘godfather,’” he adds with great admiration. “It was important for me to hear from John himself what he would like to see for the organization going forward.”

Paschke is enthusiastic about moving into his new role as London takes on his. “We are so lucky to have Ryan. He knows every foot of our land and has spoken with every neighbor on every easement. He’s an incredibly valuable resource. Ryan, coupled with our amazing junior and senior staff—many of them who have been with us for years—as well as some new talent we’re bringing in from the outside— has Lake Forest Open Lands well positioned to continue strong into the future.”

One of the most exciting projects being unveiled this year will be the opening of the McCormick Ravine this fall. “It’s spectacular,” says Paschke. “People will absolutely love it. This project was a huge engineering undertaking and Ryan was involved in every detail.”

Paschke and London are excited to usher Lake Forest Open Lands into its next chapter, knowing their success will be based largely on engaging private landowners in the organization’s mission and stewardship, as well as never forgetting how far the organization has come.

“We will never be able to thank John (Sentell) enough for the extraordinary contribution he made to our organization and the one he will continue to make during this time of transition,” adds Paschke.